Posted in: Disc Reviews by William O'Donnell on January 12th, 2013 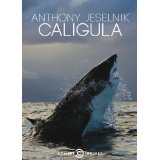 Probably most known for his roasts on Comedy Central, Anthony Jeselnik offers an hour (included the many long pauses) of stand-up comedy that is 100% bad taste. Dark humour and a huge ego are Jeselnik’s shtick so you have absolutely every reason to walk away from this…except you might actually catching yourself laughing.

Jeselnik never attempts to make friends with the audience. It’s common for a comedian to talk to members of the crowd and perhaps take a few shots at them. Jeselnik sets out to offend and elevate himself above everyone in the room with him. Again…this is his act. Could he be a true egomaniac? Perhaps. He’s certainly good at portraying one onstage. More importantly, is it funny? The answer: sometimes.

Rape and suicide are extremely touchy subjects and debates keep resurfacing about whether or not we can or should joke about them. Jeselnik not only jokes about them but keeps count of how many rape jokes he’s telling as he tells them. To me, a bigger sin for a comedian to commit than telling bad taste jokes is if they aren’t funny. Jeselnik can be funny but his material is not strong enough to warrant the enormous pauses he gives every single joke. By the end of the hour I felt like maybe witnessed a 15-minute set.

Widescreen 1.78:1. It’s a man barely moving on a stage and a crowd chuckling in their seats…not the most dynamic visuals in the world but the presentation is hardly lazy about it. Things look nice and clear. Even the audience is lit well enough that there is minimal haze in the relatively dark shots of their laughter.

Dolby Digital Stereo. The laughs are very clear, as are Jeselnik’s jokes. The audio is a bit quieter compared to some other stand-up DVDs but that’s nothing a little cranking of the volume knob can’t fix.

Uncut versions of Jeselnik’s roasts of Donald Trump, Roseanne Barr and Charlie Sheen. These clips are vastly funnier than the main feature. Jeselnik is more in his element with a roast.

In a tighter half hour set, I’ll bet Jeselnik would truly kill. Here, he feels a bit stretched. With a few more years under his belt (and if he can curb some of the smugness) we might see some genius work coming from this lad.