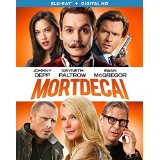 “A man of your age has no excuse for looking or behaving like a fugitive from a home for alcoholic music hall artistes.”

Sound like anyone you know? Johnny Depp is one hell of a talented actor. There are few in the industry than can so completely inhabit a character. He has an uncanny ability to make you forget Johnny Depp the actor and lose yourself in his performance. He is a chameleon physically and expressively. Unfortunately, Johnny has had trouble finding box office gold lately. You see, he’s having a lot of fun at our expense. But it’s not just we who are footing the bill for his tomfoolery. The studios are handing out hundreds of millions of dollars for box office misses like The Lone Ranger, Transcendence, Dark Shadows, The Rum Diaries and the animated Rango. Depp appears interested only in making films where he can have a blast on screen and doesn’t appear all that concerned if the film makes any money or if the audience feels like they’ve been invited into the party. You can now add Mortdecai to that list. There’s absolutely no question that Depp is having a blast, but if you paid anything at all to see it, it was at your expense.

The material is based on a series of books written by Kyril Bonfiglioli, particularly the one entitled Don’t Point That Thing At Me. Depp read the book years ago and has been captivated by the character of Mortdecai ever since. It’s really no surprise, because Mortdecai is the perfect Johnny Depp character. He’s a little bit Inspector Clouseau from The Pink Panther films, but without the innocent-like charm that Peter Sellers brought to that character. Mortdecai is an aristocrat who can no longer afford his family estate because he’s generally lazy, childish and a con man. And those are his good points. He relies on the faithfulness of his manservant Jock (Bettany) who is the kind of servant who is either too stupid or too loyal to deny the man anything, even to the point of getting mistakenly shot several times with an “It’s an honor” attitude. He also takes for granted the kind heart of his wife Johanna (Paltrow), who might appear distant but loves him terribly. Part of this comes out in the film through an over-played running gag about a moustache she hates and he is unwilling to part with because he has too much invested in it. Plus, he believes it makes him appear more debonair.

The trio become embroiled in a caper involving a stolen work of art that is being sought by collectors, MI5, and a terrorist played by Jonny Pasvolsky, because it is believed to contain account numbers for hidden Nazi money. He’s being blackmailed to help by MI5 Agent Martland (McGregor) who threatens to have him arrested for his various known cons and about 8 million pounds of tax debt. Mortdecai sees it all as his way to pay off his debts and regain his aristocratic lifestyle. Martland also has his eyes on Johanna and hopes to keep Mortdecai busy and distant enough to romance her. Of course, it’s a case of who is actually using who when it comes to Johanna and Martland. The result is pretty much a farcical romp very much in the Blake Edwards style.

There’s no question that this is a talented cast. The problem is they are not at their very best. If anyone is putting in a solid performance here, it’s got to be Ralph Bettany as Jock, likely because he’s the only one under-playing the part and going for the subtle choices even in over-the-top situations. He’s virtually deadpan in his expressions, which stand out from the exaggerated beats from the others. Paltrow’s British accent isn’t at all bad, and even she appears to be attempting to stay a bit in check. Of course, how can you do that while Depp is practically dancing jigs all about you? It makes Bettany’s performance even more impressive.

The story has some pretty interesting possibilities and is populated with all manner of eccentric personalities. The problem is that it is a near miss almost entirely throughout. Depp is usually not obvious unless he’s trying entirely too hard, which is exactly what’s happening. The gags are often telegraphed to the point where there’s no wit remaining. Truth to tell, Mortdecai misses a mark that Kingsman: The Secret Service hits dead-center. It wants very much to be that clever. It isn’t.

The most interesting thing about the film is its rather nice score. The music combines a variety of styles and references so that it stands out almost to the point of distraction. It’s an original score that reminds us of so many elements, and it absolutely steals our attention from the clumsy pratfalls of the action.

The film also sports a rather nice production design. There are some very clever transition scenes. A lot of attention was spent creating this unique look and feel that again it’s a mystery why it never connects. It’s likely that director David Koepp never had control over his cast. There’s evidence of a lot of improve, and I suspect it all got terribly out of hand by the time it was over. Of course, that’s not entirely Koepp’s fault, is it? I mean, how do you tell Johnny Depp to pull it back? It’s like trying to tell the ocean to be less wet.

Mortdecai is presented in its original aspect ratio of 2.40:1. The 1080p image is arrived at with an AVC MPEG-4 codec at an average 35 mbps. There’s no question that this high-definition image presentation is a pretty solid affair. The movie might not be that good, but the production design is quite nice, and it’s well represented here. Colors pop, and the film has a nice bright quality that doesn’t take away from some wonderful textures. Detail and sharpness abound with some soft focus for longer shots. Black levels are nicely deep and rich in shadow definition.

The DTS-HD Master Audio 7.1 is wasted on anything but the remarkable score. Still, it is perfectly clear and dynamic where it needs to be. Surrounds are used more to enhance the score cues and create a whimsical sense of merriment. On that score it was successful. The sub levels don’t really reach out and bite, nor should they, really. It’s a very pleasant audio presentation, to be sure.

Stolen Moments – On The Set: (16:33)  This Depp-centric feature gives you plenty of production footage. That includes outtakes and plenty of laughs. Depp narrates the footage with his thoughts.

The Art Of Noise – Making Music: (12:15) The music is the best part of the film and this piece is dominated by composer Geoff Zanelli, who talks about the musical ideas with a focus on his collaboration with Mark Ronson.

Unfortunately, this one really isn’t worth the time. I still have faith that an eventually more mature Johnny Depp will return to acting as a craft instead of a paid party. When that day comes, I expect to be first in line to see it. But that day isn’t today, and that movie isn’t Mortdecai. Honestly, I think Depp’s current act has been “done to death with malice and forethought.”

Gino Sassani is a member of the Southeastern Film Critic's Association (SEFCA). He is a film and television critic based in Tampa, Florida. He's also the Senior Editor here at Upcomingdiscs. Gino started reviewing films in the early 1990's as a segment of his local television show Focus. He's an award-winning recording artist for Omega Records. Gino is currently working on his 8th album Merchants & Mercenaries. Gino took over Upcomingdiscs Dec 1, 2008. He works out of a home theater he calls The Reel World. Favorite films: The Godfather, The Godfather Part II, The Body Snatcher (Val Lewton film with Karloff and Lugosi, not the pod people film), Unforgiven, Gladiator, The Lion King, Jaws, Son Of Frankenstein, The Good, The Bad And The Ugly, and Monsters, Inc.
Broadchurch: The Complete Second Season Pitch Perfect 2