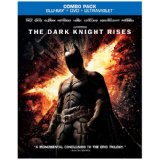 In the spirit of full disclosure, let me state that my favorite comic book hero is Batman. As a child, even before the sixties TV show premiered, I loved the tale of Batman. It is a story of a child who overcomes the fear and destruction of his childhood and becomes stronger because of it. He grows into an extraordinary man and, in spite of having no super powers, created a legend out of himself by becoming an icon for justice. Bruce Wayne channeled his lust for vengeance into mastering his intellect, detective skills, science and technology, physical prowess, martial arts skills, an indomitable will, fear, and intimidation skills to fight his continuous war on crime. He may have inherited almost limitless wealth, but he didn’t let it make him soft; instead he converted the riches into a crime-fighting asset. His behavior may have been borderline psychotic, but he lived by an impossibly strict, but simple, set of rules… no guns, no killing, no glory, but most of all, zero tolerance for crime.

When the Batman TV series premiered on ABC, January 12, 1966, I remember being very excited, but ultimately let down by the campy, tongue-in-cheek nature of the show. I still loved it, but it wasn’t the Batman I knew from the comics. Then, in 1986, Frank Miller wrote his masterpiece comic book miniseries, The Dark Knight Returns. It channeled all the grim subtext of the golden and silver age comics and restored the Dark Knight to his dark roots, forever removing the campy taste from our palates. This led to a Batman renaissance in comic books, peaking with Alan Moore’s classic Joker story, The Killing Joke.

Then, in 2005, Christopher Nolan brought us Batman Begins. He didn’t just capture the Batman I had always dreamed of, he made it even better. Sixty-six years after the first appearance of Batman in Detective Comics #27, Nolan, like Frank Miller, tapped into the very essence of the story and elevated it beyond expectation. Imagine my astonishment when in 2008 magic happened and Nolan’s Academy Award-winning sequel The Dark Knight proved not just a better film than its predecessor, but transcended the genre and elevated it to unfathomable heights.

I simply couldn’t imagine how Nolan, or anyone else, could possibly top it. I am here to tell you folks, with The Dark Knight Rises, Nolan not only tops it, but he creates an utter masterpiece. Simply put, in this critic’s humble opinion The Dark Knight Rises stakes its claim as the greatest comic book adaptation of all time and quite likely the best movie of the year, perhaps even the decade. This is a film best viewed cold, and for that reason I will not give any synopsis. If you are looking for spoilers, look elsewhere on the net, but you will be doing yourselves a great disservice.

The Dark Night Rises is presented in two different aspect ratios. Most of the film caries a 2:40:1 aspect ratio. There are many action scenes that are reproduced in 1.78:1 which is the IMAX footage. The 1080p image is arrived at with an AVC MPEG-4 codec at an average 30 mbps. At first I thought it would be distracting. It was surprisingly flawless. There’s no question that the IMAX footage is brighter and has an extra level of clarity to it. Overall the entire release sports an impressive high-definition image presentation. The film is dark throughout, and that shouldn’t come as much of a surprise. The colors are often cold and a bit drawn. The vista shots, particularly the opening plane shots are remarkably colorful and bright. It’s quite a contrast to the rest of the film. Fortunately, black levels deliver wonderful shadow definition or this could have been one muddy mess. It’s a good show-off film, to be sure.

The DTS-HD Master Audio 5.1 is alive with wonderful subs. The mix fixes a huge problem with the film in its original IMAX presentation. The subs were overwhelming, and it was hard to make out much of what Tom Hardy was saying beneath his mask. This transfer manages to keep all of the booming bass, but Hardy’s dialog finally cuts through sharply. The mix is aggressive and will offer you a ton of ear candy. The score is one of the franchise’s best and is reproduced magnificently here. There is a notable difference when the IMAX stuff kicks in. It has far fuller bass and will rumble a well-designed home theater to its core.

Warner Brothers was very smart here. They kept a single disc just for the film and put the extras on a separate disc. That kept the bit rate high and the image quality superior. The second Blu-ray disc contains the following in high definition:

The Batmobile: (58:17) Everything you ever wanted to know about all of the various cars used both on film and television. Even the comics and animated versions are discussed. Meet the folks who designed these cars and see all five of them together in one place for the first time ever. Participants from earlier Batman incarnations join the fun. They include Adam West and Tim Burton.

Ending The Knight: This is a rather tedious set-up. The feature is separated into three sections, each with their own sub-sections. They cover all aspect of the production but require you to be selecting, often after just five minutes of material. A play-all feature was very badly needed here.

There are trailers and other ad campaign goodies.

My fellow reviewer still enjoyed The Avengers more, but that was a superhero move, and, yes, I still feel it stands as the greatest superhero movie to date. The Avengers is all about super powers and super battles, incredibly fun and as light as parfait. Nolan, however, transcended this genre and brought incredible social relevance to the story of a man without superpowers who dresses up like a bat to fight crime. This final installment of the trilogy rises, like the Dark Knight in the title, above the previous two, wrapping the story into a complete and epic end… and I do mean end. Some may be shocked by the ending; I know my eyes weren’t dry as I witnessed it.

parts of this review were written by Gino Sassani