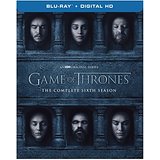 “Does death only come for the wicked and leave the decent behind?”

Throughout its first five seasons, Game of Thrones has been relentlessly cruel to its viewers heroes in a way that shocked audiences and upended genre expectations. But as Thrones edges toward its conclusion — and as the TV adaptation becomes more unmoored than ever from the George R.R. Martin novels that inspired it — certain storytelling conventions seem to be inevitably taking over. I seriously doubt this saga will have a traditional “happy ending,” but season 6 is as close as the show has ever come to being a full-blown crowd-pleaser.

Season 5 ended on the sorta-cliffhanger death of Jon Snow (Kit Harington), the closest remaining thing to a traditional action/fantasy hero on the show. I say “sorta-cliffhanger” because even as the knives of Jon’s Night’s Watch compatriots were being thrust into his mid-section, Thrones fans had a pretty good sense it wouldn’t be the end for the character. (Season 6 wisely doesn’t bring Jon back into the fold immediately, which allows his death to have the proper weight.)

Elsewhere in Westeros and Essos, Daenerys Targaryen (Emilia Clarke) finds herself separated from her queendom in Mereen — trusted adviser Tyrion Lannister (Peter Dinklage) is tasked with keeping the fragile city together — and thrust back into a compromising position with the Dothraki. Sansa Stark (Sophie Turner) and Theon Greyjoy (Alfie Allen) escape the sadistic grip of Ramsay Bolton (Iwan Rheon) and each resolve to return to familiar (and familial) surroundings. In King’s Landing, Cersei Lannister (Lena Headey) faces judgment from the High Sparrow (Jonathan Pryce) as the latter forges a stronger connection between the Crown and the Faith. The High Sparrow’s growing influence further distances Cersei and twin brother/lover Jaime (Nikolaj Coster-Waldau) from their son King Tommen (Dean-Charles Chapman).

The show’s sixth season includes material from Martin’s fourth and fifth “A Song of Ice and Fire” novels — “A Feast for Crows” and “A Dance with Dragons”, respectively — and even incorporates elements from the author’s upcoming(?) sixth novel “The Winds of Winter.” That being said, this is the first season of Thrones that is largely comprised of content not (yet?) found in Martin’s books. While showrunners David Benioff and D.B. Weiss have certainly received input from Martin on the broad strokes of where the saga is headed, the duo has made the TV version of Thrones its own distinct creation.

As a result, I don’t think it’s a coincidence that Thrones turned in its most fan service-y season yet as the show distanced itself more than ever from Martin’s text. In addition to the Jon Snow resolution, the sixth season features long-lost relatives reuniting after their family suffered brutal close calls (Ep. 4/“Book of the Stranger”), the surprise return of a gruff and presumed-dead fan favorite (Ep. 7/“The Broken Man”) and, most importantly, Dany and company eventually untangling themselves from the Mereen quagmire.

On top of that, the return of the gifted Bran Stark (Isaac Hempstead Wright) after a one-season hiatus allows the show to depict events from the Thrones saga that predate the show’s timeline. For example, the Tower of Joy reveal in the season finale/“The Winds of Winter” is the sort of thing fans of Martin’s books have been salivating and theorizing over for years. But before you start thinking that Thrones has gone soft in its old age, Ep. 5/“The Door” concludes with the heartbreaking, mind-bending death of one the show’s most lovable characters.

– “You didn’t didn’t come here to talk about sisters.”

However, it’s hard to ignore that the big blinking headline of this season is the rise of many of the show’s female characters, especially when compared to their ineffectual brothers. Since the beginning, the show has drawn criticism for its cruel treatment of women in Westeros and Essos, but they were the ones making moves throughout the Thrones universe this season. You see it with Sansa making strategic plays in the North while her sister Arya (Maisie Williams) comes to the end of her Faceless Man training. Heck, even comparatively minor characters — Margaery Tyrell (Natalie Dormer) trying to slap sense into shell-shocked brother Loras (Finn Jones); Yara Greyjoy (Gemma Whelan) challenging her murderous uncle Euron (Pilou Asbaek) for the Iron Islands — followed the trend.

Season 6 concludes with two of the finest episodes Thrones has ever produced. Ep. 9/“Battle of the Bastards” has no peer on the small screen and is as breathtaking as anything you’ll see at the movies. And Ep. 10/“The Winds of Winter” is somehow even better, starting with a haunting and agonizingly tense 20-minute sequence in King’s Landing and (fittingly) concluding with a shot that promises an epic clash between a pair of fearsome queens.

Game of Thrones: The Complete Sixth Season is presented in an aspect ratio of 1.78:1. The 1080p image is arrived at with an AVC MPEG-4 codec at an average of 29 mbps. Simply put, Game of Thrones continues to be the best looking and most ambitious thing HBO has ever done (which is no small feat). It is also the most spectacularly versatile image that can be found on the small screen. Although King’s Landing has reliably provided exquisitely warm tones and rich texture since the show’s start, season 6’s re-acquaintance with the horse-riding Dothraki added some impressive panoramic punch and terrific fine detail to the show’s boldest and brightest settings.

In other parts of Westeros and Essos, the image continues to be unfailingly clear and blemish-free while offering extraordinary detail (I repeatedly caught myself staring at Jamie’s dazzling Kingslayer armor in Ep. 7/“The Broken Man”) in the grimmest conditions. The scenes inside the House of Black and White and the introduction of Vaes Dothrak usher in some inky black levels, wonderful separation, and exemplary shadow detail. At the other end of the spectrum, winter has come…so we get some resplendent snowscapes as Bran Stark continues his Three-Eyed Raven tutorials.

The Dolby Atmos track defaults to a middling Dolby Digital 5.1 presentation. Luckily, there’s also a Dolby TrueHD 7.1 presentation here, which is what I’ll be reviewing. (I highly recommend you switch over to that whenever you watch the show. It works quite well even if you have a five-channel set up.) If there’s any TV show worthy of the Atmos/two bonus channel treatment, it’s definitely Thrones. The surround sound field continues to be consistently lively while remaining detailed in a way that never distracts from the story on screen. In fact, it’s quite the opposite…we are totally sucked into this fantastical realm without totally realizing it. There are obvious showcases like the sensory overload in “Battle of the Bastards”, which includes some room-shaking sub activity as horses gallop across the screen and many, many bodies hit the ground.

However, the presentation also offers subtler delights, like the mournful, season-opening wail from Jon Snow’s direwolf Ghost, which starts in the right rear speaker and eventually makes its way to the center. Dialogue remains crystal clear, and composer Ramin Djawid’s score is as sweepingly majestic as ever. Overall, this presentation is top-notch, even with the (slight) hassle of having to switch from Dolby Digital 5.1 to the 7.1 track every time non-Atmos users insert a new disc.

All of the bonus material is presented in HD. The audio commentaries and the In-Episode Guides can be found on each of the four discs.

In-Episode Guide: Consistently the most useful special feature, this pop-up guide allows you to access information about each character and setting while the episode is playing. So if you’re not sure how two characters in a given scene are related to one another — or which part of the Seven Kingdoms we’re currently visiting — press the menu button and take a quick peek. This is always recommended for people who haven’t read the books and would like some more backstory.

Histories and Lore: A series of animated/motion comic-style videos narrated by characters like Euron Greyjoy, Brother Ray, and Jorah Mormont, who offer helpful information about Thrones locations like Vaes Dothrak and factions like the Children of the Forest, House Tarly, and many more. Does not feature a Play All option. Available on Disc 4.

(Features available on Blu-ray and DVD)

Audio Commentaries: There are 13 total tracks. Every episode gets at least one, with Ep. 5/“The Door”, Ep. 9/“Battle of the Bastards”, and Ep. 10/“The Winds of Winter” each getting two commentaries. The tracks once again feature an excellent variety of directors (Jack Bender, Miguel Sapochnik, etc.), writers (showrunners David Benioff and D.B. Weiss), crew, and actors (Peter Dinklage, Lena Headey, Nikolaj Coster-Waldau, Kit Harington, Sophie Turner, and many more).

The commentaries with the crew members give you a great appreciation for what a technical and logistic miracle this show is every season. Meanwhile, the actors mostly poke fun at all the nudity and fantasy shenanigans. (I particularly enjoyed one-time guest star Ian McShane’s general bewilderment about what was going on.)

Recreating the Dothraki World: (20:15) Cast and crew were pretty excited to revisit the Dothraki in a significant way for the first time since season 1. This featurette examines the production design, the making of the costumes, and (of course) how a new set of actors had to learn the fictional Dothraki language. Available on Disc 2.

The Battle of the Bastards: (30:01) Billed as the most ambitious episode of Thrones to date, “Bastards” was comprised of 25 10-hour days, 500 extras, and 80 horses. We get an in-depth look at every aspect, including fight choreography, dealing with rain and a muddy field, and visual effects. Excellent stuff here.

18 Hours at the Paint Hall: (28:17) Paint Hall is the main production hub for Thrones, and the show’s multiple production crews — a third “White Walker” unit was added for season 6 to accompany the existing “Wolf” and “Dragon” units — are usually filming simultaneously in different parts of the world. The one exception was one December 2015 day in which all three units converged at Paint Hall. The featurette starts with the arrival of an assistant director at 3 a.m.(long before filming is scheduled to even begin) and concludes at 9 p.m. Again, this offers an eye-opening glimpse of the logistical challenge of making Thrones each season.

Deleted Scenes: (11:08) There are three scenes total. The highlight is an extended look at the play-within-a-show Arya witnesses, which (crassly) chronicles events from past seasons. Features a Play All option.

“The war is over…winter has come.”

The series is absolutely coming to its home stretch — the subsequent final two seasons will each reportedly have less than the usual 10 episodes — so fans should absolutely appreciate this highly ambitious and highly entertaining saga (along with the impressive Blu-ray sets HBO keeps putting out) while it is still around.