I still remember the first time I watched a Spawn animated episode. I was with my parents in my younger years on what I believe was the last vacation we ever took together. It was a hotel we were staying at which had HBO (I never had that channel growing up). I had read Spawn but didn’t even know of the animated series. The fact it was late at night and on a premium movie channel meant it had to be good. I was simply blown away and remember telling my parents that we had to be back at the hotel to watch it again the next night. I remember that later I would procure used copies of the series. All beat up, in snapper cases, it didn’t matter. I soon dumped those copies in a couple of years and hoped that it would get reissued in a nice box set. That time has come, Spawn has come home.

Spawn is Todd McFarlane’s baby; his issue of defiance when he and a group of artists started Image Comics. Great art, compelling stories and no boundaries. Spawn was the story of Al Simmons who sold his soul to the demon Malebolgia so that he come back to avenge his death and be with his wife Wanda one more time. Problem was once that occurred he was to become an undead “hellspawn”. So he fights that control constantly along with enemies from that conflict and those enemies in the human world that would bring him harm. He is not a superhero so much but the boogieman, a character that lives in the shadows and comes out at night to take care of business and then return to those same shadows by morning.

The animated series expands on this notion and brings it in a hard & gritty sequence. This is not for children, there is plenty of violence, foul language, and even a little sex. Three people get maliciously killed in the first episode’s opening sixty seconds. That should be some indication of the series to come. The series lasted eighteen episodes over three seasons and would become inspiration for many future “dark” animated series. The show holds up pretty well for being ten years old and still feels gritty even today. The second season in my opinion (episodes 7-12) was the only somewhat weak point in the series as it was a period of little continuity and direction. However, they are still enjoyable episodes and the series on a whole is nothing short of fantastic.

Video
The series is presented in its original 1.33:1 fullscreen presentation. The print was cleaned up from the original dvds from what I could tell. It’s very good, but does tend to show it’s age. The show is dark, there is no question; however the detail sometimes suffered as a result. It’s more good than bad and is very watchable. Sometimes however, you can miss some details that have to be watched again.

Audio
Audio is improved greatly for this version. Remastered 5.1 Dolby Digital goodness shows off Spawn and his dark element like never before. Sound is expansive, rich, good volume, and sets the mood very well. Rain, lightening, and other sounds that go bump in the night are executed well and don’t always sit in the center speakers. Top notch, could have been a smidgen louder but great job overall. A spanish 2.0 track and English, French and Spanish subs are also provided.

Closing Thoughts
Maybe if I never took one last trip with my parents to New Mexico, this box set would have been largely ignored. Sure, I’ve read the comic book, seen the movie and even bought the Soul Calibur II for XBOX instead of PS2 because he was the secret character. But the series holds something special for me; a story and a character that holds me to the edge of my seat and keeps me there for the entire run of the episode. Something that I share with very few animated shows (Batman/Batman Beyond, X-Men, Transformers) and even fewer shows in general. The dvd package itself is great, 4 discs in a nice tin (from steelbook.com) and my only complaint is that the back cover comes off and does not fit well into the case after that point. There is a decent video and amazing audio to supplement a wealth of extra features that will keep any Spawn or fan of dark animation entertained for a long time. Highly recommended and reason to throw away those awful single discs or even the early boxset. So turn off those lights, turn on Spawn and turn those speakers way up. To experience Spawn is to live it and I know I will be watching this set for many years to come. 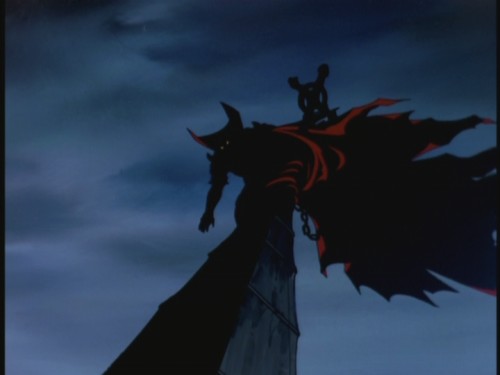 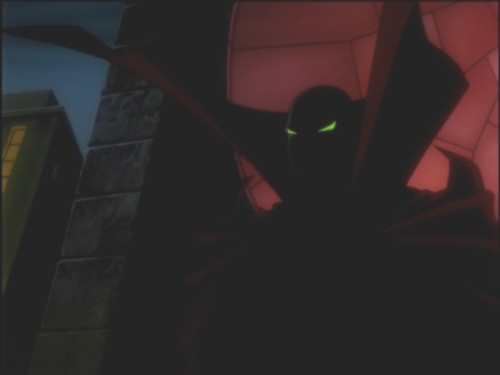 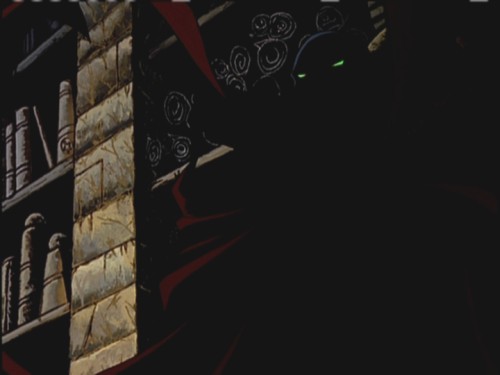 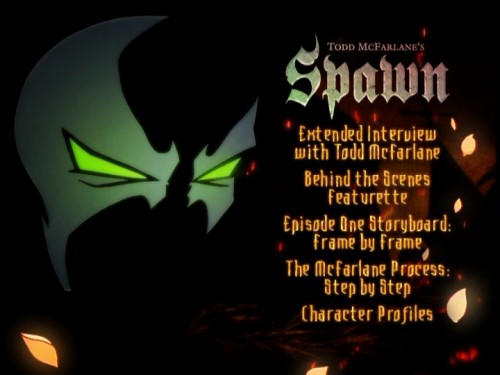 Michael Durr has been reviewing movies for the better part of fifteen years now. He primarily enjoys thrillers, sci-fi, animation and even a little courtroom drama. His favorite films include Escape from New York, the Goonies and anything with Alyssa Milano. When he’s not praising Kurt Russell as the greatest actor of our time or scratching his head over a David Lynch flick, he’s spending time at home in Texas with his lovely wife, Lori and his amazing son. How they put up with him is a mystery, but even Basil Rathbone doesn’t have the time to solve that one.
Hot Fuzz (HD DVD) Fay Grim