The original Cellfactor was actually a technical demo published back in 2006 by Immersion Games. It was made for the Ageia Physx series of cards which later became a part of NVidia. This demo showed off things we in the first person shooter community took for granted, barrels and boxes. Barrels and boxes have long been staples in games for doing absolutely nothing but existing (occasionally a barrel might explode but that’s it). Thru this demo, your character could use his psychic powers to throw the items and watch as they interact with the environment. Then with help from Timeline Interactive, a PC game was produced in May 2007, available free to people who would visit their website. A couple of years later, they decided to make a Live Arcade game for the Xbox 360 using similar technology. Thus we have Cellfactor: Psychokinetic Wars. Eight hundred points later, it was worth the wait & the Live currency.

As mentioned in the above paragraph, the actual engine for this game has been around for a long time. This was a technical demo that was made to show off the graphics power for a series of PC cards. Then they went and got published with UBISoft (very well known for Unreal Tournament) and turned it into a heck of a graphical experience. Your character will fly around and the scenery compensates very well. There are minor graphical issues but nothing I felt that could be described as distracting. The seven maps included are fairly diverse and each show a wide array of color choices and palettes.

The main allure of the game was how it handled common fps objects and they do it pretty well. The environment is semi-destructible meaning if the game lasts long enough and you use a multitude of psi pushes and pulls, you will see various parts of bridges gone, but not enough to where you are falling on any regular basis. I do at times wish for a little more graphical destruction but they probably did not want to go to the extent of a Red Faction per say. Extremely fine graphical effort that goes way beyond their original tech demo.

The sound is in the customary Dolby Digital 5.1. The sound effects stand out as crisp and pack quite the punch. A rocket launcher to the gut will feel like a giant bass boost and rightfully so. Psi Cache (Bishop) is another ability that gives you oomph in the audio department as your character literally shakes as the telekinetic power leaves his body. The voice overs are taken directly from Unreal Tournament complete with “First Blood”, “Double Kill”, and “Arena Master” being all way too familiar.

The only thing I was slightly disappointed in was the sound in relation to the Psi Weapons or the Psi Pull/Push. The Pull/Push makes it feel you are very easily picking up a barrel and just flinging it across the playing field. It feels too easy I guess. The Psi Weapons that Bishop use also feel really puny and don’t compare to the normal weapons that Black Op or the Guardian can unload. I know the Bishop is supposed to weak in Weapons (and strong in Psi related abilities), but it doesn’t feel like a worthy comparison.

Don’t look for a story here. I mean we can say there is a battle for technology here, but there isn’t a single player story described, so make up your own. I say just imagine a giant playing field with three different types of engineered bots fighting each other to the brutal death. There is Bishop, Black Op, and Guardian.

Bishop is your Psi specialist. She (we assume it’s a she since she’s “modeled” that way) has a variety of weapons but they are based around her telekinetic powers. Psi Pull/Push is an ability where they can rip spare pieces of metal from the playing field or barrels and throw them at your enemy to score damage. This is very useful especially when reloading your primary weapons. Psi Cache is a very deadly weapon where you are absorbing your energy into one big burst which you send hurtling against your enemy. Direct hits can be lethal.

Psi Shield is your minor shield which can deflect gunshots and absorb the energy from higher caliber weapons. Eventually this will use up your energy and you’ll have to wait for it to regenerate. Psi Flash is a stunning device which can keep your opponent suspended for a few crucial seconds. The Bishop bot is also the only bot that can fly making a whiz to stay flying in the sky (until her powers run out) and look for campers or shoot out one or two as they run by. Bishop also gets special Psi weapons (where the other bots pick up normal weapons) which again feel puny but can get the job done in certain situations.

Black Op is your middle of the road guy. He has psychic powers as well as regular weapons including use of a sniper rifle. He has the a couple of abilities in common with the Bishop including Psi Pull/Push and the Psi Shield. However, he has two abilities that shine out from the other two classes. He can plant mines and in addition, he can teleport. Teleport is an awesome ability where you simply point your crosshairs to where you want to go (within reason) and you use your psychic energy to teleport instantly to that location. This can be used in an array of useful situations and get you out of some bad jams.

Guardian can be best described as your brickhouse bot. He is your weapon specialist and can hold a weapon in each hand like the rocket launcher, sniper, shotgun, and a pistol. He can also use a dodge ability to get away from enemy fire. Instead of a fly or teleport option, he can actually double jump to get to various platforms and spots. To round out his arsenal, he also makes use of the Super Run ability. The Super Run ability locks onto a specific target typically and you can literally run over your opposition. It also can be used to simply catch up with an enemy or grab a quick power up.

All of the characters move with a certain degree of grace and execution. For those used to the right trigger being your fire button (or left and right for the Guardian) will be right at home and able to pick it up in no time. Also if you can just imagine this game as Unreal Tournament with some slick telekinetic powers, you will be already ahead of the curve. That said, the game does do a good ability of balancing out the various bots with a moderate degree of success. As mentioned previously, my main problem was that the Bishop felt overly weak. I do contend that Black Op and Guardian are near equals for the most part but Bishop seems to have a lack of firepower. Sure, she can use a lot of Psi powers but when she is forced to use weapons, she goes down rather quickly.

The main core of this game will be in the Single Player challenge mode. It takes you as each of the three bots in several tutorials and ten challenges a piece. These can range from the simple (kill an enemy with Super Run) to somewhat more difficult (not losing a round in assault). These will help to develop your skills but also have the potential to develop bad habits for multiplayer. Use these 30 challenges to figure out which character you prefer and then master their abilities. The only thing not to like in the challenge mode is the ability to not skip around the challenges. You simply unlock the next challenge as you go through them. There is also the option to go back and do the challenge again but that’s purely for the achievements since there is no point accumulation.

Once you get into multiplayer, you also have the option of playing the computer bots. However, most people will want to get into the Xbox Live action with several different modes. Deathmatch (Solo/Team), Capture the Flag and Assault are included. Deathmatch is simply your kill/be killed game. Capture the Flag is another old favorite where you take your enemy’s flag and bring it back to your base. Assault is a little more complicated where you going for a backpack and then tacking it to the hacking destination to complete the objective. There are seven different maps here ranging from a simple training center to more lavish scenarios with high rise platforms and deadly lava below.

All of these tasks generate points (the challenges do for the first successful play through). Once you generate points, you will unlock visual and skill rewards. The visual rewards are simply a new helmet or some new legs with varying color choices. Skill rewards include things such as a greater Weapon Range or the ability to use less telekinetic energy when performing Psi powers. You are allowed two powerups for your character. Be sure to check back to your customize menu often when completing objectives to see what you are unlocking.

The two tedious or difficult achievements are the All Rewards Unlocked (600,000 points accumulated will get the last reward) and Marathon (1,000,000 points). Challenge mode alone with leave you with about 500,000 points, but then you have to grind out the rest in multiplayer through the various modes. It takes a while but as long as the online community stays healthy, it should be a fun ride.

This game didn’t receive a lot of press. In fact, I had to do about twice the amount of background research I normally do because I knew nothing about the game. This is one of the few Xbox Live Arcade games at 800 or less that has been released in the last few months to really show promise and be one of those things we call a sleeper hit. The online community is currently good for the game and I do hope it lasts. I would suggest maybe a few more maps (at a very cheap price) and perhaps a few added things like skipping around your challenges and fixing some of the minor graphical issues (mostly associated with the Psi Pull/Push ability). There does seem to be currently a trend in multiplayer matches I’ve seen where the host always leads in kills. A little balancing wouldn’t hurt the game at all. All of that aside, this is the one of the top three Xbox Live Arcade releases I have seen this year. It’s not perfect, but the fun factor is well above expectations. When 1200 point games aren’t cutting it, it’s nice to know that games like this are. Highly recommended. 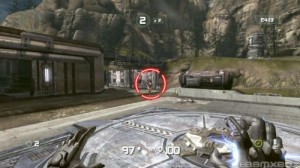 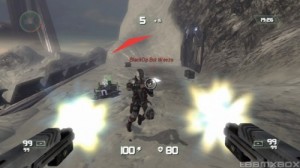 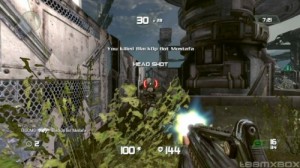 Michael Durr has been reviewing movies for the better part of fifteen years now. He primarily enjoys thrillers, sci-fi, animation and even a little courtroom drama. His favorite films include Escape from New York, the Goonies and anything with Alyssa Milano. When he’s not praising Kurt Russell as the greatest actor of our time or scratching his head over a David Lynch flick, he’s spending time at home in Texas with his lovely wife, Lori and his amazing son. How they put up with him is a mystery, but even Basil Rathbone doesn’t have the time to solve that one.
Defiance (Blu-ray) Wolfenstein 3d (Xbox Live Arcade)