Transformers are something near and dear to my heart. I grew up with them, watched all of the episodes, read many of the comics and watched the animated movie more times than I care to think about. When the original Rhino DVD set came out a few years back, I bought all of the volumes despite the hardship that roughly $50 a volume would cost me. Now, with the 25th anniversary of Transformers upon us, Shout Factory has gained the rights to the series and has re-released the first season to coincide with the release of the second live-action film. Is this simply an attempt to cash in on the mega movie hit of the summer? We shall see.

Four million years pass and the on-board computer decides to repair the bots and fit their transforming capabilities with machines more practical to Earth such as planes, cars, and boomboxes. They were a product of their time. Soon the two sides set up bases to continue operations. They both want to find energy but have different means of obtaining it. The Decepticons want to rule the world and are willing to take this energy by any means necessary. The Autobots want to live peacefully among all living beings and only take what they need to survive. Can the Autobots stop the Decepticons and keep the planet Earth from running out of resources and away from destruction?

It’s hard to believe that what started out as a Japanese toy that didn’t even have a story attached to it has turned into a billion dollar franchise. Even more unbelievable? It’s spanned a ton of successful cartoon shows, especially here in the United States. Generation One is the series that started it all and takes us to the civil war between the Autobots and the Decepticons and drops them into the familiar planet Earth scenario. Here we start to learn about the characters, about the good guys and the bad guys. Some of the characters are similar but some of them like Optimus Prime, Ironhide or Starscream have quite the intricate background and draw us into story even more.

The story is just starting out in the first sixteen episodes. The show hasn’t gotten off the ground yet and hasn’t hit its stride like it did in the forty nine episodes of season two which created most of the fanbase. Here, the cartoon is still in its fledging form, slowly starting to sprout wings and take some real shape. We don’t know where this cartoon is going to end up, we don’t know if Starscream will eventually overthrow Megatron and we don’t know if Cliffjumper is the most useless and careless Autobot I’ve ever seen.

The video is presented in 1.33:1 fullscreen. As mentioned in the introduction, I happen to own the complete original Rhino set that was produced a few years ago and is now out of print. One of the things that Shout Factory decided to do was research the original masters and basically fix the Rhino release which while restored sometimes had problematic areas. For example, Starscream might not really be Starscream and instead look like a Thundercracker doppleganger. They improved this a good amount but unless you are looking for it, you would not notice that much difference.

The audio is presented in Dolby Digital 2.0 English. Some of you might remember that the Rhino release was actually in 5.1 remastered. There were a lot of complaints about the remaster. I am sorry to say, I didn’t have a problem with the 5.1 sound, I even enjoyed it. Sure there was the occasional sound effect that seemed more impressive than the others, but I never found it jarring or out of place. The restored audio here is the original presented for the most part as is. All of the dialog is in the center channel and the action feels old for lack of a better term. It’s average and to be honest, I’m more happy with my Rhino set in that regard.

As of the writing this post, Transformers: Revenge of the Fallen has already cracked the $200 million dollar mark in a mere week. Simply amazing. The phenomenon that started twenty five years ago is still going strong today. Shout Factory’s re-release of the first season shows a quite remarkable sixteen episodes of a show that we had little idea would turn into the mega hit before us. The video has improved with careful recreations of the original product and even though the sound has missed a step from the Rhino release, it still is pretty good. The extras are decent and you even get a snazzy Autobots magnet for your fridge. However, if you have bought the original Rhino release, it’s really hard to recommend this set. In fact, I’m keeping mine. But, if you have never owned the original set, this is a perfect time to get introduced to one of the great cartoons of the 80’s. Good for the kids, good for the adults, and something to keep watching for a long time. 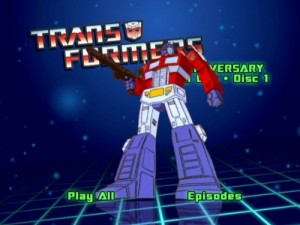 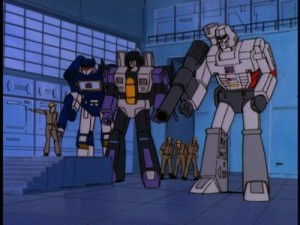 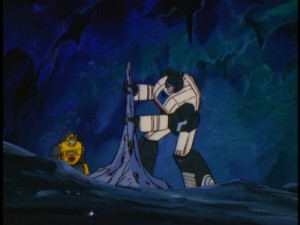 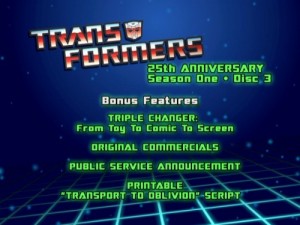 Michael Durr has been reviewing movies for the better part of fifteen years now. He primarily enjoys thrillers, sci-fi, animation and even a little courtroom drama. His favorite films include Escape from New York, the Goonies and anything with Alyssa Milano. When he’s not praising Kurt Russell as the greatest actor of our time or scratching his head over a David Lynch flick, he’s spending time at home in Texas with his lovely wife, Lori and his amazing son. How they put up with him is a mystery, but even Basil Rathbone doesn’t have the time to solve that one.
Lost: The Complete Second Season (Blu-ray) The Secret Life of the American Teenager (Season Two)