Posted in: Game Reviews by Michael Durr on September 1st, 2009

People rarely look for depth when it comes to games released on Xbox Live Arcade. This method of gaming mostly sees games that are puzzlers, recreations of once forgotten gems and the occasional sports diversion. A better word for these type of games: time wasters. However, most players wanted something more than a dumping ground for the newest falling block game, they wanted an awesome game in a small package at a thrifty price. Little do they know then that the people at Chair Entertainment have responded to that call and provided us with a game called Shadow Complex.

This could be one of the very few kinks in the armor. Since Shadow Complex is modeled after games like Super Metroid or Castlevania: Symphony of the Night, it is also made to look like those games but with HD rendering and some fancy paint. The game on a whole looks very good. However, certain areas are so dark (even with a flashlight), that sometimes you have no idea what is going on.

This could never be truer than when going underwater. If the idea of a depleting oxygen reserve wasn’t problem enough, it is so easy to bump into items once you go under that you will probably expend a few lives getting the hang of it. This is why I couldn’t play Undertow I think (another Chair Entertainment game). The detail is well presented, just keep telling yourself you move in a 2d environment and you’ll have no problems.

The sound is presented in Xbox Live’s usual 5.1 Dolby Digital format. The sound effects are very good and accurately come from all angles. Gunfire comes across the best as there is certainly something satisfying about emptying a clip. Dialog for the cut scenes is crisp, none of the soldiers or the main characters are hard to understand. The background music is excellent and certain sections bring an unmistakable edge to the gameplay as you try to consider your next move.

The original story of this game was actually based on a book called Empire by Orson Scott Card. Thoughts and ideas based on that concept were put into script form by comic book writer & novelist, Peter David to produce Shadow Complex. It should be noted that there has been some controversy over the relationship of this game to Orson Scott Card. Simply, the game is based on the book; however there is no hidden agenda or anything distasteful in the game. Efforts to boycott this game by some groups who disagree with Card’s views have largely failed since there are no views in the game to speak of.

In the prologue, your role is as Colonel Dallas in the backdrop of Washington D.C. You are outfitted in a super suit and take on a few soldiers before taking on a gunned helicopter. After the helicopter explodes, Dallas assumes he has saved the day and the vice president is safe. Unfortunately, this is not to be. An unknown voice clues him in that the vice president is no more and that Dallas himself is just a pawn on the battlefield. Dallas’ super suit starts to malfunction and sends him spiraling in waves of pain before the screen goes to black.

We resume with you taking on the role of Jason Fleming, son of a government agent who has decided to follow other pursuits in life. Last night, he met this girl named Claire who soon becomes his new love interest. They decide to go hiking (which apparently Jason only said he liked because Claire was hitting on him) and come across some caverns. Claire goes in to explore. Minutes pass and Jason doesn’t hear anything, he decides to descend into the dark armed with only a flashlight.

He soon comes upon Claire’s camping gear. After going through a few more caverns, he comes to an ominous underground structure. Jason ducks under the man-made bridge and soon spots two men carrying Claire into the structure. They have mistaken her for a spy and proceed to the interrogation room. Jason follows. What exactly has Jason gotten himself into? There is a conspiracy afoot to incite a civil war and Jason Fleming is the only man who can stop it in time.

Shadow Complex can be best described as a 2.5D side scrolling shooter. The world that Jason is thrust into is a 3d world, enemies and objects can come from all sides. However, Jason is forced to move in a 2d plane, right to left, up and down. As mentioned above, you start out with a flashlight. The flashlight is used not only to light up dark passages but can also be used to reveal secrets that will flash a certain color based on the weapon that is needed to bypass that section. Soon you acquire camping gear which will help you jump more effectively and scale walls.

Then we come into the weapons. At first, you receive a simple pistol with unlimited ammunition. The aiming with the right stick takes some practice to get used to but you will soon be shooting revolutionaries dead in no time. However, after a while you receive more weapons such as grenades, missiles, and the ever-popular foam gun. The foam gun is unique as it can build bridges in the air and it can also latch to enemies hindering their movements. (Sticking a grenade in the foam also produces an exciting effect)

Once you start playing you realize all the weapons and gadgets in the world only give you ways to get past objects or past your enemies. One must put on their thinking caps if they want to succeed and try to get past the various puzzles or decisions contained deep in the game. Simple example, your way is blocked by a door. You could use a grenade to blow open that door, but that could alert enemies on the other side to your whereabouts. Or you could take that air vent above you and crawl through to the other side where you can sneak up on the enemy and knock them out (as well as listen to vital pieces of the back story). The game allows for both methods to conquer the story and a variety of options in between.

The gameplay is simply fantastic. Your movements are mapped beautifully to the controls and despite the two dimensional feel, you aren’t held down by the lack of a third. The learning curve is fairly simple and with the included tutorials you will only be limited by the map and your imagination. This also feeds into a leveling system which maxes out at fifty. Experience is gained from killing enemies but also from solving various puzzles and exploring new area.

The only possible minus to all of this is difficulty. The game does have several difficulty levels and there are certain achievements geared towards making the game harder. However, the game can be blown through if you employ the option of shoot first and ask questions later. The point can be made though that this will take away seriously from your enjoyment and should only be employed if you are attempting to finish the game quickly. The boss battles are fairly simplistic and focus on the old Mega Man weak spot method. Find that weak spot whether in the enemy or in the environment and he is toast.

Once you finish the game for the first time, you will notice that your level is not maxed out. The game design encourages multiple playthroughs (since you are able to keep your level and amount of experience) and finding unique ways to combat the same situation. Besides the main adventure mode, there is also a challenge section called Proving Grounds. Contained here are tutorials and three challenge packs. Each of these contains seven different challenges to pass. Doing these challenges will help you to master the game and add to the value of this package.

Also included in the game are twelve achievements totaling 200 points. Most of these achievements can be completed in one playthrough with the exception of a few including Serious Complex (Reaching level 50) and Minimalist (Completing the game with less than 13% of the items). Completionist which goes the other way (100% of the items) is also daunting in a player’s first time of the game.

The wonderful thing about the achievements as a whole is that every one of them can be tracked. Make ‘Em Scream, my personal favorite, is getting 100 soldiers to scream like little girls. You can access the achievements screen at any time and find out how many soldiers screamed bloody murder. If only all games did this, we would have a lot better time of enjoying ourselves instead of figuring out cryptic achievements.

Games these days wanted to have the best score, the best graphics, and audio effects that will blow your mind. It had also better be in 3d and high definition turned to eleven. Many of those games forget the most important thing of all, how they play. Shadow Complex is a rare game, it goes first with gameplay and sticks on making it the most rewarding experience possible. By dialing up the experience to level 50 and angling the achievements and tasks at hand in the appropriate manner, they make sure that you will want to play this game again and again.

Sound is crisp and the graphics does have faults but are more than adequate for admiration. This is one of the best games of the year, no matter the format, no matter the console. The title weighs in at 835mb and costs 1200 points which sounds lofty for downloadable content, but it is worth it. Truth be told, if this was released as a retail disc, I would have certainly considered $20, perhaps $30 as an acceptable price. Extremely highly recommended, go buy a 1600 points card and download it. You won’t be sorry. 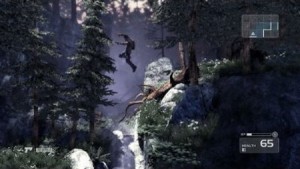 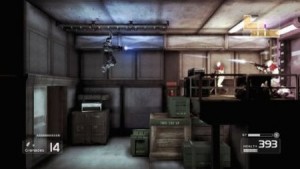 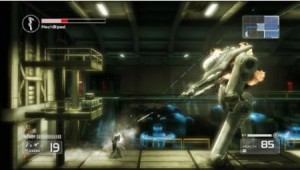 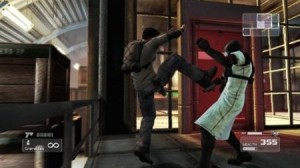 Michael Durr has been reviewing movies for the better part of fifteen years now. He primarily enjoys thrillers, sci-fi, animation and even a little courtroom drama. His favorite films include Escape from New York, the Goonies and anything with Alyssa Milano. When he’s not praising Kurt Russell as the greatest actor of our time or scratching his head over a David Lynch flick, he’s spending time at home in Texas with his lovely wife, Lori and his amazing son. How they put up with him is a mystery, but even Basil Rathbone doesn’t have the time to solve that one.
Supernatural: The Complete Fourth Season (Blu-ray) Desperate Housewives: The Complete Fifth Season