Posted in: Disc Reviews by Michael Durr on April 2nd, 2010

The Prisoner was a television show that ran in the UK from September of 1967 to February of 1968. It starred Patrick McGoohan as the Prisoner who was trying to understand what the Village was and how to escape from it. Enter 2009; we have a remake and this time we have Jim Caviezel in the familiar role. However, this time things go just a little bit differently.

Michael (played by Jim Caviezel) just resigned from the corporation Summakor. However, the events that follow are unclear until he awakes in a desert surrounded by nothing but sand. He struggles to get to his feet and walks for a bit until he sees an old man (played by John Whiteley) running. The man is being pursued by armed guards who shoot at him until it appears he is gunned down.

Michael rescues the man who is very hurt and dieing. He takes him to a nearby cave as he mentions to get a message to “554” from “93”. After, the man is buried in a shallow grave, Michael makes his way to what appears to be civilization. Once he makes it to town, he sees a strange row of houses and a taxi. The taxi is drove by 147 (played by Lennie James) who takes him wherever he wants to go.

Eventually, 6 (Michael) bails out of the cab and tries to find his own way. He comes into contact with the leader of the Village, “2” (played by Ian McKellen) who grills him about 93 (old man) and asks what happened to him. 6 denies everything and is left at the “Clinic” for observation. His doctor, 313 (played by Ruth Wilson) looks over him. Later 6 escapes and gets 147 to drive him to 554 (now understanding the name to a number system).

Meanwhile, we get flashbacks of events that happened in New York shortly after Michael’s resignation. It seems he got involved with a girl named Lucy (played by Hayley Atwell) that night which led to a string of events that again he can’t quite figure out. We flash back into The Village where 554 reluctantly gives him a bit of information but not enough to make any sense.

The Village seems to be some kind of Utopian society where people don’t know how they got there and have no wish to leave. The society is governed by 2 who grows increasingly concerned and tries to sway 6 into accepting the society. But 6 stays defiant and seeks the truth. However, he must figure out who he can trust and how to get out of the place simply known as the Village. Perhaps, he can find some fellow Dreamers.

The Prisoner owes a ton of respect to the amazing performance of Ian McKellen. Sir Ian is absolutely wonderful as a representation of the devil himself as “2”. He goes through every scene at the top of his game and even when his character seems to be letting down his guard, he is merely setting up the others for an even bigger swing and retaining his superiority over everyone and everything that goes on.

The rest of the cast does a very adequate job with a good deal of respect to Ruth Wilson and Jim Caviezel. Ruth aka 313 probably turns in the second best performance here as shows a well balanced range of emotions that you wouldn’t normally expect in her part. Jim does a good job as 6 and leads the movie exactly where it should go. His job as his real world counterpart Michael was also adequate, but sometimes seemed to be two different people when in reality they shouldn’t have been.

Also, I do want to mention the strong storytelling in this miniseries. A lot of people will compare it to the show Lost and you could certainly see the touches and inspiration from that show. The other obvious comparison will be to the original Prisoner show. Now, while some of that might turn out to be negative towards this new adaptation, one has to judge it as two different animals. The good part is there are many things that could be considered homage to the classic but there are things that I’m glad that turned out far different.

One of these things that I’m talking about is that this Prisoner ends on a fairly non-ambiguous and straight forward note. As long as one sits there and thinks about it, the ending makes sense even if some would wish it would have gone a different way. The only criticism I have is that there were too many flashbacks, forwards, parallels at times leaving the viewer in a bit of a mess until the final closing minutes.

The video is presented in 1.78:1 anamorphic widescreen. The desert comes alive as well as the Village with a very strong visual presentation. There are so many visual cues that pay homage to the original show, it is something of a game for an avid fan to try and find them all. The only thing I wasn’t exactly thrilled with was the pseudo New York scenes as I did tend to find them not half as stimulating as their work with the Village.

The audio is presented in English 5.1 Dolby Digital. The opening theme as well as the entire score is one of the most fitting pieces of music to a show I have heard in quite a while. Surrounds are limited but the dialog is crystal clear which is surprising since there are a lot of accents in the various actors. For five hours, audio wise you are transported to the Village and are able to really assess the experience. Subtitles are provided in English & French.

At the end of the day, The Prisoner wraps up the story with very little questions and a super strong acting cast. From the masterful Ian McKellen to an adequate supporting cast, one can appreciate the twists and turns until the credit rolls. Perhaps, I only wish that this Prisoner also went seventeen episodes to flesh out the characters even more.

The disc has good video and audio while the extras are more than enough to satisfy most fans of this adaptation. Maybe, I’m being selfish when I do desire that the cast would have also participated in the commentaries. As long as you have an open mind and aren’t looking for a true Prisoner remake (this follows more along the lines of a homage), I can easily recommend this to any viewer. 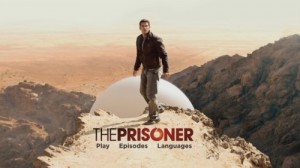 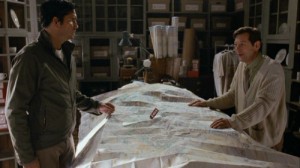 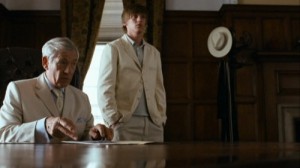 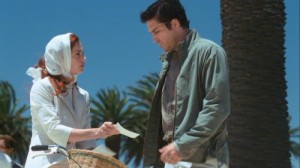 Michael Durr has been reviewing movies for the better part of fifteen years now. He primarily enjoys thrillers, sci-fi, animation and even a little courtroom drama. His favorite films include Escape from New York, the Goonies and anything with Alyssa Milano. When he’s not praising Kurt Russell as the greatest actor of our time or scratching his head over a David Lynch flick, he’s spending time at home in Texas with his lovely wife, Lori and his amazing son. How they put up with him is a mystery, but even Basil Rathbone doesn’t have the time to solve that one.
Giveaway: I’m No Dummy on DVD Academy Collection: The Envelope Please Volume 1