Posted in: Disc Reviews by Michael Durr on June 7th, 2010

In countries all over the world, there is still the prevalent issue of not being able to read. Even in advanced countries such as the United States, there are reports that suggest that many adults don’t ever pick up another book after leaving college. This reviewer was fortunate enough to have two adults in his life that read to him all the time when he was an infant and thus developed a desire and ability to read very early on. But for those who don’t have that luxury, perhaps they can find entertaining television programs such as Ghostwriter.

Jamal Jenkins (played by Sheldon Turnipseed) and his father (played by Samuel L. Jackson) are working in the basement of his family’s brownstone. Jamal’s father finds an old trunk that he was looking for and starts to pull it out. The father nor Jamal notices that the trunk knocks over an old book and the pages release a spirit. As they leave, the spirit follows Jamal.

Later, Jamal decides to use the computer and suddenly realizes that the computer is talking back to him. But when he gets others to look at his computer screen, they see nothing but a blank screen. This continues as the computer starts to give clues about a series of backpack thefts. However, it becomes apparent that Jamal is not going to be the only one who can see what this spirit is saying.

Lenni (played by Blaze Berdahl) is an aspiring song writer and singer who becomes the second to see the work of this spirit. Mysterious words appear in her songs but like Jamal at first she just thinks that she is seeing things. However, it’s when the two of them are together and see the same message that they realize they are not alone. That’s when the two go back to Jamal’s home and decide to start typing away together to the spirit.

They realize that they can not simply talk to the spirit but they have to write down or type on the keyboard questions and the spirit will answer them to the best of his ability. If he doesn’t know the answer, he might be able to give clues to the team of where to go next. It is about this time, that two more people start to see the words of the spirit: the brother and sister combination of Alex and Gaby Fernandez (played by David Lopez and Mayteana Morales respectively).

Soon the four members find each other and form to become a crime solving team. They call their mutual spirit Ghostwriter since they can only reach him by writing or typing to him. But together, they must solve the series of backpack thefts which lead to a secret society of kids known as the THABTOs. The question is whether or not with Ghostwriter’s help and their unique talents can they solve the mystery in time.

Before I got this set to review, I wasn’t really familiar with Ghostwriter. It’s really designed for children twelve and under and by this time I was on my way to college. However after saying that, I wish this program was around when I was a child. It’s a fantastic way to learn how to read (and a little bit of writing) but doesn’t treat the audience as an inferior. Furthermore, it wraps up the show in a tight piece of acting and wonderful crime solving stories.

Everybody in this show has a high level of likeability, perhaps with the exception of Lenni (she seems annoying to me) and it has a tremendous wealth of guest stars like Mark Linn-Baker, Max Wright, Spike Lee, Jeremy Miller and David Patrick Kelly. It also has a habit of adding regulars from time to time as the first season adds Tina Nguyen (played by Tram-Anh Tran) and Rob Baker (played by Todd Alexander) to the roster.

If one needs to see a stand-up great representation of a story, one needs to look no further than the To the Light arc of episodes. This stars David Patrick Kelly of Warriors fame as Double-T, a homeless guy who writes poems and befriends Rob, a member of the team. In this episode, Double-T goes missing and it is up to the Ghostwriter team to find him.

These five episodes take the team all around New York and create everything you could ask for in a mystery: a terrific story, well-worked clues, peril and a satisfying conclusion. There is real emotion here and safe to say that a few kids (and adults) might show tears of joy to the display of morals and the true meaning of friendship that is on display here. It’s one of those shows that really makes you feel good and you don’t feel embarrassed about that fact either.

The video is in 1.33:1 fullscreen presentation. This was shown on the PBS channel for the United States and the BBC channel over in England during the early nineties, way before any thoughts of HD or quality video programming. However, they have done their best here to preserve what little quality remains. Color is fairly decent but be prepared for a lot of high grain spots and signs of age. One should be able to watch it just fine, but nothing special.

We get a Dolby Digital 2.0 English sound track for the show. It certainly does its purpose, with dialog being the general focus for every show. The volume is a bit low but everybody comes in clearly and the kids sound right on track. The few sound effects that are there are okay (however those click clack keys on the keyboard in the show are some of the crispest I’ve heard in years, gotta love old IBM keyboards). No subtitles that I could find which is a little distressing given the nature of the show.

Ghostwriter is a great way to introduce your child to reading and eliminates seeing the task as a chore and more as an adventure. All of the episodes in season one are good ways of showing your child quality programming that will enrich while entertaining them. The series has a bevy of group members and even a larger assortment of guest stars which equals the perfect formula for success.

The dvd set is unfortunately a mixed bag in the technical department. Since this was on public access channels, the quality of the video and audio isn’t amazing and might put off the casual viewer who is used to purple dinosaurs and people who jump around and sing silly songs.

The extras are thin but there is a lovely insert in this dvd package that goes over each episode and gives a little bit of area for kids to write in. (I would suggest that the parent buy a journal for their child if they intend to really follow through with the show). I give the actual show one of my highest recommendations and hope that many adults introduce this to their children. 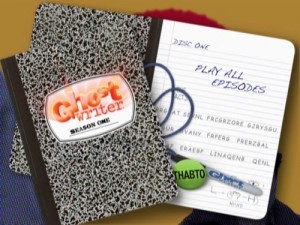 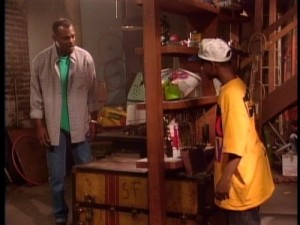 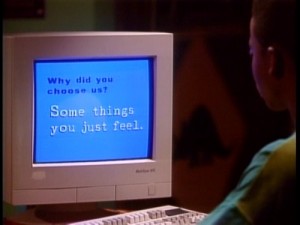 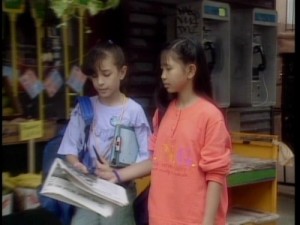 Michael Durr has been reviewing movies for the better part of fifteen years now. He primarily enjoys thrillers, sci-fi, animation and even a little courtroom drama. His favorite films include Escape from New York, the Goonies and anything with Alyssa Milano. When he’s not praising Kurt Russell as the greatest actor of our time or scratching his head over a David Lynch flick, he’s spending time at home in Texas with his lovely wife, Lori and his amazing son. How they put up with him is a mystery, but even Basil Rathbone doesn’t have the time to solve that one.
Deadliest Warrior Season One Live At The Troubadour