G.I. Joe the Movie was originally supposed to be a real box office movie. It was to be the first of three animated motion pictures put out by Hasbro Toys. The other two were based on Transformers and My Little Pony. However, production delays caused the other two to go first. When Transformers and My Little Pony did poorly (gee, never would have guessed that a talking magical pony failed to grab box office sales), it was decided that G.I. Joe would go the direct video route. Years later, it still proved to be arguably the best of the three.

It seems that Cobra Commander and Serpentor just can’t get along. They constantly bicker as to who is in charge of Cobra and would rather accuse each other of incompetence than figure out how to defeat G.I. Joe. It is at that moment that a woman breaks into the Terrordrome. Cobra Commander tries to rally the troops and goes off to find this stranger leaving Serpentor behind. However, the woman still makes it to the Cobra Leader.

The woman is not a threat to criminal organization. In fact, she is actually a part of it. Her name is Pythona and she is a part of the secret civilization that runs Cobra and is named Cobra-La. (La, La, La, La) In fact, remember that whole Doctor Mindbender creating Seprentor from the DNA of famous world leaders? Yeah, well he was just a puppet for the Cobra-La to manipulate using dreams. Pythona then suggests that they steal G.I. Joe’s newest weapon, the BET or Broadcast Energy Transmitter.

The Cobra team mounts up and assaults the G.I. Joe team with the BET in the Himalayas. But despite Cobra’s efforts, the Joes win the day and push back the evil forces. Serpentor is captured and Cobra Commander orders a retreat into the mountains, apparently there is somewhere safe for the team to go. As the Joe team celebrates, we are introduced to a new group of recruits (mostly created for this film and toy product line).

The group is known as the Rawhides and includes Jinx, a martial arts expert who is extremely unlucky unless she wears a blindfold. Then there is Tunnel Rat, infiltration expert and Big Lob who only talks in sports commentating jargon. Completing the team regulars are Law and Order, a military policeman and dog as well as Chuckles who looks like he belongs in Miami Vice but doesn’t say a word.

At the head of the team is Lieutenant Falcon, a Green Beret and Duke’s half-brother. Unfortunately, he is reckless and only interested in goofing off or flirting with women. Meanwhile, Cobra Commander and his team have found their safe haven but it isn’t exactly what they had in mind. He has actually lead them to the secret underground compound of Cobra-La (La, La, La, La)

There we meet the Cobra-La’s leader, Golobulus and his top henchman, the Nemesis Enforcer. For crimes against the Cobra clan and Cobra-La, they put Cobra Commander on trial for allowing Serpentor to be captured. They also devise a plan to free Serpentor from one of the Joe’s strongholds. It just so happens that Falcon is put in charge of guarding the room that holds the Cobra leader. Can the new group of recruits help Joe from the Cobra threat and keep them away from the BET technology?

One of the nice things you will notice immediately is that this ninety minute feature of G.I. Joe really feels like a movie rather than a 4-5 episode arch of stories. It introduces a good range of characters and gives the more established characters enough time for the viewer to not forget them. The story is very well crafted and creates a good environment for the show to move forward with.

Another thing that should be mentioned was the excellent use of Sgt. Slaughter and his Renegades. They are supporting characters but establish them as vital to G.I. Joe to get them out of sticky situations. The only areas where I can really criticize the movie are the plot changes that Hasbro forced on the writers. These areas deal with the condition of Duke and various other changes that were done either to protect their viewing audience or for the sake of marketing. However, these are relatively minor criticisms at best.

The video is in 1.78:1 widescreen presentation. This movie is over twenty years old now and only recently did somebody with the backing of Shout Factory even care about showing this in the correct light. The colors look and safe to say this piece of animation has never looked better. There is obviously some grain here but it is appropriate based on age and the overall feel of the film. As a side note, the dvd disc is no slouch in video either.

We get a PCM 2.0 uncompressed track for the film. G.I. Joe and Transformers were made by the same production house and therefore shared a lot of sound. As you might expect, it is a mixture of dialog and things that go boom in the night. Amazingly, there is some separation on the stereo speakers when bullets and lasers go overhead. Dialog is good and clear here which is a blessing when you consider that there were nearly 100 different voice parts in the movie.

G.I. Joe the Movie is a fine example of a well-done animated film that fits well with the original series. It provides a good story and introduces several new and key team members that would become a fixture on the team to this very day. Sgt. Slaughter and Tunnel Rat remain two of my favorite characters to ever put on a Joe uniform. The criticisms are few but are mostly expected based on how producers tend to treat their product lines.

The blu-ray/dvd combo package by Shout Factory is borderline fantastic. The commentary provided by Buzz Dixon is one of the best in recent memory and now one of my favorites as it does a great job of provided some great information and interesting stories. The video and audio are also very good and make great use of the technology. This is an easy recommendation to anybody who appreciates the G.I. Joe name and the wonderful animation behind it. 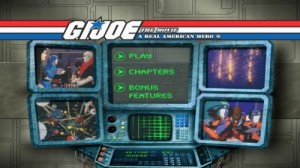 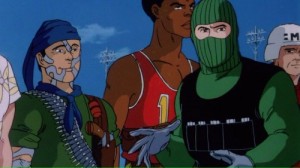 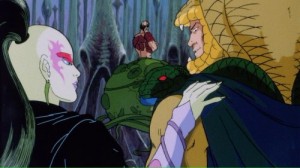 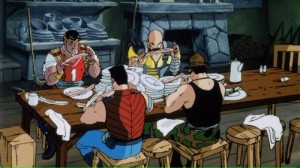 Michael Durr has been reviewing movies for the better part of fifteen years now. He primarily enjoys thrillers, sci-fi, animation and even a little courtroom drama. His favorite films include Escape from New York, the Goonies and anything with Alyssa Milano. When he’s not praising Kurt Russell as the greatest actor of our time or scratching his head over a David Lynch flick, he’s spending time at home in Texas with his lovely wife, Lori and his amazing son. How they put up with him is a mystery, but even Basil Rathbone doesn’t have the time to solve that one.
Contest: Brooklyn’s Finest from Anchor Bay on Blu-ray Matlock: Season Five