The Super Friends as a cartoon show had a long and sketchy past. It started out in the 1970’s and ran in nearly a dozen different incantations and over a hundred episodes until 1986 when it was put down for the last time. The original episodes that ran from 1973 until 1974 were unique, they ran for an hour with commercials and focused on one core story. Eight of them are provided here.

Meanwhile, at the Hall of Justice the TroubAlert computer sounds. It seems that there is an environmental disturbance and only the Super Friends can help. The current roster of Super Friends involves the Man of Steel: Superman, the Dynamic Duo: Batman and Robin, the Amazon princess: Wonder Woman, and the King of the Sea (no, not Charlie the Tuna): Aquaman. They also have three friends who act as sidekicks: Wendy, Marvin, and Wonderdog.

We should explore a couple of episodes to get a feel of what this team is working with. In The Fantastic FRERPS, it appears that King Plasto has been intercepting special shipments of raw plastic powder in order to make his special eggs. These eggs on impact will turn into full scale replicas of famous landmarks and other forms so that Plasto can create his utopian world. However, Plasto is stealing from the government and he must be stopped by the Super Friends.

Another episode, The Mysterious Moles, it would seem that air conditioning units have gone missing from a few research labs causing projects to be shut down. The Super Friends jump into action and uncover a pair of scientists who live in a strange world of living trees and rocks. But what is the story behind the rare and gorgeous diamonds that are nearby? Superman and his team must find a cool solution to stop what is going on.

Every episode follows this pattern. Insert one criminal mastermind, give him a dorky sidekick and conjure up some environmental disaster. Then place the Super Friends team in their way to stop their evil doing. Occasionally, we will throw in some guest stars to play fodder to the situation. Oh and be sure Wendy, Marvin and Wonderdog have some sleuthing to do to uncover a vital clue. Or they just get themselves captured and used as bait by the criminal mastermind.

The criminal masterminds aren’t your Lex Luthor or Riddler types either. One would often wonder how these buffoons could create any sort of mischief, especially trickery that involves the Super Friends helping out. The only real exception to this rule is Raven in Menace of the White Dwarf who actually escapes out of jail and gets a hold of some kryptonite momentarily.

This version of Super Friends also seems to stick itself on the concept of environmental disasters and how they could damage the earth. World domination isn’t in focus most of the time, it’s more about ecological concerns or how humans are the root of all evil so we must destroy this particular item. The Super Friends show here was still new and hadn’t reached its stride yet. But it is certainly still enjoyable in parts.

The video is the standard 1.33:1 Fullscreen presentation. Super Friends hasn’t aged well but it’s certainly not unwatchable. There is a healthy amount of grain but the colors remain true and solid. One has to consider that this version of the show is over thirty-five years old. But Warner Bros seems to have kept the originals in good shape which is very much appreciated.

The sound is presented in English Dolby Digital Mono Sound. While the video isn’t half bad, the audio is more dated. It naturally sits all in the center channel. Dialog is clear thankfully and we get to hear all of the odd voices we grew up with. Sound effects are stilted but this what we would typically expect of a 70’s cartoon. Subtitles are included for English.

For those who are interested, this comes in a lovely piece of trash known as the Eco-Box. This version does have the normal tray insert for the second disc, so you can grab a replacement case that has the notches for the 2nd disc and stick it in. Please stop using these WB, there are green solutions out there that don’t use this silly hole technology.

It is interesting to note that when this show ran re-runs or was put back into syndication, they condensed the hour long episodes into a tidy half-hour. For the most part, it worked much better without the extra fluff. However, in the same breath I am glad that Warner Bros. decided to include the full hour episodes for this dvd set. Footage like this no matter how tedious should be included in its unedited form.

Make no mistake, there are plenty of cool retro moments in the show and seeing Batman and Robin act like their 60’s live-action television show is always a source of good entertainment. The dvd set lives up to the task of providing sufficient video and audio but doesn’t really put much towards any extras (I am available for commentaries, lord knows I’ve watched enough of these). I certainly recommend this set to fans of the show as it is an interesting step in animation history. 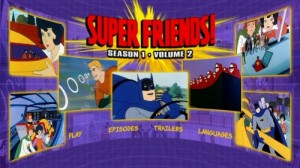 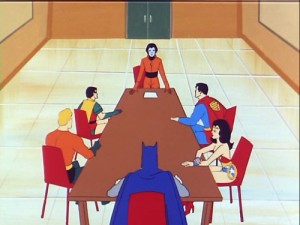 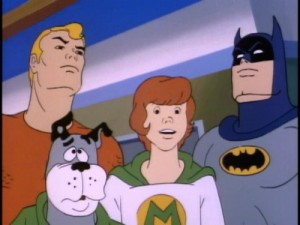 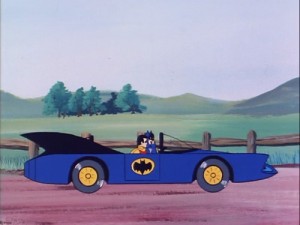 Michael Durr has been reviewing movies for the better part of fifteen years now. He primarily enjoys thrillers, sci-fi, animation and even a little courtroom drama. His favorite films include Escape from New York, the Goonies and anything with Alyssa Milano. When he’s not praising Kurt Russell as the greatest actor of our time or scratching his head over a David Lynch flick, he’s spending time at home in Texas with his lovely wife, Lori and his amazing son. How they put up with him is a mystery, but even Basil Rathbone doesn’t have the time to solve that one.
Dare to Play the Game Rambo: The Complete Collector’s Set (Blu-ray)