Most people my age grew up watching tennis with the likes of John McEnroe, Jimmy Connors or those who went for female competition went with Anna Kournikova and the Williams sisters. Maybe with the later, competition isn’t the right word. Needless to say, tennis can be a very entertaining sport to watch. For the most part, the video game world really hasn’t made too many tennis games that are entertaining to play. Hopefully that changes with 2k’s latest game: Top Spin 4.

After the cut scenes with a bevy of tennis action, we are introduced to a rather bland looking menu screen. Once one selects a mode and then the opponents along with the location, the court is opened. There, we are witness to some wonderful sights. There are forty different locations included and they can each stand on their own as fun places to play. All of the different surfaces show up brilliantly and even ones like clay show the tiniest of details including footprints and areas where you had to slide.

The player creator and player models are mostly positive in the graphics department. Clothes show up marvelously detailed right down to the logo of your favorite tennis apparel designer. However, I was not satisfied with the facial features. Both men and women feel wooden. There is no emotion in their faces and it does nothing to attach the gamer to the creation. If one doesn’t do any player creating, one needs to look no further than the twenty five pros included and see the lack of detail in their facial structure.

Top Spin 4 also features some excellent audio reproduction. Tennis balls going back and forth are crisp and with feeling. Even the crowd gets into it after a lengthy volley session which sometimes prompts the judge to go “quiet please”. I even noticed some slight differences based on the court’s surface to how bounces would sound. Even the net gets some action on a “let” and alerts the player to be careful.

Another point to mention is the “grunts” which have always been part of tennis but usually not recreated in the simulations. For the most part, they sound authentic and not overblown. However, I still tend to laugh occasionally when I hear the females. Chalk that one up to male adolescence. The judge and loudspeaker voices were also clear and added to the action.

The only frustrations would have to do with the menu music which sounds like telephone hold music and is repetitive as you can get. There are some songs in there, but none of them was memorable. I also didn’t care for the repetitive sounds that the coach would make when I repeatedly would miss a specific shot in the Academy. At some points, I did have to mute the audio system when I could not hit certain spots on the court.

The first Top Spin game was actually made way back in 2003 for the original Xbox. It featured Anna Kournikova, Lleyton Hewitt and Pete Sampras as the cover people. It was extremely well received which led to a rather mediocre 2nd outing unfortunately for the current gen systems. The third game in 2008 added the use of the right analog stick which allowed for more precise movements. It received mixed reviews but was an important window to the future. Fast forward to 2011 and we have Top Spin 4.

Speaking of the analog sticks, they are back in Top Spin 4 and can be your best friend or your worst enemy. They require a lot of practice at first to get down timing but if you put in the effort, then on the back end you can pull out some great winners and wicked serves. It is amazing to see that with the proper serve, your ball can have so much velocity that it travels in one direction but when it bounces it whips back to the other. Can anybody say easy ace? I know you could.

Once you get past the serve, return volleys operate in the same fashion. At first you might be only able to hit back and forth with very little spin in either direction. Before long, one can send their opponent back and forth across the court and tie them out something fierce. Which parlays into the fact that there does seem to be issue with running and swinging the racket at the same time. Unfortunately I have seen this problem before.

For some reason, I have ran into a few tennis games that seem to be great if you just try to stand in place and swing the racket. If one moves, better make sure and stop first before one goes for the shot. To some extent, Top Spin 4 suffers from this. There are occasions where one can hit running shots but it seems inconsistent. After a lot of practice, I was able to minimize my movement (which also helps to conserve stamina). In a way, it helped my game. But at least a point or two every super tie-break (race to 10 points), my shot doesn’t go around.

Moving on to the host of superstar tennis players who find themselves in this edition of Top Spin. There are twenty five this year including the male likes of Andre Agassi, Boris Becker, Ivan Lendl, Pete Sampras and Roger Federer. On the female side, we are treated to Serena Williams, Caroline Wozniacki, and Ana Ivanovi among others. I was kinda disappointed in no Sharapova or Monica Seles from previous years. But a stellar squad nevertheless.

Difficulty is honestly all over the map. In some cases, it will seem that one can hit the ball anywhere they darn well please. In others, one would think they have the worst case of cement shoes imaginable. I found myself winning major tournaments but then the next minor tournament having extreme trouble. It is a delicate game of balance and in order to win more often than not, you really have to concentrate and think about your shots. Just like real tennis.

Upon entering the Play section of the menu, one is basically treated to four different selections. There is Exhibition which as it sounds is basically where one can setup a simple singles or doubles match up. Top Spin Academy is the tutorial section (basically a replacement for the weak manual) where you can learn all of intricacies behind the game. To be honest, this is one of the better tutorials I’ve come in contact with. Just get rid of that annoying coach in the background and we are all good.

Moving on, there is a feature called King of the Court. It could basically be described akin to a Round Robin tournament. Four players compete up to a certain number of wins for the title of King. Two start, the winner faces the next person in the lineup, and then they keep going until they reach the win criteria. This is also an excellent way to get the achievement where you have to beat all of the pros since you only have to play a few points.

The meat however lies in the Career section. The player is dumped into the player creation section where they go through quite a bit of menus to create the tennis pro they would like to play with. Well, except the guy or gal really isn’t a pro at that point. Heck, they aren’t even a rookie (that’s the 2nd level). We will call them noob. That works. Anyway, you start off by playing minor tournaments and sparring sessions. With every little thing the player does, they receive experience.

This experience can then be applied to various styles in the Player Evolution screen. Those styles then give your attributes pluses which of course make you better. Honestly, I would have liked assigning individual attributes rather than selecting style emphasis. Anyway, before you know it, you are playing major tournaments as you progress (and win) matches. Progress far enough and play the grand slams as one attempts to become the best ever.

There are also special events which you can complete in lieu of the sparring sessions. These have a variety of categories from exhibition dream matches to hanging out at a night club to yoga. Yeah, you read that right. Yoga. However, be sure to keep up with your sparring sessions since that is the best way to accumulate the special objectives your coach will set up for your development. These coaches come in bronze, silver and gold flavor. Selecting the right one will help your character immensely.

The multiplayer modes are pretty much what you would expect. There are Quick Matches and tournaments such as World Tour and 2k Open for you to play in. Just be prepared to take on people that have skills most likely far beyond your own if you haven’t played it long. Seriously, some of the shots they pull off are insane. However, if you try hard enough (or have a buddy) you can find suitable competition.

There are forty achievements worth one thousand points. The one thing I applaud about these achievements is that they are quite literally all over the place. There are plenty of achievements for career, world tour, king of the court, different tennis shots and online basic play. Heck, you get an achievement for smacking the practice ball around fifty times. The achievements do their darndest to make sure you try every facet of the game. However, if you don’t do well in online mode, for example, you can still get plenty of achievements.

When Top Spin 4 came out about a month ago, there was a video circulating around the YouTube channels featuring a rather shapely Serena Williams trying out the PS3 version with the Move controller. Due to the rather non-pg friendly nature of the commercial, it didn’t air and soon 2k distanced themselves from the commercial. They even removed it from Youtube, though copies will still appear if you look hard enough.

Anyway, I have seen the commercial and yeah Serena is hot but it really is not that bad. We have seen much worse (insert commercials with Carmen Electra, Go Daddy and Victoria’s Secret here). But what it did do was create some publicity for “the” franchise when it comes to well made tennis games. Featuring twenty five (including of course Serena) well known tennis players, we get the basis for a great game with tons of control and a deep career mode.

Hidden behind those modes and shots is a learning curve that will need to endure if one is ever to succeed and rise to the top of the ratings. There is also some blandness in the graphics and audio presentation but once you are serving 100 mph fastballs down your opponent’s teeth, you will hardly notice. This is the tennis game I have been looking for a while and I give it a very easy recommendation. If you are looking for a tennis game this year, pick the one up that makes the others look like Pong, Top Spin 4. 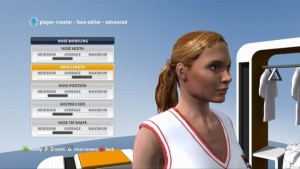 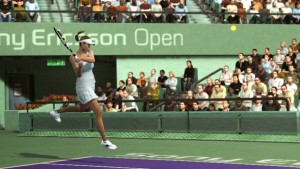 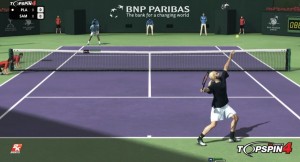 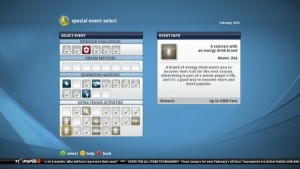 Michael Durr has been reviewing movies for the better part of fifteen years now. He primarily enjoys thrillers, sci-fi, animation and even a little courtroom drama. His favorite films include Escape from New York, the Goonies and anything with Alyssa Milano. When he’s not praising Kurt Russell as the greatest actor of our time or scratching his head over a David Lynch flick, he’s spending time at home in Texas with his lovely wife, Lori and his amazing son. How they put up with him is a mystery, but even Basil Rathbone doesn’t have the time to solve that one.
Scarface says: “Say hello to my little… design!”Congrats to Andrea Mandarino Blood Junkie