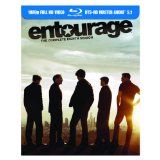 “You’re the good kind of addict. You’re the I-got-messed-up-with-the-wrong-girl-and-ended-up-on-a-blow-bender addict. But Ertz is the Skeevy-old-man-who-got-caught with-a-crack-pipe-and-the-17-year-old-from-Speed-Racer addict.”

Johnny Drama (Kevin Dillon) is deep into production on his animated comeback, Johnny Bananas with co-star Andrew Dice Clay. Eric struggles to maintain his agency while dealing with the fallout from his messy breakup with Sloan (Emmanuelle Chriqui). Turtle faces some major changes in his Avión Tequila business forcing him to scramble to stay on his feet. Meanwhile, Ari (Jeremy Piven), still reeling from the separation from Mrs. Ari (Perrey Reeves), continues his meltdown from last season.

After eight seasons, Entourage  has lost some of the sparkle in its Hollywood star. Although there has been character development over the seasons, things feel a bit too familiar and redundant. We’ve seen the parties, the boobs, the bud, and the decadence a few too many times. Ari will crash and burn only to rise again from the flames like a furious Jewish Phoenix. Drama will be kicked around by the industry again. Turtle will fight to maintain relevance. Eric will somehow remain the voice of reason in spite of the immensity of his problems. All with a glossy polish and light air which guarantees everything will be all right in the end. And it is.

There is some overreaching cheesiness in the final storyline. Vince makes a MAJOR life choice in the last few episodes, so abrupt and awkward it really doesn’t ring true to his character. There is a revelation and a resolution to Eric’s storyline which also feels unbelievable. Drama lives up to his name, and somehow for once it all pays off. Turtle successfully redefines himself and finally comes out of his shell (sorry, couldn’t resist the pun). The one story arc that was truly satisfying is Ari’s. Be sure to keep watching past the credits on the finale for some true Ari gold.

Entourage: The Complete Eighth Season provides a slew of guest appearances and cameos including, Illeana Douglas, Constance Zimmer, Debi Mazar, Miquel Sandoval, Christian Slater, Mark Cuban, Bobby Flay, Melinda Clarke, David Spade, Malcolm McDowell, Amar’e Stoudemire, Michael Strahan, Mark Teixeira, and Rachel Zoe. I already mentioned Andrew Dice Clay. If you were a big fan of his, you will enjoy his extended role, but, if like myself, you were not a fan, he will most likely wear on your nerves.

Entourage: The Complete Eighth Season is presented in a MPEG-4 AVC-encoded 1080p transfer in its original aspect ratio of 1.78:1. As usual HBO keeps setting the HD video release standards with vivid colors, natural skin tones, inky rich blacks, excellent shadow detail, and crisp detail and definition.  There is no artifacting, banding, aliasing, or other digital distractions. DP-duo Todd Dos Reis and Robb Sweeney once again do a brilliant job, and HBO doesn’t lose anything in the transfer.

Entourage: The Complete Eighth Season DTS-HD Master Audio 5.1 track is as top-notch as the video. The sound design is impeccable, whether interior locales or exterior environments. The soundfield is fully immersive, but never too aggressive even with a lively music soundtrack. The dialog is always clear no matter how busy the set or loud the club. The LFE output is controlled but never flat. Cross channel pans are smooth and flawless. The audio will suck you into the story and make it easy to get lost in the glitter.

By now it should be no secret to fans of the show that a feature film is in the works. In fact, the series finale all but sets it up. I like these guys and would enjoy spending more time with them. The wrap-up was a bit overly sentimental and way too cheesy, but it was nice to see these guys off in style. If you were a fan of the series, you will enjoy Entourage: The Complete Eighth Season and will want to add it to your collection.

“I’m not scared. I’m scared for the town. Because once I go out, women will fall and men will start wailing.”