The ABCs of Death (Blu-ray) 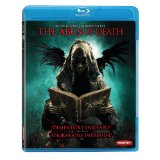 “Each director was given a letter of the alphabet and asked to choose a word. They then created a short tale of death that related to their chosen word. They had complete artistic freedom regarding the content of their segments.”

It’s easy to see why 26 talented filmmakers from across the world leapt at the chance to show audiences 26 different ways to die. Obviously, you can’t exactly be squeamish when you sit down to watch an anthology called The ABCs of Death. But I still wish fewer directors had interpreted “complete artistic freedom” as “make the most ridiculous and disgusting movie you possibly can.”

I realize even the best anthologies are often a mixed bag; it’s just that The ABCs of Death sort of plays out like someone took what was already going to be a mixed bag and tossed it in a blender to make sure things got really messy. For my obligatory synopsis of this film, I feel like I have to put on my Stefon voice: “Based on nightmare by Ant Timpson (an honest-to-goodness credit that pops up at the end), this film has everything; samurais, pedophiles and Nazi stripper cats.” Each filmmaker was given a budget of about $5,000. The roster for this project includes the likes of Xavier Gens (Hitman), Ti West (The Innkeepers), Jason Eisener (Hobo with a Shotgun) and Nacho Vigalondo (Timecrimes), and features segments set everywhere from Japan and Surinam to a futuristic version of Vancouver and a young woman’s colon.

I originally planned to list what each letter of the alphabet represented in this film, but I quickly realized their meaning is revealed at the end of every segment because it often serves as a punch line (Q), explanation (A) or cue to throw up (M). After the brief intro and credits explaining the film’s concept, the only connective device between the films — unless you count the toilets that play an important part in K, M and the amusing, stop-motion T — are the close-ups on the color red that open and close each segment. The ABCs of Death is presented in alphabetical order, but you can really watch these in any sequence you prefer or (even better) cherry pick the best ones.

My favorites (in alphabetical order, natch): D (a silent, stylish, strangely beautiful story of man vs. beast), L (it’s like “The Contest” from Seinfeld, only the exact, depraved opposite), N (dares to be outwardly funny and a bit romantic until the killing twist), Q (probably the best of the bunch; takes a clever meta approach to this project), U (which gives us a monster’s point of view) and X (a graphic, devastating, not-at-all subtle jab at our image-obsessed culture). In other words, I thoroughly enjoyed 6 out of 26 offerings, which is not a great average. (You’d better be darn good with the glove if you’re gonna hang around the majors with that average.) Some films (the striking A, mind-bending C, overly-literal S, and ambitious V) came close, but ultimately felt somewhat incomplete. Others were either too straightforward (B) or just willfully obtuse (G, I, O, R).

The worst of the bunch seemed to play to their filmmakers’ most self-indulgent instincts. I already touched on the gag-worthy M, but at least that one was super short. While films like E are merely punchless, efforts like F (literally a five-minute fart joke), W (which takes a grating meta approach to this project) and Z (I can’t even do justice to the insanity on display here) are aggressively awful. At least the weirdness in H came from a demented Tex Avery-style influence. Only a handful of segments — including G, I and P — don’t feature any sort of humor. Even some of the most ultra-violent films offer some gleefully twisted laughs.

The ABCs of Death clocks in at just under 130 minutes (including about 10 minutes of end credits), so each segment has a running time of about four and a half minutes. Given the chance to showcase death in its “vicious wonder and brutal beauty”, too many of these directors rejected the challenge of creating a substantial short film — a lot harder than it looks given the time and budget constraints — and simply decided to cram as much crazy BS into their movies as they possibly could. (I’m looking at you, W and Z.) Though I’m sure the process was a blast for the filmmakers, it’s a game of one-upmanship where the audience ultimately loses.

The ABCs of Death is presented in an aspect ratio of 1.78:1. The 1080p image is arrived at with an AVC MPEG-4 codec at an average of 25 mbps. After the grainy, Grindhouse-y opening credits, the visual presentation is as varied as you’d expect from a movie that offers 26 different artistic visions. We’re talking stop-motion animation (T), POV shaky-cam (G, U), and much more. The Blu-ray generally does a good job of faithfully presenting what each filmmaker intended, whether it’s slick and detailed (D, O, V) or intentionally lo-fi (including the mailed-in M, which still seems softer than any film in HD should look.) There are a few instances of aliasing and banding, but the versatile disc does a fine job overall of bringing these stories to life death.

The DTS-HD Master Audio 5.1 track offers a persistent rumble from the subs — that’s meant to convey the dread in a lot of these segments — but not much else. While the visual presentation can reasonably be described as varied, this audio track is downright inconsistent. The difference in quality of the equipment used to create or capture the sound in each short is obvious. The surround speakers were almost a complete non-factor, except for the handful of films with a rich sound field. (K, T, U, V) Dialogue — presented in a wide variety of languages — came through adequately, but was rarely a major part of any of the shorts. (Except maybe N.)

A, B, C, D, F, H, I, H, P, R, T, V, W, Z: Assorted bonus material for these 14 shorts, including behind-the-scenes featurettes (F, J, R, T, Z) “Making Of” docs (A,B, D, I) and deleted scenes (they helped fill in the blanks in C). Special attention was given to H, P, V and W, which feature multiple special features or interviews. The coolest of the bunch shows how V director Kaare Andrews built a robot that would’ve ordinarily cost him $50,000. (Again, the entire budget for each film was $5,000.)

Filmmaker Commentary: Every short features a commentary track with the director and (sometimes) a few of his collaborators. They’re not all must-listen material, but I found them to be most helpful for understanding the more perplexing shorts. For example, I didn’t realize I was a political statement about the high number of women being murdered in Mexico until listening to director Jorge Michel Grau. (When he found out he was assigned I, Grau thought to himself “I is for I Am F—ed.”) The award for creepiest/most innovative commentary goes to R filmmaker Srdjan Spasojevic , who, instead of simply introducing himself and talking about the film, narrates his main character’s inner monologue (or something).

AXS TV — A Look at The ABCs of Death: (4:16) Three of the directors — Marcel Sarmiento (D), Ti West (M), and Jon Schnepp (W) — talk about the challenge of making short films and admit to wanting to top one another. West sums things up tidily when he says of his film, “I don’t know if it’s offensive, but it’s unpleasant for sure.”

Do You Know Your ABCs Trailer: Includes a wholesome little animated teaser (1:43) that unsurprisingly takes a dark turn along with the film’s red band and green band trailers (2:52 each).

Short Film Contest Submissions (BD-Live Feature): This feature allows you to stream a list of not-quite-as polished, but mostly worthy submissions. When I took a look at it, there were six films revolving around the letter “T”: Table, Talk, Termite, Thread, Time, Tomato.

This turned out to be a much better idea in theory than in practice.

Personally, I didn’t think a series of movies about death needed to be a horror anthology. (It would’ve been easy to mix in some genuinely funny or poignant pieces in here.) However, the notion of assembling a sort of Horror All Star team proved to be irresistible. Unfortunately, the biggest thing The ABCs of Death has in common with real-life All Star games is that they’re both sloppy and occasionally painful to watch because not everybody is taking what they’re doing seriously.