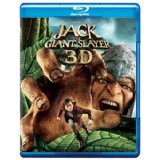 “Fee, Fi, Fo, Fum, ask not whence the thunder come. For between heaven and earth it’s a perilous place, home to a fearsome giant race. Who hunger to conquer the mortals below, waiting for the seeds of revenge to grow…”

Jack the Giant Slayer is the mash-up adaptation of two classic fairy tales; Jack and the Beanstalk and Jack the Giant Killer. Now adaptations are big business in today’s industry, but is combining two different source materials wise, or a recipe for disaster? To answer that question, let’s examine the recipe of this film: two popular children’s stories, Bryan Singer at the helm, top-shelf actors Nicolas Hoult, Ewan McGregor, and Stanley Tucci. Well, considering that the resulting brew is an entertaining, family-friendly fantasy film, my answer is going to be coming up on the positive side.

Nicolas Hoult steps into the role of Jack, a young orphaned farmhand who once dreamed of being a member of the King’s guard. Unfortunately, only men with noble blood are chosen to become Guardians, and as his father used to tell him, “Only thing in their blood was dirt and sweat.” Still, Jack craves adventure, something to take beyond tending to the farm left to him by his father.

One day while in town, Jack wanders into a theater show being put on in the square. The show depicts a tale that Jack’s father used to read to him as a boy about a race of giants who exist on a plane between Heaven and the world of man. The Giant race was said to be notorious for pilfering riches and devouring men until a crown was created to control them and send them back to their land. While watching the show, Jack is mesmerized by the beauty of a girl in the audience. Little does he know that the girl that has caught his eye is Isabelle (Eleanor Tomlinson, Alice in Wonderland), Princess Isabelle, that is.

Isabelle, who craves adventure herself, has grown weary of her position and status. She is also at odds with her father, King Brahmwell (McShane, P.O.C. On Stranger Tides) who intends to marry her off to his advisor, Lord Roderick (Tucci, The Hunger Games). Unknown to the King, Lord Roderick craves more than just his kingdom and has stolen the crown and the magical beans from the fable children story to free the Giants. Through a twist of fate, the beans end up in Jack’s possession.

Once the beans get wet, a beanstalk sprouts up into the sky taking Isabelle with them. The King sends his most trusted Guardians (Ewan McGregor and Eddie Marsan) into action, to climb the beanstalk and reclaim his daughter. Jack volunteers to join the quest, as does Roderick, but for a more devious reason.

As far as a fantasy adventure stories go, this may be my favorite one of the year. It’s wildly entertaining and accessible to any age group. It’s a gentle comedy that caught me completely off guard; I truly didn’t intend to laugh as much as I did. Witty dialog was distributed evenly to each of the cast members.

Nicolas Hoult is golden; he admirably portrays Jack as the relatable everyman, a young man who aspires to rise above his station to something greater, and get the girl, of course. Granted, that’s a traditional element in almost every film, but he accomplishes it in his own smart-aleck way. McGregor and Marsan are quite the comedy duo, playing off one another like pros. Tucci isn’t to be forgotten, either, as the villain of the story; he is despicable without doubt, but he does it in such an offhand way that you can’t help but enjoy it.

Jack The Giant Slayer is presented in its original aspect ratio of 2.40:1. The 1080p image is arrived at with an AVC MPEG-4 codec at an average 30 mbps. We were not sent the 3D version to review, and it appears that’s where all of the magic must be. I wasn’t overly impressed with this high-definition image presentation. The image was a bit muted and not as sharp as I would expect for a modern f/x film. The CG elements were a little too obvious. At times colors popped, but there were too many others where the film was quite bland. The giants had wonderful sharpness, but the features themselves weren’t full of details I would have expected. Black levels are fair to poor with almost no real shadow definition. I can only hope the 3D image made up for these shortcomings.

The DTS-HD Master Audio 5.1 is a bit better than the image, but not by much. Yes, there was some nice surround usage, and the score offered some dynamic moments. My sub appeared to be asleep throughout entirely too much of the action-packed sequences. Dialog was fine and well placed.

Become A Giant Slayer: You pretty much have to play along with this cumbersome game to access any real behind the scenes footage. Way too tedious for my taste. I want to get right to them. Here you have to climb a beanstalk being careful not to fall all the way to the bottom. Honestly, I don’t have that kind of time to view short pieces. Do you?

Deleted Scenes: (8:27) Much of this is seen through pre-viz and not live action. You can’t select an individual scene or even jump to the next one. It’s all one chapter. Mostly alternate intro stuff.

Bryan Singer returns to the director’s chair for the first time since 2008 with a movie that has something to offer to everyone: Enough Man vs. Giant action to keep the guy’s eyes glued to the screen, a bit of romance to appease the ladies, and lighthearted, easily-followed comedy for the kiddies; a movie for all ages.

Parts Of This Review Were Written By Gino Sassani

Jeremy Butler is a film school graduate of the International Academy of Design and Technology. He is been writing for Upcomingdiscs since 2012; however, movies have played a big part of his life for much longer. Favorite genres include horror, science fiction/fantasy, and comedy. Favorite movies are V for Vendetta, Boondocks Saints, Kiss Kiss Bang Bang, and The Godfather.
Aroused Paul McCartney and Wings: Rockshow (Blu-ray)