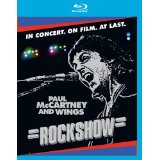 Any discussion of the greatest living rock stars has to have Paul McCartney at or near the top of the list. Obviously, “greatest” is a totally subjective descriptor, but even if you’re more of a Stones person you can’t argue with McCartney’s staggering success. He has sold more records than anyone else, wrote the most covered song of all time (“Yesterday”) and owns a handful of other Guinness World Records. The recipe for his singular greatness is a mixture of artistic brilliance, versatility and longevity. It’s what has allowed him to remain relevant more than 40 years after the dissolution of the best-selling band of all time. And a key part of that staying power was Wings.

The first Wings album, “Wild Life”, was released in 1971, just one year after the formal break-up of The Beatles. Wings released nine albums in the 1970s — seven studio albums, the “Wings Greatest” compilation, and the live “Wings Over America” album — scoring five straight chart-toppers in the United States. The band was arguably at the peak of its powers in 1976 and featured its most celebrated lineup — Paul McCartney, Linda McCartney (keyboards), Denny Laine (guitar), Jimmy McCulloch (guitar) and Joe English (drums) — when it set off on a massive world tour that covered ten countries and brought music to more than two million people. That tour turned into the 1976 “Wings Over America” triple album and was also captured cinematically with 1980’s Rockshow. I know patience is a virtue, but 33 years still seems like an overly long time to wait for such an excellent concert to get a proper home video release.

This Eagle Rock Blu-ray came out June 11; if they’d waited exactly one week, they could’ve released the title on Macca’s 71st birthday. Rockshow features 30 songs and footage from performances in Los Angeles, New York and, most notably, Seattle’s Kingdome, which packed 67,000 fans into the now-defunct stadium.

It turns out 1976 was the perfect moment to catch the Wings in concert. By that time, the band had accumulated an impressive and varied catalog of hits. More importantly, McCartney and Co. finally felt secure in the new band’s status to sprinkle in some beloved Beatles hits into their 139-minute set, including “The Long and Winding Road”, “Blackbird” and the aforementioned “Yesterday.” Basically, this tour was a dream come true for music fans who followed McCartney throughout his entire career.

It helps that McCartney appears to be having a blast throughout the concert. Rockshow lives up to the second half of its name with opening graphics that introduce each band member like this is some sitcom. The show gets off to a rousing start with the “Venus and Mars”/“Rock Show”/“Jet” trifecta and doesn’t really look back. McCartney hops from his electric guitar to the piano (where he can hardly sit still) to an acoustic set/jam session before returning to the piano and closing the show where he started with the electric guitar.

Throughout the concert, McCartney casually passes lead vocal duties to Laine (“Spirits of Ancient Egypt”, “Go Now”, “Time to Hide”) and McCulloch (“Medicine Jar”) while ripping through his most recognizable hits. I wasn’t surprised to enjoy blockbusters like “Band on the Run” and “Live and Let Die”, but I also found myself drawn to the bluesy charms of “Let Me Roll It” and “Call Me Back Again”, the groovy “Bluebird” and the brooding “Beware My Love.”

But enough about me; see for yourself what this terrific Blu-ray has to offer.

6. Call Me Back Again

8. The Long and Winding Road

20. Listen to What the Man Said

Paul McCartney and Wings: Rockshow is presented in an aspect ratio of 1.78:1. The 1080p image is arrived at with an AVC MPEG-4 codec at an average of 32 mbps. The Rockshow Blu-ray features a restoration from the original 35mm negative to mixed results. Black levels are inconsistent, looking hopelessly gray at some points while appearing wonderfully deep and inky in others (including psychedelic show-closer “Soily”). As you’d expect, there’s grain throughout, but it comes on heavier for certain softer wide shots. On the other hand, some close-ups of McCartney and the rest of the band look stunningly clear. Colors aren’t a major factor except for a handful of songs that employ lighting effects — including the potentially seizure-inducing “Live and Let Die” — but what we do see is presented faithfully.

In fact, that pretty much sums up the entire visual presentation. The image hasn’t been artificially scrubbed clean and it still very much looks like a product of its time. Overall, this is an up-and-down presentation, but the good parts significantly outweigh the less good.

I tend to judge any concert Blu-ray based on whether or not the disc made me jealous for not attending the show in question. (For the record, the answer for Rockshow is a resounding, “Yes!”) The DTS-HD Master Audio 5.1 track helped soften the blow of me not being born in time to attend this concert by immediately putting the viewer in the arena. The rears envelop you with ambient noise from the audience right from the start.

As for the actual music, McCartney’s vocals — unlike parts of the video presentation — are remarkably clear. The music inevitably pushes some of that initial crowd immersion to the sidelines, but that’s a trade any music lover would make 10 times out of 10. I was particularly impressed with the way the subs were used; they provide an effective, reliable bottom end to the proceedings without having to resort to thumping.

You also have the option of listening to the show in LPCM Stereo, though I’m not really sure why you’d want to do a thing like that. (Eagle Rock releases tend to inexplicably have this as the default audio track.)

Although there is only one official special feature, I have to mention the fine-looking packaging for this release. The Rockshow Blu-ray comes in a DigiBook that includes informative liner notes written by British television and radio presenter Paul Gambaccini and vintage photos from the historic tour. The only downside is the disc being tucked into a cardboard slip case, so don’t flip through the liner notes too quickly or the disc might come flying out.

A Very Lovely Party: (10:06) Takes us behind the scenes of the tour, with band members goofing around backstage and on the tour bus. We see the likes of Chevy Chase, Elton John, Cher and Ringo Starr attending performances. (Though not together…at least I don’t think.) Also features footage of Dan Aykroyd/John Belushi and Chuck Norris performing on stage. (Definitely not together.) Things wrap up with amusingly candid comments from blissful concertgoers. (One fan admits she would’ve preferred to have seen the Beatles.) Presented in HD.

Rockshow has previously been available on home video — most notably, a Betamax version was issued in 1981 — but thanks to the current high definition age, the concert has never looked or (especially) sounded better.

It’s not perfect and I’m sure fans would’ve loved to have seen some present-day participation from McCartney or any of the other surviving band members, but it’s a rocking presentation of a wonderful show.