Congratulations To Brent Lorentson On 200 Reviews 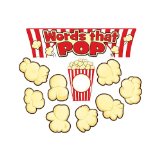 If Brent’s name looks familiar to you, that’s because he’s been a major contributor here at Upcomingdiscs for going on 2 years. If you don’t know Brent’s name, you aren’t coming here often enough. Brent’s been a great find and we’re looking forward to the next 200 reviews. Take the time to check out what he’s had to say.

Please join me in wishing congrats to Brent!

We’re all lucky to have him on board.

Gino Sassani is a member of the Southeastern Film Critic's Association (SEFCA). He is a film and television critic based in Tampa, Florida. He's also the Senior Editor here at Upcomingdiscs. Gino started reviewing films in the early 1990's as a segment of his local television show Focus. He's an award-winning recording artist for Omega Records. Gino is currently working on his 8th album Merchants & Mercenaries. Gino took over Upcomingdiscs Dec 1, 2008. He works out of a home theater he calls The Reel World. Favorite films: The Godfather, The Godfather Part II, The Body Snatcher (Val Lewton film with Karloff and Lugosi, not the pod people film), Unforgiven, Gladiator, The Lion King, Jaws, Son Of Frankenstein, The Good, The Bad And The Ugly, and Monsters, Inc.
In Fear (Blu-ray) Primeval New World: Complete Series