Posted in: Disc Reviews by Archive Authors on April 29th, 2014 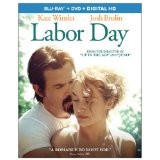 There have been complaints that there are not enough films that have decent lead roles for women. There are those that say that Hollywood does not make enough movies for women. Then when they do, critics tend to dismiss them as “Lifetime” movies (a term that is dismissive because of the cable channel that churns out generic movies for women). It seems far easier to accept excessive violence or male-oriented films with sexual content. If a movie tries to legitimately capture real situations from a woman’s point of view, it can be patronizingly categorized as pap and schmaltz.

I see an awful lot of movies, and what disappoints me most about many of them is the insincerity of the experience. We get to see a lot of violent movies and a lot of funny movies, and if they seem halfhearted, I shrug it off as the norm. If I see romantic comedies that seem like weak rip-offs of movies made years ago, I assume they just don’t know how to make them anymore, but an even rarer commodity is a serious romantic movie that works. Today that usually means it has to be laced with cynicism and anger.

Labor Day is an honest attempt to make a movie that is serious and heartfelt. Today that is out of fashion. There have been many of these movies over the years, but today we only see Nicholas Sparks movies or clones of Nicholas Sparks.

Kate Winslet is a brilliant actress, and she gives a great performance of a woman paralyzed by a painful past. Josh Brolin is an escaped convict who is also revealed to be a tortured soul yearning to heal the pain in his past. The two are brought together, and in a short time come to feel that they have hope again.

The film plays out with a series of flashbacks outlining their past lives while the present day situation slowly plays itself out. The story of the mother and son is also a large part of the story. The son feels like he must protect his mother and console her because of her disabling depression. The hostage situation then puts their relationship in a new light.

The story is both frightening and sad. When the romance begins to blossom between the convict and his captive, it is because from the beginning the convict has leavened his intimidation with a gentle and kind manner. Her depression has almost been relieved by the tension. She has been shaken out of a stupor.

The eventual resolution of the film allows Tobey Maguire to play the young son years later.

The book that the film is based on is written by Joyce Maynard, who has had an unusual career as a writer and celebrity. She started out as a precocious teen who wrote an article for The New York Times Magazine ( An Eighteen Year Old Looks Back on Life) as a voice of a generation, then became the paramour of the legendary writer J.D. Salinger after her wrote her a letter. She also wrote a book about those years which caused considerable controversy. Another of her books, To Die For, was made into a film with Nicole Kidman.

Labor Day is presented in an aspect ratio of 2.40:1. The 1080p image is arrived at with an AVC MPEG-4 codec at an average of 33 mbps. The movie is primarily set in 1987, but the warm golden hue that dominates the image is more closely associated with nostalgic films and TV shows set in the ‘50s or ‘60s. That means there’s a pleasing softness to some of the exterior shots, which nevertheless pop with rich color and texture. Those exterior shots contrast nicely with some of the less picture-perfect details inside Adele’s messy house. Shadow definition, contrast, and black levels are all on-point in those interiors. Close-ups consistently deliver fine detail, whether they’re lovingly captivating (you see every detail of the famous pie scene) or surprisingly grungy (the sweat on Winslet and Brolin). The movie achieves a timeless look, but this impressive Blu-ray from Paramount is a strong showcase for what modern technology can do.

The DTS-HD Master Audio 5.1 track doesn’t shy away quiet moments, which complements the film’s deliberate pace. That is to say the rears don’t feel obligated to crank out any artificial ambient noise during scenes where Frank, Adele and Henry are holed up in the Wheeler house. On the other hand, the track also offers some aggressive sub activity during the opening credits and during some flashbacks to Frank’s past. I realize the effect is meant to unsettle the audience, but to me it felt like an unnecessarily aggressive ploy. Other than that, the track is pretty straightforward and dialogue-heavy, with most of that action — along with Tobey Maguire’s narration — confined to the front speakers. Rolfe Kent’s lovely score only really gets to shine during the opening credits. The track is asked to do less than I expected, but it handles its modest responsibilities quite well.

Filmmaker Commentary: Writer/director Jason Reitman, cinematographer Eric Steelberg, and first assistant director/co-producer Jason Blumenfeld recorded this chat in November. We learn the production team used Terrence Malick, Body Heat and nostalgic movies like Stand By Me as reference points. The track feels oddly stilted, but is pretty informative in terms of production details and anecdotes. Reitman dominates conversation and admits (tongue-in-cheek) to the fact that he wanted to create the greatest pie-making sequence in cinematic history.

End of Summer: Making Labor Day: (29:06) Reitman, author Joyce Maynard, and the cast weigh-in on the heartfelt project. (Brolin, in particular, seems very invested.) Besides the typical talking-head interviews, we get a look at an exuberant Reitman behind the camera and we see a great outtake of Gattlin Griffith (Henry) nailing Brolin in the face with a line drive right after Brolin mocked him for swinging and missing at a pitch. A cut above and more in-depth than your typical behind-the-scenes doc.

Deleted Scenes: (10:36) These six scenes include a little more J.K. Simmons (a Jason Reitman regular) and a lot more attention paid to Henry’s hamster, Joe. The latter helps explain a misguided decision Henry makes toward the end of the film.

The director Jason Reitman (son of Ivan) has given us edgy and relevant films for many years now. His resume includes  Juno, Thank You for Smoking, Up in the Air, and Young Adult. The story here doesn’t have that cynical edge that the other films had. Labor Day is a story that takes place in 1987 in a small town about a more traditional time and place than the other films. Some may want to question his decision to turn away from a certain style that has been very successful. I think Labor Day is a very sincere and intelligent attempt. It may not be perfect, but it is the kind of movie that doesn’t come along often. We need to make more films for women and not more hyper-violent and uber-sexist movies.

Parts of this review were written by John Ceballos