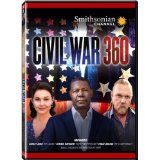 I’m as excited as you are to (finally!) have a three-day weekend. But between scarfing down hot dogs or hopping from one pool party to the next, it can’t hurt to take a few moments to acknowledge why we observe Memorial Day in the first place. You probably know the annual holiday pays tribute to the men and women who have died while serving in the U.S Armed Forces. What you may not know is that Memorial Day originated shortly after the U.S. Civil War. This three-part documentary miniseries strives to examine “America’s Bloodiest War” from every angle.

“The legacy of the war survives in the objects left behind.”

Civil War 360 originally premiered on the Smithsonian Channel in October. Each hour-long episode focused on a different side of the conflict and was hosted by a celebrity who had familial connections to the time period. The miniseries also used dramatizations and a wide variety of Civil War-era artifacts to help bring history to life.

At first, I was a bit put off by Judd’s overly aggressive on-camera delivery in “The Union.” Thankfully, Judd is more visibly relaxed when she’s interacting with other people — curators and historians — rather than delivering ponderous voiceover narration about how the Union was “fighting to reunite a fractured nation.” The parts with Judd play like a particularly lively episode of Who Do You Think You Are?, NBC’s genealogy series. Of course, the history is the real star here. We know ***150-YEAR-OLD SPOILER ALERT*** that the Union won, so I was most intrigued by the lesser-known bits of history on the fringes. This includes a look at the New York City draft riots of 1863 between Irish immigrants and African Americans (the two lowest groups on the social spectrum at the time), and a glimpse at several women who impersonated men so they could fight for the Union. In the end, we learn the Union suffered almost 400,000 casualties.

Toward the end of “The Confederacy,” Adkins tells us more than 260,000 soldiers in the Southern army died. That amounted to 1 in 5 Confederate soldiers. For me, this episode proved to be the most clear-eyed of the bunch in its presentation; it was also my favorite. From the beginning, “The Confederacy” establishes how slavery shaped every aspect of life in the American South. Not surprisingly, the biggest factor was money: the South was responsible for the great majority of the world’s cotton production, which relied heavily on slave labor. The episode hits all the major historical points — from the first shots fired at Fort Sumter to Gen. William Sherman’s march through Georgia — while leaving time for some amusing moments in between. Adkins, a proud Southerner, proves to be an affable host who seemed particularly at home perusing Civil War-era sheet music and roaming the aisles of a gun museum.

Though his ancestral ties to the war aren’t as direct as Judd’s or Adkins’, Haysbert is the one who is the most visibly affected by his findings in “Fight for Freedom.” The actor seems momentarily flummoxed as he examines a ship’s manifest that lists slaves as cargo. Out of the three Civil War 360 episodes, “Fight for Freedom” has the loosest ties to the Civil War; the experiences and contributions of African American soldiers aren’t chronicled until the episode’s second half. (For example, black soldiers were much more likely to be killed rather than being taken as prisoners of war.) The first half is devoted to establishing the various ways slavery was a part of American life. (Industrial advances, like Eli Whitney’s cotton gin, had raised the demand for cotton workers.) With so much ground to cover, “Fight for Freedom” inevitably felt the most rushed. Fortunately, it still served as an informative and affecting snapshot.

Of course, it’s impossible to tell any sort of comprehensive story on any of these topics in an hour. (Or actually, 45-ish minutes once you take out the commercials.) Civil War 360 smartly capitalizes on its ties and access to the Smithsonian Institution. The dramatizations of historical events are less effective here than seeing Judd, Adkins, and Haysbert stand in awe of artifacts like Old Glory, Lincoln’s top hat, some shackles used on slaves, and a cloak worn by Confederate cavalry commander John Mosby. While the series touches on the major historical figures of the time — Abraham Lincoln, Robert E. Lee, Jefferson Davis, Fredrick Douglass — I liked learning about colorful, lesser-known figures like Mosby (nicknamed the “Gray Ghost”) and controversial Union Gen. Benjamin Butler.

The Civil War 360 DVD includes a bonus episode called “Lincoln’s Washington at War.” There’s no celebrity host, but it features a look at a Washington D.C. that bore little resemblance to the stately capital we know today. The city at the time is described as “an overgrown village” that was literally caught in the middle of the conflict: Virginia had seceded, and Maryland came close to following suit. There’s some interesting stuff here, but the episode feels a little self-congratulatory by dedicating so much time to Joseph Henry and the Smithsonian Castle. “Lincoln’s Washington at War” is also more scholarly and less stylish than the other episodes included here, so its presentation of Lincoln’s oft-chronicled assassination feels less than essential.

Finding a fresh perspective on a 150-year-old subject is a pretty daunting task. Civil War 360 should be commended for taking that sort of challenge on and producing a miniseries that is both enlightening and entertaining.