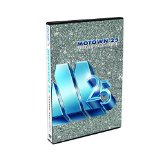 My mom’s worn-out VHS tape was simply labeled “Motown 25.” I can very vividly remember it sitting in the entertainment center of our living room in Puerto Rico when I was little. It even migrated over to St. Petersburg with the rest of our family almost 20 years ago. As time passed and we adopted DVDs, a lot of our VHS tapes got pushed to the background (or the scrap heap). But not “Motown 25.” I suppose I never realized the historic, star-studded concert celebrating Motown’s 25th anniversary had never been available on DVD. Well thanks to StarVista Entertainment/Time Life Entertainment, that’s no longer the case.

“Some of the things you’re gonna see this evening are gonna blow your mind.”

The concert originally aired as an NBC TV special on May 16, 1983. Even if a certain single-gloved superstar hadn’t (moon)walked away with the show, Motown 25: Yesterday, Today, Forever would’ve gone down as one of the most astounding collections of musical talent and star power ever to be assembled on a stage. And that’s before you even consider that Richard Pryor — probably the world’s hottest comic at the time — served as the program’s host. This three-DVD set offers an extended version of the show, an uncut rehearsal session with Marvin Gaye, and a treasure trove of featurettes and interviews.

Naturally, the main attraction here is the music, which is featured in its entirety on Disc 1. Despite opening with a Fame-ish number to “Dancing in the Street” that very much rooted the program in the early ‘80s, Motown 25 was absolutely about celebrating the singers, songwriters, and producers who helped build the record company into an indelible American institution.

The extended edition of the show clocks in at 124 minutes and incorporates more than 20 minutes of additional content. I admit I haven’t dusted off the old “Motown 25” VHS in more than a decade, so I can’t say with absolute certainty what was added. However, this extended edition had more vintage clips, pre-taped packages (including one with a team of Motown songwriters riffing on “Money (That’s What I Want)”), and between-song patter than I remember. The vintage clips are especially cool to watch when they meld into the same artist performing in 1983.

Virtually every significant artist in the history of Motown — even the ones who’d left the company by its 25th anniversary — returned for the concert, resulting in a spectacular music showcase. If you like Smokey Robinson, you’re in luck: Robinson — who was credited as the program’s “music director” — performed with The Miracles, dueted with Linda Ronstadt, and sang a few solo hits. In the “Signed, Sealed, Delivered” featurette, de Passe refers to Robinson as the nucleus of the show in terms of attracting the talent.

The talent also included a sensational “battle” between The Temptations and The Four Tops that led to a revitalization — and occasional joint tours — for both groups. There’s also the inimitable sight of Diana Ross unexpectedly appearing (wandering?) on stage and grooving to Adam Ant’s performance of “Where Did Our Love Go.” And that was only the second most mind-blowing thing she did that night, following her brief unexpected reunion with fellow former Supremes Mary Wilson and Cindy Birdsong for “Someday We’ll Be Together.” But if you want to talk about “mind-blowing,” you have to go to Michael Jackson unleashing his moonwalk on the world for the first time during a performance of “Billie Jean.” To be honest, it was the only thing I remembered from this segment prior to watching this concert again; I’d forgotten that the singer had also reunited with his brothers for a Jackson 5 medley.

Naturally, a few of the performances are bittersweet, considering some of these people have since passed on. It was particularly poignant watching a dapper Marvin Gaye take the stage for “What’s Going On” since the singer would be tragically killed less than a year after the show aired. Although he only sings once during the concert, Gaye gets a terrific showcase in Disc 2 of this set. The 24-minute “Marvin Gaye Rehearsal” shows uncut footage of the artist wondrously and absent-mindedly riffing at a piano while battling a malfunctioning stage platform. There’s also “What’s Going On: Marvin Gaye,” a featurette that tracks his career from his arrival at Motown and celebrates his singular talent. Disc 2 is rounded out by extended interviews with de Passe (who really seems like the stealth hero of Motown 25) and producer/director Don Mischer, which give you an excellent look at how challenging and exhilirating it was to put this show together.

De Passe, Mischer and their fellow producers pop up in Disc 3, which is dedicated to reunions. Part 1 of a 58-minute Roundtable is dedicated to the producers, while Part 2 brings back Robinson, Fakir, and Williams for more recollections and barbershop-style ribbing. Disc 3 also includes another pair of featurettes — one dedicated to The Temptations/The Four Tops; the other looking back at Hitsville, Motown’s first headquarters — as well as interviews with Fakir, Williams, Claudette Robinson (The Miracles), and Martha Reeves (Martha and the Vandellas).

The concert itself ends with all the performers taking the stage for a group sing-along to “Someday We’ll Be Together” and “Reach Out and Touch (Somebody’s Hand)” as they implore Gordy to join them. It’s a fitting end to a show that is now widely available to be seen for the first time in more than 20 years. (I imagine music/song licensing issues were responsible for the hold-up.) The concert is presented in 5.1 Dolby Digital Surround for the first time, though you have to select it in the Set Up menu because the show defaults to Stereo 2.0.

A Blu-ray release obviously would’ve been ideal, but this raucous, comprehensive DVD presentation will do just fine. I actually don’t know where that “Motown 25” VHS tape is right now, but I can’t imagine I’d ever toss it because it reminds me of my mom. And part of the reason I enjoyed this set so much is because I know she would’ve gone crazy for it.

“Dancing in the Street” – The Lester Wilson Dancers

Medley: “Shop Around”/“You’ve Really Got a Hold on Me”/“The Tears of a Clown”/“Going to a Go-Go” – Smokey Robinson & The Miracles

“Where Did Our Love Go” – Adam Ant

“You Mean More to Me” – Lionel Richie

“I Want You” – The Lester Wilson Dancers

“All This Love” – DeBarge

Medley: “Being with You”/“Cruisin’” – Smokey Robinson

“31 Nights Of Terror” From Dusk Till Dawn: Complete Season One (Blu-ray) “31 Nights of Terror” The Dead and the Damned II