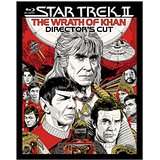 “He tasks me. He tasks me, and I shall have him! I’ll chase him ’round the moons of Nibia and ’round the Antares Maelstrom and ’round Perdition’s flames before I give him up!”

After its shortened three year run, it looked like Star Trek was dead and gone. A very short lived animation series was the first attempt to carry on. Before long it too was a thing of the past. Then something rather amazing happened. Star Trek found a home in syndication. The local television markets aired the shows in a somewhat edited form, and they were rewarded with record-breaking local ratings. It didn’t take long before Paramount saw the possibilities. By the mid 1970’s there were plans to bring the original crew back for a new television series. The development name for this show was Star Trek: Phase Two. Scripts were written, sets were designed and constructed, and all of the original cast except for Nimoy were on board. A new Vulcan science officer named Xon was added to the cast. The idea was that the new Star Trek would anchor a proposed Paramount Television Network. The network idea fell through, and Star Trek was in limbo. Then George Lucas came along with his space opera Star Wars. Fans were lining up for blocks to see the epic adventure. Science fiction had proven itself at the box office, and Star Trek was back on, this time as a major motion picture. Gene Roddenberry was back in the producer seat, and veteran director Robert Wise was at the helm. On December 7th 1979 I was in the Fox North theaters with seven friends from 10:00 AM until after 10:00 PM for an endless marathon of… But the film ultimately disappointed.

It was really a disaster. Director Robert Wise told me there were new script pages every day and the film was never really locked down. Whoever might be to blame, it appeared Star Trek’s resurrection would be a brief one.

Along came Nicholas Meyer and Harve Bennett. Meyer decided that the films needed to go back to the roots of what made Star Trek so beloved. It was time to return to the series, but not just to retool an episode and throw some new f/x on top. Bennett looked over all 79 episodes and decided to bring back one of Kirk’s best nemeses, Khan. Meyer concentrated his efforts on building the bonds of character back into the franchise. This was not going to be a film about spaceships. This was a film about people who worked inside of those spaceships. Word leaked out that Spock was to die in the film. Meyer decided to allow the rumors to work for him. A scene was added to the film’s introduction containing a simulation, the infamous Kobayashi Maru, or no-win scenario. The famous Enterprise crew is now training Starfleet cadets. In the simulation Spock is killed. It was Meyer’s hope that fans would mistake this for the rumored demise of Spock.

All of the fun and games come to an end when Khan (Montalban) hijacks a ship and comes looking for Kirk. The two engage in Trek’s best battle to date. They match wits. All the while Kirk must deal with encountering an old flame, Carol Marcus (Besch) and the son, David (Buttrick) he never knew he had. It doesn’t help that most of the crew is manned by a group of cadets on their first training mission. The crew must sacrifice their lives, if necessary, to keep Khan from possessing a project called Genesis. It’s a terraforming device that can rip a planet’s ecosystem apart and transplant a new one over the old. In the end, it’s Spock (Nimoy) who must make the ultimate sacrifice.

The three minutes of extra footage come from the television edit.

Star Trek II: The Wrath of Khan is presented in its original theatrical aspect ratio of 2.35:1. The 1080p high-definition image presentation is arrived at with an AVC-MPEG codec at an average of 30mbps. Considering the age of the film, the color is surprisingly vibrant. In the commentary track, Myers mentions how a film becomes dated by the way it looks, and that is certainly true of the color process used on this film. Blacks are not exceptional but provide an atmospheric and detailed field of dark colors when necessary. I did notice an occasional film artifact and some shimmer in the film’s engine-room climax. Grain was consistent with the original film. There is at times a noticeable difference in film quality during some of the restored scenes. They were originally added to a TV release and stand out from the quality of the bulk of the film. . Unfortunately, we can’t talk about the video quality here without bringing up the controversial subject of DNR (Digital Noise Reduction) once again. There is ample evidence that there has been some scrubbing on these transfers. That doesn’t mean there aren’t some wonderful things to talk about here. It just means that the video will not be as true to the theatrical release as many of us would like it to be, even if we could agree that removing the grain is a good thing, which we can’t. You need to understand that the DNR process is not a perfect one. When you remove some of that “noise” you change certain aspects of the film itself. Backgrounds lose some sharpness and focus. This was particularly evident in how bad the backgrounds look in the Botany Bay.

The DTS-HD 7.1 Master Audio track is an awesome upgrade here. Again the key is that it does not impose itself as a distraction. The surround mix is negligible enough to fit in with what we remember while adding more on the dynamic side rather than any kind of aggressive mix. You’ll hear sub response that I just never connected with the original films. The dialog has been obviously enhanced by the new mix with good results. The iconic incidental music is better than ever before. You get everything you’re used to, but better, in this audio presentation. There were two instances where the audio dropped out. I checked it on several players with the exact issue. Both instances are in added footage. I have word out to my Paramount contact, and I’ll pass along any answers. If it’s a manufacturing flaw, Paramount is good at getting out replacement discs.

There are Commentary Tracks with Nicholas Myer, Manny Coto on both versions along with the original text commentary.

Captain’s Log: (27:21) SD: Harve Bennett talks about the task of taking over the production duties from Gene Roddenberry. He drives the behind-the-scenes feature, but there’s a lot added from the likes of Nicholas Meyer, William Shatner, Leonard Nimoy, and Ralph Winter. Of course, Shatner takes credit for designing the Spock death scene. Even Ricardo Montalban offers some sweet insight into his approach to Khan 15 years later.

Original Interviews: (10:56) SD: These are the same interviews found on the 2-disc DVD release. You’ll find vintage pieces with William Shatner, Leonard Nimoy, and DeForest Kelley, as well as Ricardo Montalban. The last 2-3 minutes is just a stills gallery set to music.

The Visual Effects Of Star Trek II: (18:14) SD: This older feature looks at the models and other f/x used on Star Trek II. Meet some of the f/x crew and enjoy footage of them working with the models. This is all pre-CGI.

James Horner – Composing Genesis: (9:33) HD: Horner contributed, in my opinion, some of the best of the film series in the way of musical themes. Spend a little time with him here exploring those themes.

Collecting Star Trek’s Movie Relics: (11:05) HD: Here’s a look at some collectors and the props they’ve snagged over the years.

A Novel Approach: (28:55) SD: Pocketbook Trek writers talk about the franchise of Trek fiction that has been written over the decades. The talk centers on the Eugenics Wars series of novels, of course, a perfect tie-in with Khan. A couple of the writers read passages from their own books.

The Mystery Behind Ceti Alpha VI: (3:08) HD: Another Starfleet briefing. This one hypothesizes why Ceti Alpha VI exploded.

A Tribute To Ricardo Montaban: (4:44) HD: Nicholas Meyer offers what amounts to a eulogy for the Khan actor. Unfortunately it’s all very dry and is all monologue. There’s not really much Ricardo here at all.

“We are gathered here today to pay final respects to our honored dead. But it should be noted that this death takes place in the shadow of new life, the sunrise of a new world, a world that our beloved comrade gave his life to protect and nourish. He did not feel this sacrifice a vain or empty one, and we will not debate his profound wisdom at these proceedings. Of my friend, I can only say this: of all the souls I have encountered in my travels, his was the most… human.”

Gino Sassani is a member of the Southeastern Film Critic's Association (SEFCA). He is a film and television critic based in Tampa, Florida. He's also the Senior Editor here at Upcomingdiscs. Gino started reviewing films in the early 1990's as a segment of his local television show Focus. He's an award-winning recording artist for Omega Records. Gino is currently working on his 8th album Merchants & Mercenaries. Gino took over Upcomingdiscs Dec 1, 2008. He works out of a home theater he calls The Reel World. Favorite films: The Godfather, The Godfather Part II, The Body Snatcher (Val Lewton film with Karloff and Lugosi, not the pod people film), Unforgiven, Gladiator, The Lion King, Jaws, Son Of Frankenstein, The Good, The Bad And The Ugly, and Monsters, Inc.
Altered Minds Gridlocked (Blu-ray)