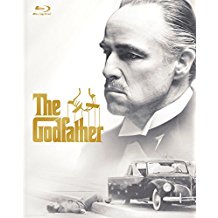 It’s hard to believe that it has been 45 years since The Godfather first graced theater screens. The Godfather films changed storytelling forever. Films before that time, mobster or otherwise, had some very simple but unshakable rules. There was always a fairly clear distinction between the good guys and the bad guys. The good guys always win in the end, and the bad guys always succumb to justice before the final credits. For perhaps the very first time, we were given characters that we knew in our souls were evil men. They killed. They broke laws. They manipulated everyone around them through fear and terrorism to bend to their wills. Somehow, now they are the film’s core heroes, if you will. When Vito is shot, we cheer for Michael, who discards his contempt for his family’s criminal image and comes to his father’s aid. Suddenly this wasn’t just about a gang of mobsters. This was a story about a family. Most of us can’t relate to the mafia ins and outs, but we all have fathers, and even when we dislike what our fathers represent, we will more often than not come to their aid if they’re being threatened. This unique morality paved the way for an entire genre of such characters today. There just couldn’t have been a Tony Soprano or Vic Mackey without The Godfather. While there were certainly protests from aspects of the Italian-American community decrying the violent way our ethnicity was portrayed, most of us from that community saw more than violence and Mafioso. If you’re from an Italian family, you simply can’t help recognizing aspects of your own family in the Corleones. I could see my own grandfather in Vito, sans the mob boss occupation. Many of us took away the strict codes of honor and respect that drive Italian-Americans to this day in very normal lives. We’re a very passionate people, even if most of us are not part of an organized criminal element.

I’m not going to waste any time here taking you through the Godfather saga. Even if you’ve never seen any of these films, and I can’t imagine anyone hasn’t, you know the story and characters almost as much as if you had. For those of us who have seen these films, it has likely been an experience you have never forgotten. They are like potato chips in that you can not have watched them just a single time. For us these films are more than merely films. They are memories that we share as a culture. They have surely become a part of American mythology, as much as Homer’s tales of conquering heroes and mighty gods were for the ancient Greeks. We know the names of the Corleones as well as any of Shakespeare’s characters. We’ve quoted these films as much as anything short of the Bible itself. It is entirely outside of the realm of possibility, for me at least, to imagine American culture without them. While the films are now 45 years old, they still shape our films and literature today. What television series hasn’t done a spoof of The Godfather. Phrases like: “An offer you can’t refuse”, “Leave the gun. Take the cannoli”, or “Just when I thought I was out, they pull me back in” appear everywhere around us.

After over 30 years of use and neglect, the remaining negatives of the film were getting badly degraded. There was not only the physical stress of multiuse, but the natural process of age on the chemicals themselves. Dirt and scratches combined with too many splices led to disastrously damaged frames. Time and dubs caused the color to change over the years along with the film’s sharpness. Paramount appeared willing to allow the film to fade away, literally. When Steven Spielberg joined Paramount through the acquisition of his Dreamworks company, Francis Ford Coppola made an appeal to Spielberg to use his newly found clout with Paramount to influence them to spend the money to restore the film. Like Don Vito himself, it appears no one turns down Don Spielberg, and the restoration was underway. Here is where a very vital decision had to be made. Would the restoration team resort to pressure from members of the modern movie audience and create a new shiny piece of film that conforms to the current digital inspired standards of filmmaking? The technology existed now to almost remake the films. Use of color correction could create a more realistic and brighter looking film. Almost every speck of grain could be washed away like waves on a beach after a storm. Technology always begs a larger question. Just because we can do a thing, does that mean we always should? Fortunately the correct decision was made. The restoration team went to the original persons responsible for the look of the film. They consulted Coppola and cinematographer extraordinaire Gordon Willis. Willis had filmed the movie quite dark in places. He was breaking the standards of moviemaking for the time and took precautions with the processing to ensure the film could not be processed in a way that overrode his preferences. What he couldn’t have seen coming then, or prepare himself for even if he had, was the dawn of computers. Now each film was carefully put together from the best elements available and scanned into a computer at 4K.

I know there will be those of you who will disagree with me. You’ll complain about scenes being too dark and about grain elements. I suggest you look up the word “restore”. This team did exactly what it was supposed to do. The recreated an image as close as possible to what it originally looked like when viewed from a pristine print when the film was released. This is exactly what I wanted, while fearing the worst. There must have been some pressure or temptation to attempt to “improve” upon the original. To consider such an option is sacrilegious and would have borne the contempt of every “true” film aficionado around the world. Filmmakers choose film stock and equipment for very specific reasons. Directors and cinematographers devote a good deal of time to every nuance in framing, lighting, and focus to create not only the image they want, but to capture the atmosphere and emotion they want from any particular scene. Nowhere has this been more true than for the Godfather films. There’s a reason why most American film classes include one or two of these films as required viewing for the filmmakers of the future. Thank you, Paramount, and everyone on the restoration team for tirelessly bringing these films back to life as they once were.

Each film is presented in its original aspect ratio of 1.85:1. This is a very nice AVC/MPEG-4 encoding delivering a full 1080p image. Because of the length of the films the bit rates are down around the low 20’s mbps, but that doesn’t seem to keep the image from delivering the goods. As I’ve already discussed, this is an almost perfect rendition of these films. The brilliant work of cinematographer Gordon Willis is evident in every frame of this restoration. There is plenty of the soft washing grain that was always intended in this film. The yellow and red texture of the films remains just as it was always intended to appear. Dark scenes, like Vito’s office as the film opens, are incredibly dark. You lose detail here as objects disappear into near total blackness, just as it was intended to do. What shines most here is the level of detail that was never possible at home before. I can see the 8:30 Sonny writes on his kitchen cabinet when he gets the call from Sollozzo. You can read the name of Corleone on Vito’s hospital room door. You’ll even notice how inconsistent Michael’s black eye is during the Sicily scenes. Black levels are strong in their presence, but not full of the detail you’ve come to expect in a modern HD release. Again you have to realize that everything you are seeing here is intended. The reproduction is outstanding.

The Dolby Digital TrueHD 5.1 Master Lossless Audio delivers in ways you simply have to hear to believe. You get a solid average 3.8 mbps bit rate here. I was glad that there wasn’t an effort to create an overly aggressive surround mix, since that’s not the way the film was released. Most of it happens up front, and that suits me just fine. Dialog is fine and always perfectly placed. What makes this a winner is the presentation of the fabulous score. From the first trumpet theme in the first film to the delicate strings of the final film’s closing credits, the music shines through as powerfully as ever. On the down side, I did notice a very occasional high-end distortion, most notably during the party scene in II. It wasn’t enough to really bother me and only bears mention as it stood out for me against what is otherwise a beautiful audio presentation.

The Audio Commentary tracks Coppola did for the 2001 release are included. If you haven’t yet heard them, you should check them out here. All three are loaded with a fountain of information about these films, much of it not well known.

These are just the films. The same discs as the Restoration Blu-ray set.

I have had the opportunity to examine these films restored on both the DVD and Blu-ray formats. While the restoration itself is marvelous and the films never looked better, it’s clear to me that the DVD versions just don’t hold a candle to the Blu-ray versions. If you haven’t upgraded to Blu or just aren’t interested in doing so now, then you just can’t miss this wonderful restoration. Maybe the Blu costs a few bucks more but after all…”money isn’t everything”.

Gino Sassani is a member of the Southeastern Film Critic's Association (SEFCA). He is a film and television critic based in Tampa, Florida. He's also the Senior Editor here at Upcomingdiscs. Gino started reviewing films in the early 1990's as a segment of his local television show Focus. He's an award-winning recording artist for Omega Records. Gino is currently working on his 8th album Merchants & Mercenaries. Gino took over Upcomingdiscs Dec 1, 2008. He works out of a home theater he calls The Reel World. Favorite films: The Godfather, The Godfather Part II, The Body Snatcher (Val Lewton film with Karloff and Lugosi, not the pod people film), Unforgiven, Gladiator, The Lion King, Jaws, Son Of Frankenstein, The Good, The Bad And The Ugly, and Monsters, Inc.
Saving Banksy Fifty Shades Darker – Unrated Edition (UHD Blu-ray) (4K)