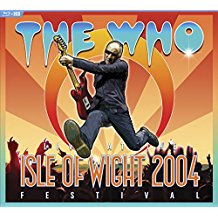 “Is it loud enough?”

What young 1970’s pup, learning to play a guitar for the first time, didn’t, at one time or another, attempt to imitate Pete Townsend’s windmill power chord strum? I count myself in that group. While I was not a very dedicated Who fan, I had an appreciation for the musicianship. There were still songs like Pinball Wizard and Behind Blue Eyes that I would embrace as if they were my own anthems in those days. It would be hard to deny that The Who is one of the most successful rock bands in history. Part of the original British Invasion of the 1960’s, there are few such acts that are even still around, let alone able to fill the huge stadiums and halls of Rock’s yesteryears. Their songs have become anthems, and their antics have become legend. The band wrote the soundtrack for an entire generation, and proudly touted the fact in aptly named song, My Generation. Banned from all Holiday Inns at one time for their well publicized trashing of rooms, they weren’t any easier on their own instruments. Smashing their instruments and amps on stage became a staple, for a while, of the whole Who experience. They’ve inspired a legion of superstars, and now after more than 40 years of rocking, they soldier on.

In 1970 they played to a record crowd at the Isle Of Wright Festival. As they remind us in this concert there were 650,000 in attendance that day almost 50 years ago. The festival went away for many years literally being legislated out of business. The show might have disappeared but The Who would keep going and going just as much as that energetic bunny we used to see on television. In 2002 laws eased and the festival would once again become a landmark annual event. 2 years later The Who would return to relive that huge concert of 1970. But some things had changed. The new law limited the size of the allowable crowd to a fraction of what it was in 1970. The Who would also lose 2 of the band’s founding members to The Grim Reaper. In 1978 Keith Moon’s own self-destructive nature would take his life. Just as the band was preparing for a 2002 tour bassist John Entwistle would party one last time and suffer a heart attack due to cocaine abuse. England’s tax man would end up forcing the sale of all of his “stuff”. But the show must go on and indeed it did. In 2004 the last two remaining original members of the band would return to the Isle Of Wright with a new line-up of musicians and Eagle Rock Entertainment has it all for you in this collection of 2 CD’s and the entire concert on high-definition Blu-ray.

Roger Daltrey and Pete Townshend were always the groups front men providing the lead vocals and lead guitar respectively. They were joined by Pete’s brother Simon on guitar, Pino Palladino on bass, Zak Starkey on drums and John “Rabbit” Bundrick on keyboards. The concert lasts over 2 hours and spans the band’s career from the early hits like Who Are You to the more recent Real Good Looking Boy produced by Simon Townshend and a finale that includes a medley of Tommy tunes. The band is in rare form when you consider these leads were entering their 60’s at the time of the show. Townshend is particularly worked up. He gives an F-bomb littered rant about turning up the sound as well as several tributes to both Moon and Entwistle. The years appear to melt away in this near-flawless performance. Daltrey’s voice can still reach most of the old range with just a handful of obvious octave drops. Townshend can still strum at lightening speed and gives us plenty of windmills to power this energetic show.

What I think I love the most about this concert is that it really is all about the music. While there are some nice light effects, to be sure, it’s not about any of that. You aren’t distracted by shiny baubles like video screens that give you flashy images to hold your attention. It’s the music that does that for every second of the concert. You don’t have to be particularly a Who fan to appreciate that.

8) The Punk And The Godfather

The concert is presented in its original aspect ratio of 1.78:1. The 1080i image is arrived at with an AVC MPEG-4 codec at an average 35 mbps. This is pretty good as concert coverage gets. The image is sharp enough to read the Ernie Ball logo on Pete’s picks as well as the duct tape that keeps Roger’s microphone from falling apart as he spins the thing at the end of its cord. The camera folks have a little too much penchant for extreme close-ups of a nose or teeth. Not sure I enjoyed it but it was sharp. Contrast is a key here that allows the lighted stage to stand out from the dark surroundings. Black levels are average with a bit of digital noise in the long shots.

The DTS-HD Master Audio 5.1 is preferable over the LPCM 2.0 track. It’s not so much the separation. You still get most of it coming from the mains. It allows a bit better sub response and a fuller dynamic to the music. You get great bass and drum clarity this way. The center speaker also helps to boost the vocals so you can hear the lyrics clearly. The Who is all about the power chords and then subtle strums between. This release captures it all with every nuance intact.

Their influence goes beyond just rock music. All 4 of the CSI  franchise shows sport Who songs for their opening credit sequences. They’ve been lampooned on South Park and The Simpsons. They were once referred to as The Band That Wouldn’t Go Away, and that was more than 30 years ago. And it was about that time just a little over 30 years ago that the band performed a legendary show at New York’s Shea Stadium. Looking at the Mets abysmal 65-win season in 1982, it looks like The Who might have had more hits there than the baseball team. Eagle Rock doesn’t give us an edited version of the concert. It’s all there for the price of a Blu-ray. You get the entire concert on CD to take with you. “I call that a bargain”.

Gino Sassani is a member of the Southeastern Film Critic's Association (SEFCA). He is a film and television critic based in Tampa, Florida. He's also the Senior Editor here at Upcomingdiscs. Gino started reviewing films in the early 1990's as a segment of his local television show Focus. He's an award-winning recording artist for Omega Records. Gino is currently working on his 8th album Merchants & Mercenaries. Gino took over Upcomingdiscs Dec 1, 2008. He works out of a home theater he calls The Reel World. Favorite films: The Godfather, The Godfather Part II, The Body Snatcher (Val Lewton film with Karloff and Lugosi, not the pod people film), Unforgiven, Gladiator, The Lion King, Jaws, Son Of Frankenstein, The Good, The Bad And The Ugly, and Monsters, Inc.
Prisoner X Beauty and the Beast (2017) (Blu-ray)