Posted in: Disc Reviews by Michael Durr on February 26th, 2009

Most of you know that video games are very near and dear to my heart. When it comes to video games on my TV, I’m usually restricted to G4’s X-Play or perhaps somebody got a hold of a license and turned it into a bad movie. Sure, there are times when they try to turn video game comedy into a sitcom of some sort. Game Over even though it was awesome, only lasted six episodes. In fact, Code Monkeys is the only current sitcom I know of that is using video games as a primary source of material. Needless to say, I was very interested when I saw Videogame Theater on my review list. I found my expectations to be too high.

Ever wonder what would happen if various video game legends were made into puppets and given a more real world approach to their character? There is Pac-Man who must be addicted to “Power Pills” and have a broken family. There is Donkey Kong and Mario who work at a construction site and fight over the foreman’s daughter. Lara Croft, well she’s part of a college sorority and in danger of expulsion if she can’t pass the archeology final.

There is another stranger episode where the Joust rider and his ostrich engage in human/ostrich love making? Furthermore, there are both males (not that one of them being a female makes it any less strange) and they end up having some sort of a mutant love child. I think this is where those pterodactyls came from. If that didn’t stop you in your tracks, go back and read those last few lines again, I’ll wait. So who created this mess anyway?

Videogame Theater is created by BJ Guyer, Scott Chernoff, and Frank Meyer. If you are still going who, BJ Guyer was the puppet mind behind Crank Yankers and Team America. This certainly explains the human on ostrich puppet sex scene. There is one problem, the show is very average. Videogames, especially ones made in the late 70’s or 80’s are rich with humor. There are clichés and stereotypes all over the place. Instead, the show just gets odd and most of the jokes fall flat the first and tenth time they tell them.

The biggest extension of the problem is how often in the fourteen episodes they feel the need to go back to the worst depicted character of them all – Pac Man. They start off with an episode about him being on drugs, drunk and living in a broken home. Then six of the next thirteen episodes are some bizarre yearly video blog where Pac shows up, usually in a bad hair-piece and prates on about how it won’t get any better than this. The rest of the characters get about an episode a piece and the mild exception besides cameos is Q-Bert who gets a pretty decent 2-part episode.

The show is presented in 1.33:1 Fullscreen. The video reminds me of bad quality videos from YouTube with pixilation all over the place. The puppets (with the exception of Pac-Man) are actually created pretty decently. The problem is the material they either used to film it or master it looks less than decent. I also still have a problem to this day when they use puppets and can’t digitally take out the sticks and other common artifacts associated with propping up the puppets.

The audio is in English Dolby Digital 2.0. The audio is actually quite loud and dialog is very clear. I had to actually turn it down a few notches. Or perhaps I was just sick and tired of hearing that darn theme song every 5 minutes. Needless to say, everything stays centered and you won’t get any too many dazzling sound effects.

This is another one of those situations where I wanted to like a show very much. I was actually excited when I received the dvd. However, my desires were not meant to be fulfilled on this show. The video’s reliance on a single, poorly done character drags down the episodes considerably. Some of the episodes are decent but those are few and far between. For the most part, the show is a mixed bag. It doesn’t help each episode is only about five minutes and good sitcom jokes usually take longer than that to really be funny. I want to recommend it, but I can’t. Transmission no. 300, out. 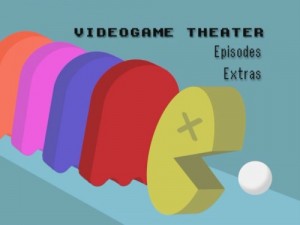 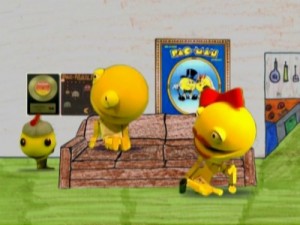 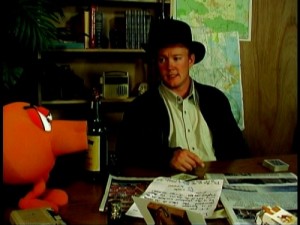 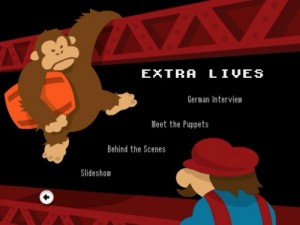 Michael Durr has been reviewing movies for the better part of fifteen years now. He primarily enjoys thrillers, sci-fi, animation and even a little courtroom drama. His favorite films include Escape from New York, the Goonies and anything with Alyssa Milano. When he’s not praising Kurt Russell as the greatest actor of our time or scratching his head over a David Lynch flick, he’s spending time at home in Texas with his lovely wife, Lori and his amazing son. How they put up with him is a mystery, but even Basil Rathbone doesn’t have the time to solve that one.
Resident Evil: Degeneration (2008) Moving Midway