Posted in: Disc Reviews by Michael Durr on February 8th, 2010

Recently, my parents moved to Tennessee in their attempt to enjoy retirement. We actually lived there about six months when I was in the 8th grade. So, apparently there was something in the water that made them want to go back. After the movie Glitter, I never wanted to see anything with Mariah Carey that involved anything where she actually had to speak. For some reason, I also came back to Tennessee.

The movie opens with a mother who is abused by her husband. As this is happening, their son Carter comes in and stands up to his father. Then Carter takes his brother, Ellis and his mother into a car and drives as far as he can without looking behind him. They end up in Tennessee. Later, Carter and Ellis’s mom dies and Carter is forced to take care of Ellis until they both reach the age of maturity.

Carter (played by Adam Rothenberg) and his younger brother, Ellis (played by Ethan Peck) now live in New Mexico. However, one faithful day; it is found that Ellis is diagnosed with terminal leukemia. The only way to save him is to get a successful bone marrow transplant. Unfortunately, Carter does not match and with their mother dead, the only other option is to travel back to Tennessee to visit their dad.

The problem is the two brothers don’t have much money and they have to stop in Texas to sort things out. That’s when they meet Krystal (played by Mariah Carey) who works at the local diner as a waitress. She has dreams too, of becoming a singer. But she is also involved with an abusive husband named Frank (played by Lance Reddick). He’s also a cop.

Krystal takes pity on the two brothers and lets them stay the night at her house. However, Frank is also there and he makes sure that the brothers know whose house it is and not to touch his wife. Frank proceeds to spend the rest of the night drunk and makes Krystal uncomfortable for the last time. In the wee morning hours, Krystal and the two brothers take Krystal’s Ford Mustang and make their way to Tennessee.

They make their way into Oklahoma and do their best to survive and make their way to Tennessee. There are problems besides money. Ellis is starting to decline in health and the leukemia is advancing worse than hoped. Carter drinks to keep his demons away and isn’t sure he can face his father when the time comes. Krystal has to worry about Frank as he put out an APB for his wife and makes up the story that the two brothers kidnapped her. With all of these factors against them, can they make it to their destination in time?

When I saw this movie in my review pile, I wasn’t sure what to think. Okay, I did know what to think; Mariah Carey…insert derogatory remark here about something from Glitter. But I was wrong. The first thing I noticed, Mariah is a compliment to the cast; the cast doesn’t revolve around her. The other two principal actors, Ethan Peck and Adam Rothenberg are excellent and do a great job to advance their characters in an appealing emotional arch.

Actually, all of the characters even Lance Reddick’s Frank (to some degree) had character arches. They started out the story in one way and became better people at the other end of it. But the interesting thing you learn about this film is that it’s not just about Ellis and his battle with leukemia. The real story is how Carter deals with his demons and stands up to the ghosts of his past. To be honest, the leukemia becomes a secondary story by the conclusion.

While I won’t spoil it for the people who have not seen the movie, I must mention that it is one of the most moving endings I have seen in a while. If you are not moved by the emotion, then I urge you go see a doctor to check if you do indeed have a pulse. The only negativity I had about the movie was the pacing. The movie is really slow until the conclusion. One would expect with a cop chasing them that they would have a little more action, but it moves along with very little reaction to that situation.

The movie is presented in 2.35:1 Anamorphic Widescreen. The story is the major focus here, and one shouldn’t expect anything more than an average presentation. Colors are decent and certainly don’t get in the way of watching the movie. The idea with this film was to make it feel like close to home and not impressive with any snazzy visual effects.

The audio is presented in English Dolby Digital 5.1. The audio fares a little better but it still basically average. Dialog is clear and the music provided by Mariah Carey shows that she still has an amazing singing voice. No sound effects here to speak of, and your surrounds will only be used during musical interludes. Interesting note, the “Right to Dream” song was written with the help of Willie Nelson. Maybe Willie should write more music for Mariah.

It’s a real shame that this movie did not find an audience. Rotten Tomatoes gave it a pretty awful score and most people will dismiss it because of Mariah Carey. It’s not that bad, honestly. The three principal actors do fine jobs of portraying their characters and advancing their emotions to a higher state by the end of the movie. It is a little slow but far from boring. The disc is unfortunately nothing special, with average audio, visual and forgettable extras in an eco-case. Hopefully, there will be a few out there who will at least rent it or put it in their NetFlix queue. Then perhaps more people won’t think I’m a loon when I say Tennessee is a decent flic. 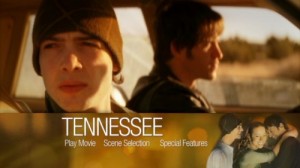 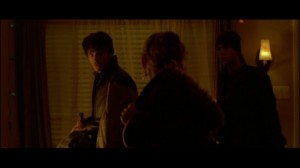 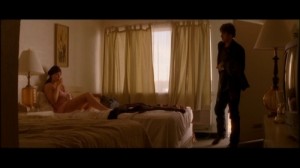 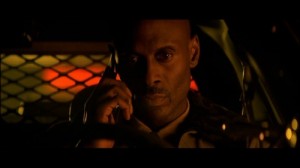 Michael Durr has been reviewing movies for the better part of fifteen years now. He primarily enjoys thrillers, sci-fi, animation and even a little courtroom drama. His favorite films include Escape from New York, the Goonies and anything with Alyssa Milano. When he’s not praising Kurt Russell as the greatest actor of our time or scratching his head over a David Lynch flick, he’s spending time at home in Texas with his lovely wife, Lori and his amazing son. How they put up with him is a mystery, but even Basil Rathbone doesn’t have the time to solve that one.
Edge of Darkness: The Complete BBC Series Vega$: The First Season, Volume 2