One thing I’ve learned about family sitcoms is that it usually defined by one principle character. For example, Different Strokes had Arnold Jackson (played by Gary Coleman, may he rest in peace), the Simpsons had Bart Simpson and Unhappily Ever After had Mr. Floppy (I love Bobcat Goldthwait). Family Matters is no different. The show was a very successful sitcom and had one of the best breakout characters of all, Mr. Steve Urkel.

The Winslow family is your typical family that lives in the city of Chicago. The head of the family, Carl Winslow (played by Reginald VelJohnson) is a city cop and knows how to put away a doughnut. His wife, Harriette Winslow (played by Jo Marie Payton) works for the Chicago Chronicle, a local newspaper. Harriette has a sister named Rachel (played by Telma Hopkins), a widow with a baby named Richie (played by Joseph and Julius Wright ).

Carl and Harriette have three wonderful children, Eddie, Laura and Judy (played by Darius McCrary, Kellie Shanygne Williams and Jaimee Foxworth respectively). Together, all of them share a beautiful house in the suburbs. However, their lives would be turned around by the introduction of two very important characters.

The first important character to walk through the door was the character of Estelle or Mother Winslow (played by Rosetta LeNoire). She is the Carl’s mother and since she is getting along in years and needs help, she decides to move in. At first, she is pushy and tries to run the household. After a while, she is able to become a core nucleus on the family. She is one that all of the family can come to for advice and a helpful hand.

However, in the twelfth episode (he does appear in the 4th but only for a minute): Laura’s First Date, we are introduced to a character who simply goes by his last name: Steve Urkel (played by Jaleel White). He’s dorky, has huge glasses and wears pants that he almost pulls up to his chest. He is always visiting the Winslow household and asking out Laura for a date. At first the annoyances are minor, but by the end of the first season they realize that Urkel is here to stay.

Family Matters lasted nine long seasons and had over two hundred episodes to their credit. In the first few seasons, they really established the family and showed that no matter what the family stayed together. They were able to conquer anything regardless of adversity. The comedy was fresh and even though the subject matter would be considered cliché by today’s standards, that’s because many comedies even today still try to emulate the successful formula.

The real star of the show actually isn’t Urkel though. Sure, Urkel gets the biggest laughs and he is the most recognizable face. But much like the Simpsons, the biggest star is the dad, Carl Winslow. He’s the nucleus of the family and keeps the show together. The kids might not appreciate his discipline and his wife might ignore him at times but he gets the smart laughs and is always there when somebody needs him.

This is where the show really shines. For the first four and a half, maybe five seasons, Family Matters could be considered one of the top twenty-five sitcoms of all time. Why? Because the focus isn’t on Steve Urkel and his developing relationship with Laura Winslow, it was on the Winslow family. Furthermore, Telma Hopkins is brilliant as Rachel Crawford but is only around for the first four seasons and only returns for a few guest spots.

The video is in 1.33:1 fullscreen presentation. Family Matters was classic network sitcom material (did you know it was actually a spinoff of Perfect Strangers?) and the video isn’t going to win many awards. It was fine for what it was, and it looks like it was pretty well kept for the most part. Good color and the show has aged reasonably without much fading.

We get a Dolby Digital 2.0 English sound track for the show. The shrill sounds of dialog come in just fine from Jaleel White and the rest of the cast. There is hardly any action coming from the set except for the occasional crash or thunderstorm off set. One should not have any problem with hearing any of the witty banter going back and forth. French and English subtitles are also provided

As mentioned above, the show started its demise somewhere in the 5th season when it stopped being about the Winslows and evolved more towards the antics of Steve Urkel. Truth be told, Jaleel White almost suffered the fate of many child stars until he found a respectable living doing voice work (the voice of Sonic the Hedgehog among others) and starring in the occasional television show. Thankfully, the suicide hoax in June of 2006 was not true because Jaleel is a great talent and has more in him than just tall pants and big glasses.

Here in the first season, Family Matters is one of the best sitcoms in television. It has a strong family nucleus and all of the characters work together in harmony. The episodes are well written and there are a ton of laughs to be had. The only downside is the set. It is devoid of extras but it might be because when the series ended there were a lot of problems behind the scenes. As such, I still highly recommend this series, at least for the first 4-5 seasons. 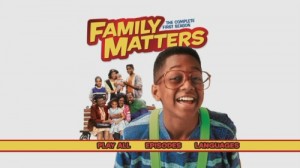 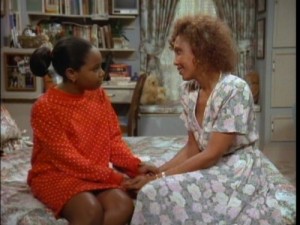 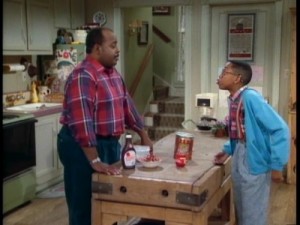 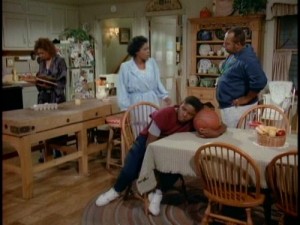 Michael Durr has been reviewing movies for the better part of fifteen years now. He primarily enjoys thrillers, sci-fi, animation and even a little courtroom drama. His favorite films include Escape from New York, the Goonies and anything with Alyssa Milano. When he’s not praising Kurt Russell as the greatest actor of our time or scratching his head over a David Lynch flick, he’s spending time at home in Texas with his lovely wife, Lori and his amazing son. How they put up with him is a mystery, but even Basil Rathbone doesn’t have the time to solve that one.
Ice Road Truckers: The Complete Season 3 (Blu-ray) When in Rome (Blu-Ray)