My Boys: The Complete Second and Third Seasons

Posted in: Disc Reviews by Michael Durr on August 1st, 2010

Since I get to review a lot of sitcoms, I tend to see the gambit of shows designed for only purpose. That purpose is for me to laugh. But there is another word in sitcom which can restrict how funny the comedy will be to a given person. Situational. The situation I present here involves a female sports columnist and her male friends. One can only wonder if this formula created by Betsy Thomas will be what I’m looking for.

P.J. Franklin (played by Jordana Spiro is a sports-writer for the Chicago Sun-Times and she works and lives with a whole lot of males. She rooms with a radio DJ named Brendan Dorff (played by Reid Scott). They have two close friends named Mike Callahan and Kenny Moritorri (played by Jamie Kaler and Michael Bunin) who run a sports memorabilia store. Mike and Kenny are also single and spend their times trying to get the ladies.

Then we move onto Bobby Newman (played by Kyle Howard) who writes sports for the Chicago Tribune. He comes from an affluent family and has a romantic interest in PJ. We move on to Stephanie Layne (played by Kellee Stewart) who is PJ’s only female friend and likes to give a lot of advice about men and dating. We round out the cast with Andy Franklin (played by Jim Gaffigan) who is PJ’s brother. He is the only married person of the group and spends most of his time complaining about his wife and making the best jokes. Andy is what we call the “Norm” of the group.

Anyhow, this dvd set is split into two seasons, the second and third season. (Most people who know the show will probably skip to here for commentary). The first season ends on the cliffhanger of who PJ is taking to Italy with her when Stephanie plans for a romantic getaway. Honestly, if you followed my notes, it’s not much of a surprise. The season has drama and comedy including the guys in a shirt making contest, Andy taking on a work wife by the name of Jo (played by Nia Vardalos), and Brendan losing his DJ gig and moving off to become one part office slave.

The real story however of Season Two is that Andy’s new Swedish nanny, Elsa (played by Mini Anden) gets infatuated with Bobby. The two fall for each other and plan to get married when Elsa is forced to leave the country due to work visa issues. Of course, this brings up a whole slew of problems between PJ and Bobby and we end the second season wondering if Bobby and Elsa are really going to get married while the whole cast is up at Bobby father’s lavish estate.

We’ll leave Season Three alone so that at least keep some of the fans from guessing again the obvious. There are a couple of positives to this show. Jim Gaffigan as Andy despite his “Norm” billing brings the smartest laughs and best insults of any other character. His stand-up comedian background certainly shines through. Also of interest is Reid Scott who plays Brendan. His DJ character is pretty interesting and he also provides some consistent laughs. It’s unfortunate that one of his primary elements of his character is cut off at the knees after only a few episodes into the second season.

After that, it’s unfortunately a mess. PJ as the lead character is certainly a decent actress, however she’s hampered by questionable writing and very few laughs. We are supposed to believe that her best friend Stephanie can write a bestselling book in a day or two by giving dating advice based on their crappy male friends and just changing names around. The two lead male supporting actors in Mike and Kenny are also some of the most clueless single guys I’ve ever seen. It’s one thing to strike out and fail at female relationships but quite another to look really creepy doing it (especially in the case of Mike).

The other really big problem with the show is how terrible they are with leaving huge plot holes in the story. Plot points can be picked up at a moment’s notice but then the next episode they act as if nothing ever happened.

The first example is the Bobby and Elsa wedding. After the first episode of the third season, the marriage is called off and then we never hear again from Elsa. So many questions remain about Elsa. Did she have to go back to Sweden, did she find another man to marry, did she find a gig that can actually sort out silly work visa issues? Or perhaps we want to question why Mike grows a mustache, loves it, keeps it for a couple of episodes and then it is gone without even a question of why he removed it. Things like this pop up all over the place.

The video is the standard 1.78:1 Anamorphic Widescreen presentation. This show is actually shot in California despite it taking place in Chicago. They do take shots from Chicago but it is a very set friendly show. As a result, one who would think that there wouldn’t be too many problems with the video. They are after all dealing with static shots since they aren’t usually on location. The color as you can see in a couple of the screen shots is very muted. There is very little definition and despite its HD billing, it comes off as something that was shot perhaps 15 years ago. Very average display.

The sound is presented in English Dolby Digital 5.1 Stereo Sound. Sound is noticeably a lot better than the video. Dialog is clear and has no issues. There really aren’t any sound effects to speak of (as is typical for sitcoms) but sound does fill out rather nicely when we expect it to. If I could just find a mute filter for the Stephanie character, my sound appreciation would increase tenfold. Subtitles are included for French (I’m not one hundred percent sure why).

As of the fourth season, my favorite thing about the show is gone. Andy or Jim Gaffigan and his family moves off to rural China. Most likely they barely explain it at all. That’s really the issue I have with the show as a whole, unless there is a major plot concept very little flows from episode to episode. We have this gal and her male friends playing poker and living life from day to day. Except we don’t learn much about their lives and their lives are usually pretty mundane when they do make mention of them.

The dvd package isn’t any better. We get widescreen hd video, but then it really suffers from muted colors and lack of details. The audio portion is very basic and the extras section is completely bare except for a few trailers. I can’t recommend this show to anybody and I have a feeling that what fans the show does have are going to become divided at the beginning of the fourth season. Andy really is a pivotal character and is the one thing that draws in casual viewers. However, the show is on TBS and since it has lasted this long, we could being having poker table thrills for a while. 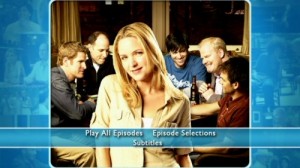 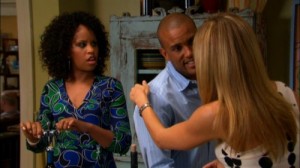 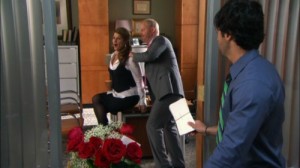 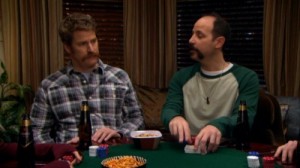 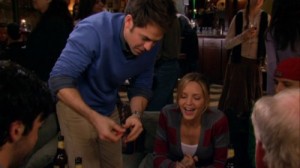 Michael Durr has been reviewing movies for the better part of fifteen years now. He primarily enjoys thrillers, sci-fi, animation and even a little courtroom drama. His favorite films include Escape from New York, the Goonies and anything with Alyssa Milano. When he’s not praising Kurt Russell as the greatest actor of our time or scratching his head over a David Lynch flick, he’s spending time at home in Texas with his lovely wife, Lori and his amazing son. How they put up with him is a mystery, but even Basil Rathbone doesn’t have the time to solve that one.
Extraordinary Measures Get A Limited Dollhouse Lithograph From Fox