Posted in: Disc Reviews by Archive Authors on October 11th, 2012 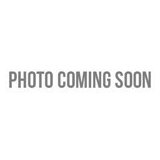 Among the more unjustly ignored performances was Jack Nicholson’s turn as union boss Jimmy Hoffa in Hoffa. Fox finally decided to put out the Danny DeVito-directed, David Mamet-written film on DVD. Mamet’s script seems to romanticize Hoffa, portraying him as more of a union man, as one who was forced to make deals that could compromise his integrity, but he overlooks his integrity in order to help benefit the American working man. The story is told in the point of view of Hoffa aide Bobby (DeVito), a fictitious character whose flashbacks are used to help us see how Hoffa perhaps should be viewed, as opposed to the punchline in some jokes we may make now.

As is usually the case with Mamet’s screenplay, the dialog is well-written and engrossing, and Nicholson’s portrayal of Hoffa is both powerful and persuasive. You see him with a prosthetic nose and hairpiece, along with a couple of dental devices that get the look of Hoffa down to a T. In DeVito, a longtime real-life friend, one who knows his ins and outs, Nicholson pulls out all the stops. Recent Nicholson performances seem to glide along on a gentle stride, using the occasional (and very effective) use of his noteworthy eyes. But in Hoffa, he’s a guy who is clearly more animated, as the role dictates, and it’s a much more dynamic performance than you’re used to seeing. Is Hoffa historically accurate? Probably not, and God knows there are more informed people who will tell you so. However, DeVito does manage to use the time period where Jimmy feuded openly with Robert Kennedy to great effect, using the congressional hearings as an interesting start of a plot device that helps provide an interesting hypothetical on Hoffa’s possible Mafia ties. With an outstanding supporting cast including Robert Prosky (Hill Street Blues), the late JT Walsh (Sling Blade), Armand Assante (Q & A) and a very young John C. Reilly (Chicago), the movie’s overall impact is very clearly felt.

Hoffa is presented in its original aspect ratio of 2.40:1. The 1080p image is arrived at with an AVC MPEG-4 codec at an average 30-35 mbps. The color reproduction is outstanding, as the blacks and more subdued colors that dominate the film are in top shape, and when the colors do come out, like on the golf course or during various explosions, they also appear well.

The DTS-HD Master Audio 5.1 is pretty tame. The surround effects however, aren’t used too often, but the LFE picks up nicely during explosions and other sound elements that require it.

The Music Of Hoffa: (10:31) Danny DeVito sits with David Newman, and they break down the music for some key scenes.

Excised Scenes: With introduction by DeVito, there are four scenes that run just over five minutes total, and none are really noteworthy.

Historical News Coverage Of Jimmy Hoffa: (7:54) Coverage of the verbal sparring between Hoffa and Kennedy during the McClellan congressional hearings. A couple of things to note are how close the argument stayed on film, and just how much Nicholson looked (and sounded) like Hoffa himself.

Personal Anecdotes From Members Of The Teamsters: (6:36) These are six minutes of recollections from former Teamster presidents, members, and even the official Teamster photographer, all interviewed by DeVito.

Special Shots: (14:13) These dissect some of the camera tricks used in the film. They include production audio and video from those times, a space in the lower left of the screen indicates what chapter on the feature they appear, and they appear chronologically in this piece to boot, and the entire feature includes commentary by DeVito. By my count, there are 20 shots that he breaks down, and he’s fairly extensive in his discussion. This was a very unique and cool feature on the disc, one that I now want on every disc I buy!

DeVito’s 11 1/4: (11:02) This basically amounts to a production diary by DeVito; he clearly had a lot of fun on the shoot, and we see some clowning around with longtime buddy Nicholson as well. As mentioned earlier, Tim Burton did an uncredited cameo as a corpse, and DeVito and Nicholson had fun with him. Call me crazy, but watching famous people clown around on set never gets old to me, and this piece was fun “for all you disc maniacs.”

Discussion After The First Read Through: (3:34)

A cheap price, combined with an excellent film, and another Jack Nicholson home run in acting, this is usually a recommendation. Given the usual Fox treatment, however, including a commentary track and a bounty of extra material (and a strong effort by DeVito for the consumer), this is a lock to buy. DeVito’s words on the effort put into this disc can’t be made clearer than this: “This is a thorough disc, and I hope you enjoy it.”