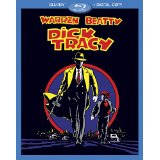 At the turn of the millennium, we seemed to collectively decide that we wanted our heroes to be dark and gritty. The X-Men traded in their yellow spandex for black leather in their first big-screen adventure. Batman went from exchanging quips and painful puns with Mr. Freeze to brooding magnificently for director Christopher Nolan. And Hollywood almost completely stopped making candy-colored spectacles like Dick Tracy.

It’s not difficult to understand why this happened. Though I have a soft spot for pulpy ‘90s period pieces like The Rocketeer, The Shadow and even The Phantom, they didn’t exactly set the box office on fire. The star-studded Dick Tracy was actually the most successful film from this group, grossing over $100 million, earning seven(!) Oscar nominations and winning three of those trophies. However, the fact that Dick Tracy’s closest doppelganger is probably the ultra-violent Sin City — another tale with tough-talking cops and crooks that looks like it was ripped directly from the pages of its source material for the big screen — tells you where moviemaking has gone from then to now.

Dick Tracy is based on Chester Gould’s 1930s comic strip of the same name. Warren Beatty directs, produces and stars as the square-jawed — and otherwise square — hero, who battles a rogues gallery of colorful gangsters with names like Pruneface and Flattop. They’re led by Big Boy Caprice (Al Pacino), who seeks to unify the city’s assorted mobsters against Tracy. This being a noir-ish crime story, there’s got to be a femme fatale. Madonna (Beatty’s romantic partner at the time) co-stars as Breathless Mahoney, a sultry lounge singer with her eye on the heroic detective, much to the dismay of Tracy’s girlfriend Tess Truehart (Glenne Headley). As Tracy and Big Boy do battle, they’re each threatened by a literally faceless nemesis intent on ruining both their lives.

As you can see, the movie doesn’t have the most complex plot or characters in the world. Instead, the main attraction is the painstaking care taken by Beatty and his wonderful production team to bring this simple story to stylish life. (The film won Oscars for Art Direction and Makeup, while earning nominations for Makeup and Cinematography.) It often looks like characters are walking off the movie and becoming integrated with a page from the comic strip. Dick Tracy also boasts original songs by the legendary Stephen Sondheim — including the great, up-tempo ditty “More” and the Oscar-winning “Sooner or Later (I Always Get My Man)” — and a gloriously propulsive score from Danny Elfman (at the height of his creative powers, thanks to the huge success of Batman and his other early collaborations with Tim Burton).

Beatty (one of the most highly-regarded filmmakers at the time) was also able to attract a killer cast.

Pacino earned a Supporting Actor Oscar nomination for playing an over-the-top villain with comic origins almost 20 years before Heath Ledger triumphed in the same category for his unforgettable turn as the Joker. Pacino isn’t quite that good, but he has a ton of fun as the grotesque, hunchbacked Big Boy. (Especially when he joins Madonna and a group of dancers for a “More” rehearsal.) Speaking of her Madgesty, I know Madonna has taken a lot of flak for her acting career — and that you can make your own joke about how she got this part by sleeping with the director — but I actually think she played her role quite well. Breathless is supposed to be damaged and a bit dead inside, so some of Madonna’s flatter line readings actually work. More importantly, Madonna has the requisite star power to be convincing as a star singer and as the irresistible woman you probably shouldn’t get involved with. (Plus, she pulls off the Sondheim songs surprisingly well.)

Beatty himself has to play, arguably, the least fun role in the cast. He’s probably a few years too old to be completely convincing as a super cop. However, he still has a commanding screen presence and seems more at home in his scenes as a romantic lead with Tess or as a paternal figure for the orphaned Kid (Charlie Korsmo). The rest of the supporting cast includes an unrecognizable William Forsythe as Flattop, a tiny role for Dick Van Dyke, and the thrill for theater geeks of hearing Mandy Patinkin (as piano player 88 Keys) sing a Sondheim tune. There are also minor pleasures for movie nerds like me, such as a scene between Godfather co-stars Pacino and James Caan, as well as the Ishtar reunion no one asked for when Dustin Hoffman turns up as the incomprehensible Mumbles.

The story is nothing to write home about and the characters are as two dimensional as they were on the printed page, but Dick Tracy remains a technical triumph and an incredibly fun nostalgia piece.

Dick Tracy is presented in its original aspect ratio of 1.85:1. The 1080p image is arrived at with an AVC MPEG 4 codec at an average of 31 mbps. Let’s cut right to the chase: you want to know if the Blu-ray transfer does justice to this film’s uber-colorful palette, which primarily consists of yellows, reds and greens. You’ll be happy to know this is a strong video presentation that showcases Dick Tracy’s vibrant colors — particularly the title character’s signature yellow trench coat — without having them bleed into each other. The matte painting backgrounds, meanwhile, look sharp and purposefully phony.

The transfer also maintains the original print’s subtle grain, which is most visible in medium shots and is evidence that DNR was not used to scrub this clean. (The actors in those medium shots do look a bit soft around the edges during a few instances.) The close-ups, however, look fantastic. You can see every carefully placed crease and pockmark on the makeup of every unfortunately looking gangster, as well as the fibers on Tracy’s hat. Blacks are also strong, though they are mostly evident in Madonna’s wardrobe (Breathless is the only character who eschews color) and the film’s climax.

The DTS-HD Master Audio 5.1 track is equally impressive. The Tommy gun fire thunders nicely, as does Elfman’s exceptional score. The track isn’t terribly immersive. Instead, its use of the rear speakers primarily comes from the action scenes and a sequence where Tracy is trapped in a boiler room. There are also several instances of obvious ADR that give some of the dialogue an odd, disembodied quality.

Speaking of which, the dialogue and songs come through so cleanly that I even detected a bit of a warble in Madonna’s singing during her first performance. I also got a kick out of the fact that whoever did the subtitles didn’t even bother to transcribe most of Dustin Hoffman’s mumbled performance.

The fact that there are absolutely no special features on this release — same as the DVD version of Dick Tracy — is a major bummer. (I mean, they couldn’t even toss in a freakin’ trailer?!) I think this movie was ahead of its time, so I would’ve loved to have had some input from its crack creative team. Then again, Dick Tracy spent more than a decade in development hell and a proposed sequel was scrapped due to legal issues. (That probably explains why no one is eager to discuss this film.)

Fortunately, the audio/video upgrades are good enough to make up for the lack of special features. If you already own the movie on DVD, I suggest you upgrade. If you’ve never seen it, I suggest you give it a look with an open mind. The success of The Avengers and X-Men: First Class (featuring the return of yellow spandex) suggests we may be cycling back toward more colorful heroes.