Posted in: Disc Reviews by Gino Sassani on March 5th, 2013 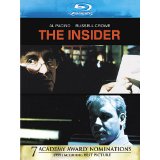 If you were alive at the time, you probably remember watching the seven tobacco company executives testifying in before a Senate committee on the addictive nature of their products. They all raised their hands to swear that they do not believe that nicotine is addictive. It made for great television of the absurd. It was great fodder for the late-night comedy routines, and almost every stand-up in the country found a way to work it into their material. It was the beginning of a changing environment in America toward smoking, in general. Most states have since passed “Clean Air Acts” which prohibit smoking from most public places. States have sued and ultimately won to recoup some of the money they lose each year on taking care of citizens who have ruined their health by smoking. Even more restrictions on advertisement have been implemented, and the idea of smoking being “cool” went out along with the billboards and sports stadium banners. The tobacco companies are still doing fine, however. They now export more product than they sell in the United States, and the lawsuits and advertisement bans have been little more than speed bumps on the profit margins.

Much of that swing in public opinion can be attributed to Jeffrey Wigand (Crowe). He was a scientist working for one of these “big 7” companies when he was fired. He had some fundamental issues with the work he was doing and left with a pretty generous severance package and a non-disclosure agreement that barred him from revealing what he knew.

Along comes Lowell Bergman (Pacino) a 60 Minutes producer who worked closely with that show’s star reporter Mike Wallace (Plummer). He has been given a box of research from Phillip Morris. Of course, he doesn’t quite understand what he has, so he turns to Wigand to be a hired consultant to decode the information for him. Wigand has no intention of breaking his non-disclosure until his ex-bosses get wind that he’s talking to 60 Minutes and begin to threaten him and his family. Instead of getting Wigand to shut up, it has the opposite effect, and he becomes determined to tell what he knows. Of course, it comes at great cost to him and his family. When 60 Minutes won’t even air his interview because of their own litigation fears the fight gets personal, and his entire life is dragged through the mud.

Obviously, the film is more than an expose of the tobacco companies and the bravery of Wigand. This movie is the classic David and Goliath story. We might dislike the big companies for the lies and for the dangerous product they produce. But what we hate more is a bully. That’s where the heart of this film gets its beats. And it all works because of a few brilliant cast moves.

Russell Crowe still hadn’t had his break-out moment in Hollywood yet. That would come when he would team up with Ridley Scott in Gladiator. He wasn’t yet quite a household name. Here he plays against future type. Wigand is not an outspoken man brimming with bravado. He’s actually quite timid and soft-spoken. Even when he gets angry and is pushed against the wall, he finds it hard to get too much of a head of steam. It works because it makes him both more sympathetic and believable. Crowe would get plenty of chances to show that side of him later. It was a very effective choice to show the bravery in deed and not in expression. The passion of the piece is left in the capable hands of Al Pacino. This is where the screaming and yelling is put to its best purpose. No one does outrage better than Pacino. This is the kind of guy who appears to be shouting even at his most mellow. Pacino fans know that’s because he is. It’s a method he employs to overcome a stutter. Finally, Christopher Plummer does an excellent job of playing Mike Wallace. Even if there is little physical resemblance, it doesn’t take us long to completely accept the performance. It’s a subtle part that is key to the execution of the drama. Crowe provides the heart, Pacino the passion, and Plummer the soul. Michael Mann puts them together to create a compelling drama.

The Insider is presented in its original aspect ratio of 2.39:1. The 1080p image is arrived at with an AVC MPEG-4 codec at an average 25-30 mbps. The high-definition transfer offers a rich and dark palette of colors. Even in the best lit environments Michael Mann never lets the film take on any kind of cheerful appearance. Black levels might be only fair with weak shadow definition, but as dark as it gets it is never dark enough to keep anything in shadow. It’s like it’s always overcast even when it’s not. There’s a little grain which matches the atmosphere perfectly. Otherwise you won’t find a great amount of texture or detail in this one. There are exceptions. Close-ups offer very nice detail. There is a scene where Wigand is comforting his wife. Not only can you clearly see the fingerprints on his glasses, but the whorls are so clean you could probably run them through AFIS.

The DTS-HD Master Audio 5.1 is marred by an overly aggressive score. The music and vocal choir will remind you more of Crowe’s next film and is at odds throughout this movie. It overpowers the emotion and takes you out of the mood that the image and brilliant performances give you. Dialog is fine most of the time. Crowe speaks softly most of the time, and it isn’t hard to miss a word here and there. It’s not an aggressive mix with very little coming from the rear. Subs will remain asleep throughout.

The cast is wonderful to watch in this film. Rarely does an entire cast nail their characters with such completeness. Pacino is always a joy to watch, and his chemistry with Crowe is perfect. You believe it when Pacino warns: “Nothing will ever be the same again”.

Gino Sassani is a member of the Southeastern Film Critic's Association (SEFCA). He is a film and television critic based in Tampa, Florida. He's also the Senior Editor here at Upcomingdiscs. Gino started reviewing films in the early 1990's as a segment of his local television show Focus. He's an award-winning recording artist for Omega Records. Gino is currently working on his 8th album Merchants & Mercenaries. Gino took over Upcomingdiscs Dec 1, 2008. He works out of a home theater he calls The Reel World. Favorite films: The Godfather, The Godfather Part II, The Body Snatcher (Val Lewton film with Karloff and Lugosi, not the pod people film), Unforgiven, Gladiator, The Lion King, Jaws, Son Of Frankenstein, The Good, The Bad And The Ugly, and Monsters, Inc.
Interview with a Hitman (Blu-ray) Lay the Favorite (Blu-ray)