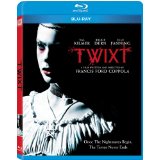 The 1970s famously produced many of the most daring, diverse and groundbreaking classics in movie history. All-time greats like Scorsese, Spielberg, Polanski, Altman and Lucas either broke out or did some of their most exciting work during the decade. But, even among these titans, Francis Ford Coppola separated himself from the pack. Four films — The Godfather, The Conversation, The Godfather Part II, Apocalypse Now — four undisputed classics. Batting 1.000 during the greatest moviemaking decade of all time earns you a ton of slack. In Coppola’s case, it has gotten him enough slack to make up for the fact that nothing he’s done in subsequent years can touch his ‘70s output.

That’s not to say there isn’t plenty to enjoy in the rest of his filmography. The Outsiders helped launch the careers of more than a handful of Hollywood heartthrobs. His gothic, lush take on Dracula is impulsively watchable, although the scariest thing in the movie remains Keanu Reeves’ English accent. Even his warm adaptation of John Grisham’s The Rainmaker managed to rise above the crowded pack of ‘90s legal dramas. After The Rainmaker, Coppola didn’t direct another movie for 10 years.

The filmmaker kicked off the current, experimental phase of his career with 2007’s Youth Without Youth, followed by 2009’s intensely personal Tetro, featuring the first original screenplay written by Coppola since The Conversation in 1974. With contemporaries like Spielberg and Scorsese still cranking out hits and Oscar nominations, Coppola’s recent choice of material seems a bit underwhelming. But the director has said these are the kinds of movies he would’ve been making decades ago if he hadn’t struck it rich in Hollywood. In other words, Coppola has actually been making the same (relatively) low-budget art films Lucas has been threatening to do for years.

On the surface, Twixt seems like a swerve back into genre territory (and away from the personal). Hall Baltimore (Val Kilmer) is a “bargain basement Stephen King” who comes to small town Swann Valley for a book signing. He meets sheriff/wannabe novelist Bobby LaGrange (Bruce Dern), who shows Hall a dead body with a wooden stake in its chest. The sheriff hopes the writer will want to collaborate on a book about the grisly murder, but Hall doesn’t become truly interested until he has a vivid nightmare involving a vampiric girl with crooked teeth named V (Elle Fanning), a group of dead kids buried beneath a now-decrepit hotel, and Edgar Allan Poe (Ben Chaplin) because, why not?

Unfortunately, the bizarreness isn’t confined to Hall’s dreamscape. For some reason, Coppola also decided to present the real world Swann Valley — which includes a possibly evil clock tower that faces seven different directions and is set to seven different times — as some sort of Twin Peaks-like quirkfest. The result is a bunch of absurd nonsense that stifles any legitimate chills the film might offer. It also keeps us from becoming emotionally invested in the story. It’s a shame because I liked that Coppola had decided to work in the gothic arena, which most modern horror filmmakers seem to have abandoned.

I’m assuming (and hoping) Coppola intended to make Hall’s dreams look overly artificial. (More on this in the Video section.) The director had a $7 million budget to work with; that’s not a huge number, but many ingenious filmmakers have done a lot more from a visual effects standpoint with a lot less. Although Coppola may not be used to working with cutting-edge technology — a pair of inconsequential sequences were actually filmed in 3D, but this disc doesn’t display them — he hasn’t lost his keen eye for composition and framing shots, resulting in more striking visuals than anything involving the shoddy FX.

Kilmer is still carrying around a discouraging amount of bloat, but here it actually works for his has-been/alcoholic of a character. For the first time in a while, the actor actually looks engaged in the movie he’s appearing in, particularly during a head-scratching, amusing sequence where Hall is suffering from writer’s block. Fanning — an old soul of a young performer, like her sister Dakota — does the best she can playing someone who is more of an ethereal concept than a real person. Dern has a good deal of fun with his colorful role, but is mostly just asked to repeat his character’s name (“Bobby LaGrange”…“Denny Crane!”) over and over again. Chaplin brings flair and authority to his brief moments as Poe, the only problem is there’s really no compelling reason for him to be there.

Twixt actually becomes much more intriguing if you look at the film less as a murder mystery and more as a portrait of a haunted, creatively exhausted artist. Coppola based the film on a particularly vivid dream he had in 2009, but he also sprinkles the film with enough personal touches to blur the line between reality and fiction. (Which also mirrors the way Hall’s dreams, the real-life horror of Swann Valley, and Hall’s own past demons start to bleed together.) The death of Hall’s daughter closely (and uncomfortably) recalls a tragedy from Coppola’s own past. On much lighter notes, Hall’s nagging wife is played by Kilmer’s real-life ex Joanne Whalley, while Kilmer himself randomly impersonates Marlon Brando in Apocalypse Now as well as a gay black basketball player from the ’60s. (Huh?!)

Of course, the problem is that you pretty much have to be a movie nerd to get any of that stuff. At its best, Twixt is intriguingly incoherent. At its very worst, the film is downright inaccessible. Coppola originally planned to take the movie on a 30-city tour, re-editing it or “remixing” on the spot depending on the audience’s reaction. (Fox understandably cancelled the tour.)

In a way, Coppola is a victim of expectations. I have a feeling that if this exact film had been directed by David Lynch, many people would be praising it as a solid comeback. If it had been made by an unknown young filmmaker, Twixt would still be polarizing, but a lot of viewers would be heralding the arrival of an exciting new artist. For better or worse, this sort of film is not what most people expect out of Francis Ford Coppola, but I give him credit for daring to do something different and personal instead of just talking about it.

Twixt is presented in an aspect ratio of 2.00:1. The 1080p image is arrived at with AVC MPEG-4 codec at an average of 36 mbps. As you probably suspected, there’s a lot going on from a visual perspective, starting with the film’s unusual aspect ratio. The “real world” Swann Valley scenes feature excellent detail and texture on both close-ups and medium shots. I also think they serve as an effective baseline for the visual presentation because almost everything else seems to have been heavily manipulated in post production.

For example, Hall’s dreams all have him wandering around at nighttime, but it appears these sequences were actually filmed during the day and digitally converted to reflect darkness. The process is apparent, but, once again, there’s a decent chance this element of unreality is precisely what Coppola was trying to achieve. Contrast is strong during these black & white dream sequences that also feature pops of color. (Think Rumble Fish.) Hall consistently appears sharper and grayer than his ghostly companions, who look softer and brighter. At times, it doesn’t totally look like Kilmer and his co-star are even sharing the same space. On the other hand, I’m fairly confident Coppola didn’t intend for the overall look of the nighttime scenes to be so inconsistent; some feature a healthy amount of digital noise, while others have been noticeably scrubbed clean. Either way, this Blu-ray deserves major credit for faithfully reproducing Coppola’s vision.

The DTS-HD Master Audio 5.1 track is aggressive without being too intrusive. That means we get a healthy dose of the dread-filled score by Dan Deacon and Osvaldo Golijov whenever the action on screen feels like it needs to be ramped up. It also means immersion — during scenes in the woods and in the clock tower — is more understated than you’d expect. (The front speakers do more of the heavy lifting than usual.) The track also does a fine job with the dialogue and is superb when it comes to conveying the film’s creaky sound effects.

Twixt: A Documentary by Gia Coppola: (37:42) Gia, a photography major who had recently graduated from college, decided to film her grandfather at work. The result is a documentary that is as scattershot as the feature film, but considerably more endearing. (For example, there’s a series of stills of Gia accompanied by the caption: “Gia didn’t get enough cutaway shots, so Grandpa made her insert pictures of herself.”

We get to hear the original voice recording Coppola made in 2009 right after he had the dream that inspired Twixt. We also get a montage of Kilmer’s quirkiness. More importantly, the doc captures the paternal vibe Coppola exudes on set these days. (It’s easy to imagine everyone calling him “Grandpa.”)

We’ve all done it. We’ve all had a bizarre or memorable dream that we’ve tried to describe to someone else the following day. It’s almost impossible because the story never makes any sense.

Now imagine making a movie based on one of your dreams. That’s what Francis Ford Coppola attempted to do and, not surprisingly, the experiment didn’t work. And it’s not just because surrealism is a tough sell; the film’s rushed ending and wonky tonal shifts can’t all be blamed on the story’s weirdness. As a result, recommending this film to anyone but a curious Coppola-phile is as hard as remembering what I dreamed about last night.