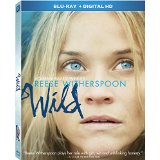 “Finish that sentence…why do I have to walk a thousand miles?”

The answer to that question probably won’t satisfy everyone who watches Wild, which is based on Cheryl Strayed’s first-person chronicle of her 1,100-mile hike from the Mojave Desert to Oregon. To some, there simply isn’t a compelling enough excuse to ditch your responsibilities and go on an extended journey of self-discovery. The reason Wild works — besides career-best work from its Oscar-nominated star — is because the ultimate explanation is something simple that most people can relate to: Strayed walked more than 1,000 miles to prove she could do it.

More specifically, Strayed — who became a best-selling sensation after her memoir, “Wild: From Lost to Found on the Pacific Coast Trail”, was published in 2012 — wanted to prove to herself that she could complete an extremely arduous and challenging task without losing her resolve and quitting.

The film opens with a shot of a picturesque vista that is invaded by a raggedy boot. (That boot is a clever bit of fan service to anyone who picked up the book.) Strayed (Reese Witherspoon) embarked on her 94-day/1,100-mile hike in June 1995. Director Jean-Marc Valle (Dallas Buyers Club), working from an evocative script by Nick Hornby, has made an adaptation that is alternately expansive and intimate.

Vallee and cinematographer Yves Belanger often — and intentionally — make their star look tiny as Strayed hikes along the daunting landscape. (The movie also gets some comedic mileage out of Witherspoon’s slight frame by saddling her with the same enormous backpack Strayed took on her own trip.) Strayed’s journey is often interrupted by flashbacks that illuminate the self-destructive behavior that led to the end of her marriage (Thomas Sadoski plays ex-husband Paul) and the grief related to the death of her mother Bobbi (Laura Dern).

Those memories, which prompted Strayed’s trek in the first place, are the trickiest part of the film to convey. Vallee and Hornsby manage to present the information as a set of fluttering images that mirror the way memories jump in and out of our daily lives. It’s a bit disorienting at first, but winds up being an affecting device.

It’s also a smart way to break up what would otherwise be an endless string of scenes featuring Witherspoon walking across vast distances. That being said, Vallee and Belanger find a variety of interesting ways to present Strayed’s journey, vacillating between tight close-ups and panoramic shots, as well as employing some hand-held camera work for a more naturalistic touch. (You can even interpret Cheryl’s oversize backpack as her own personal cross that she’s decided to bear.)

Witherspoon — also a producer on this film — has never been better, despite probably being a little too old for the part. (Strayed was 26 when she went on her hike; Witherspoon turned 39 this year.) To be honest, the only instances where the star’s age was an issue occurred whenever Witherspoon shared the screen with Dern in flashbacks. Dern’s youthful, vivacious, Oscar-nominated performance combined with a meager nine-year age difference between the actresses resulted in a somewhat unconvincing mother-daughter pair. Sadoski does warm, wounded work in his handful of scenes. Strayed meets a variety of interesting characters on the trail played by good actors like W. Earl Brown, Kevin Rankin, and Michiel Huisman, but this is Witherspoon’s show all the way. The actress responds with fierce, funny, understated work; that last part is surprising given that the movie opens with Strayed literally screaming into an abyss.

Most importantly, Witherspoon someone who easily commands the screen while being the only person on it for extended stretches of time. Wild doesn’t romanticize or fetishize Strayed’s journey; the hike seems highly difficult, yet not impossible. And given all the tedious, unglamorous parts of the trip we see, it frankly seems like a giant pain in the butt. (And feet…and shoulders…)  In the end, both the movie and Strayed’s hike wind up being a trip well worth taking.

Wild is presented in an aspect ratio of 2.40:1. The 1080p image is arrived at with an AVC MPEG-4 codec at an average of 30 mbps. Besides Witherspoon, the movie’s biggest star is the breathtaking vistas along the Pacific Coast Trail. Much of the film — both the sunnier parts of the hike and the flashbacks — have a warm, amber hue. Vallee used all natural light sources for the film, which is especially evident in the darker flashback scenes. Fortunately, black levels are generally inky and minimal crushing. (There is especially good separation during an early nighttime scene where Cheryl is in her tent.) There is also some blue and golden color grading going on during certain hiking scenes, which is conveyed nicely in this largely blemish-free image. The bottom line is this Blu-ray from Fox captures the alternately dusty and pristine beauty of the PCT.

The DTS-HD Master Audio 5.1 track is, simply put, outstanding in every way. In fact, the film’s track even assumes some of the storytelling burden during extended, dialogue-free stretches of time. There is excellent separation between the front speakers (dialogue) and the rears, which offer background noises that range from whooshing winds to radio chatter about the O.J. Simpson trial. Even the subs are heard from whenever the rumble of a truck or tractor makes its way into Strayed’s journey. Fidelity is spot on, with the music — heavily featuring Simon and Garfunkel’s “El Condor Pasa (If I Could)” — playing nice with every other element of the film. This is a totally immersive and engaging sonic experience in every way.

All of the bonus material is presented in HD. In addition to all the special features listed below, this set includes a collectible booklet called “Life After Wild”, which includes pictures of Strayed during her famous trek and some brief thoughts from the author about the film’s production.

Audio Commentary with director Jean-Marc Vallee, producer Bruna Papandrea, and producer David Greenbaum: Really interesting commentary that delves into many aspects of the production (Vallee insisted Witherspoon’s monstrous backpack be genuinely full and heavy), as well as the differences/similarities to the book. Overall, a very laid-back, informative conversation. Greenbaum isn’t present at the start of the commentary, but eventually jumps in.

Deleted Scenes: (7:49) There are five scenes with optional filmmaker’s commentary from Vallee. The highlights include a quick flashback between Cheryl and Paul on the night before their divorce, and Cheryl bonding with a fellow wounded traveler during her journey. The lowlight is an extended version of the scene where Cheryl takes a dump on the trail. Features a Play All option.

The Real Cheryl Strayed: (8:37) The author talks about her on-set experiences as the filmmakers re-created parts of her life. (Often in some of the locations Strayed visited during her hike.) She stresses the 1,100-mile hike was the easy part; the hard part was all the heartache and personal loss that came before it.

The Real Location is the Best Location: (8:45) Witherspoon says she wanted the film to be a love letter to the wide-ranging beauty of the Pacific Northwest. This featurette  takes us to the real Pacific Coast Trail, from the spot in Mojave where Strayed began her hike to the journey’s endpoint at the Bridge of the Gods in Oregon.

How Much Does a Monster Weigh?: (3:46) An amusing look at Strayed’s comically enormous backpack, which is nicknamed “Monster.” (It topped out at about 70 pounds.) Fun fact: Strayed still has the real-life Monster along with many of its contents.

The Pacific Crest Trail Interactive Map: When you click on the map’s trail markers, it automatically takes you to a brief film clip showing Strayed reaching the corresponding spot. Neater than the average interactive map.

Experiencing the PCT — A Special Message from Cheryl Strayed: (1:47) Strayed sits down for what is essentially a commercial touting the healing powers of the PCT.

After seeing Wild in theatres, I thought it was worthy of a Best Picture slot alongside the eight eventual nominees. (Only Witherspoon and Dern picked up nominations.)

So considering that I already thought this was one of the best movies I saw last year, I can’t help but highly recommend this Blu-ray, which features a top-notch A/V presentation and a strong collection of special features. “Happy trails, Cheryl.”