Many people look around today and say we are perhaps going through one of the most corrupt times in the history of the world. Government spending is out of control, rights seem to going by the waste side and human liberties are forgotten in travesties of justice. But what they don’t know is that many years ago, life was cheap and rulers often gained absolute power by the most despicable of methods. However, what some people forget, the History Channel does remember Ancients Behaving Badly.

Ancients Behaving Badly is a documentary series on the History Channel that chooses an infamous leader from ancient history and goes into great detail about their rule. Let’s take for example, Caligula, the first leader presented and a fairly easy target to spend time on. Caligula, the third Roman emperor who despite living only a shade under four years in power broke all the rules and was famous for debauchery and murder on the grandest scale.

The documentary gives a bit of history and often highlights various scenes with historical accounts by famous historians, archaeologists, and in some cases medical doctors who specialize in simulation of important deaths to reveal new and fascinating clues. There is also a great deal of animation present to supplement various scenarios that happened during this reign. At the end of the production, we are treated to a graph where the X axis rates them from “Goal Driven Killer” to “Psychopathic Murderer” while the Y axis focuses on a particular characteristic like Obsessiveness.

For example in Caligula’s case they will use animation to show that he beheaded criminals in between courses at a grand dinner banquet. They will use historians to walk through the Isle of Capri to go behind the throne of how it must have felt for young Caligula to walk through the palace of Tiberius who was leader prior to Caligula’s reign. Then they use a doctor to go over the psyche of Caligula as he seemed to be a leader that was driven by the fact, that he could do no wrong even when he would rape noble’s wives while the noble was only a room away.

Then they would finish the episode with plotting Caligula on a graph next to other leaders. Caligula was clearly on the level of a psychopathic murderer. Then they use the Y axis to accentuate his Narcissistic Personality Disorder for which they compare to such men as Himmler or Goering, two of Adolf Hitler’s henchmen. The production is at times a little fanatical, but most of the time a good account beyond the normal reference material for which most common history students are familiar with.

More episodes would follow a similar method, all leading to the conclusion of whether these leaders’ reign of terror was more like a raving lunatic or a cold calculated ruler where death held a purpose and means to an end. My only issue with this series was mainly focused in the animation. Most of this animation was hasty and seemed like they wanted to show a quick and gruesome scene they couldn’t emulate in real life. I think CGI or perhaps hiring some actors to portray some of the significant events would have added to the realism and kept the viewer interested.

The video is in 1.33:1 fullscreen. The color looks strong and since a lot of the shots are on location in Europe, the scenery is beautiful, even when some of the shooting goes underground. However, there is a problem here. Yes, my friends it is the return of fake widescreen or letterboxing. Because we all love the concept of black bars on all sides of the screen given the choice. Sarcasm out of the way, you have to wonder if there isn’t a widescreen print somewhere and like the rest of the disc (as you will soon see) just took the lazy approach to production.

We get a Dolby Digital 2.0 English sound track for the show. The sound is pretty decent, except the fact that most of it is dialog driven. Occasionally, there is some hasty animation and some tiny instrumental mood piece behind it but no signs of a true bass or power to it. There are no subtitles that I could find which is a little distressing since a lot of these historians have an English type accent which means you might miss a few words from episode to episode.

As we know, history seeks an unbiased account of the events that happened in the past. The problem is that we rarely get those unbiased accounts and have to piece together biased accounts and strip them of their prejudices to make them as close to truth as possible. Ancients Behaving Badly does a good job of presenting various rulers for the people they really were and opening up new information by the ways of archeology and historians who specialize in this time period.

The major problem with this 2-disc set however lies in the production value. The show uses a lot of hasty animation that never really gets the point across and looks more like a device to show some cartoon blood. The video and audio on the disc doesn’t do any favors to the series with fakey widescreen and bare bones sound. They cap it off with no extras at all leaving you with a show that is best served for a bargain bin near you. It’s a good show, but there doesn’t seem to be any effort from the History Channel on this one. 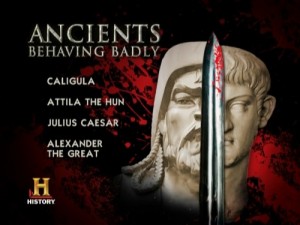 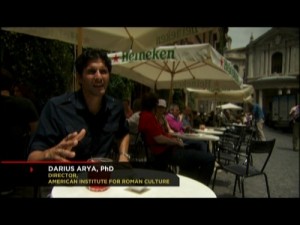 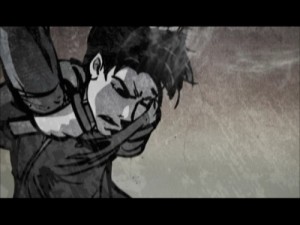 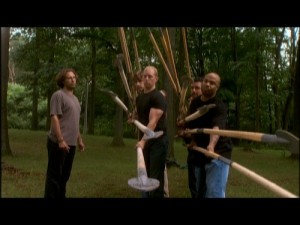 Michael Durr has been reviewing movies for the better part of fifteen years now. He primarily enjoys thrillers, sci-fi, animation and even a little courtroom drama. His favorite films include Escape from New York, the Goonies and anything with Alyssa Milano. When he’s not praising Kurt Russell as the greatest actor of our time or scratching his head over a David Lynch flick, he’s spending time at home in Texas with his lovely wife, Lori and his amazing son. How they put up with him is a mystery, but even Basil Rathbone doesn’t have the time to solve that one.
Contest: We’re Giving Away 10 Copies Of The Cleaner: The Final Season 4 Disc Set Strange New World