Game, The: The Third Season

Some of my longtime readers might remember my review of The Game Season One. I found it to be rather slow at first but once they fleshed out the characters, it became a likeable show with decent characters. But unfortunately, I was not able to review the second season and was a little surprised that the third season showed up on my doorstep. Hopefully, I would be able to jump right back in and still enjoy the show. As long as it still has the qualities I enjoyed before.

Let’s spend some time catching up from the second season as we dive into the third season. Since I didn’t get a chance to watch the second season, it will help us to set the story. Melanie Barnett (played by Tia Mowry Hardrict) is still having problems with Derwin Davis (played by Pooch Hall). She confessed in the season two finale that she still loves Derwin and is bent on getting him back. There is just one problem.

Derwin has been dating other women including Janay (played by Gabrielle Dennis) which wouldn’t be necessarily a bad except he got Janay pregnant. The kicker is that Derwin wants to remain the baby’s father but he still loves Melanie very much. His football career is also in jeopardy after he is still recovering from an injury he sustained in Season 2.

We will move on to the Pitts. Jason Pitts (played by Coby Bell) and Kelly Pitts (played by Brittany Daniel) have split up after the season two finale. Jason had been using steroids to give himself a boost and even used Kelly to get a contract. Kelly simply couldn’t take it anymore and wants a divorce. In addition, she throws Jason out of the house.

Tasha Mack (played by Wendy Raquel Robinson) has found new love in Season 3, she has started to date Rick Fox (yes that Rick Fox). Tasha however has trouble with the situation because of his self image and celebrity status. Her son, Malik (played by Hosea Chancez) has had celebrity issues of his own when he decides to marry Robin Givens (it’s that Robin Givens) as a publicity stunt.

We do get some new reoccurring characters in Season 3, there is Pucci Wright (played by Lisa Tucker) who is Malik’s half sister and has an absolutely amazing singing voice. There is also Camille Rose (played by Stacey Dash), a newscaster who ends up as Jason’s love interest for Season 3. We also get some guest star spots from Rudy Gay, Penny Marshall, and Michael Boatman.

So how is the show after all of this time? Absolutely awful. I had some general praise for the show after the first season and everything that I thought was good about the show has went down the crapper. Okay, everything except the main protagonist, Melanie. Melanie’s charm and spunk keeps her character fresh and this is about the only thing that saves this show from being a complete Desperate Housewives trainwreck.

Yes, I said Desperate Housewives, because that is exactly what the show has become. In Season One, there was something called football to develop a story around and give the characters a little bit of depth. By Season 3, if we even get a mention of the sport, it’s clearly in a past-tense background way. Instead, the show is dominated by who screwed who and a battle of how much skin can we get past the censors before we think one of Malik’s parties resembles Girls Gone Wild.

It wouldn’t be so bad if everybody in the show hadn’t become several shades of desperate or trash. Likeability is completely thrown out the window as we become witness to such classy things as sex in bathrooms and dirty dancing in clubs before their divorce is finalized. I like skin as much as the next guy (and plenty of these women are quite attractive) but it all feels so sleazy like something ripped out of an Entertainment Tonight exclusive.

The video is in 1.78:1 widescreen presentation. One thing that this set does manage to do is provide very good visuals. The color is excellent and it doesn’t hurt that Tia Mowry Hardrict is quite easy on the eyes. The show is clearly shot all in a studio but its standard high definition television fare but that’s hardly a complaint and more of a general statement.

We get a Dolby Digital 5.1 English track (2.0 mix also available) for the show. The dialog is crystal clear and there are no problems with any of the effects. The only problem is the effects from previous seasons actually had some stadium noise and other things associated with football. So those are now gone unfortunately. But it does the job. Subtitles do not seem to present in this set.

As I’m writing this, I do want to inform you that the show was cancelled after the third season as CW eliminated a lot of their half-hour shows. However, it looks like it will be showing back up on the BET network with new episodes in the first quarter of 2011. Honestly, I guess its tawdry soap opera style from the third season makes it perfect for the BET network. The show had plenty of feel good moments during the first season and reasonably held my interest. I wish I could say the same for this third season.

The dvd package also has elements of a rush job. The audio and video are barely there and the set is completely devoid of extras. Isn’t there a star or a director who would like to make a commentary? Give me a blooper reel, deleted scenes (involving football preferably), something. I can’t recommend this show and despite it ending up on the BET Network, it doesn’t look like it is going to last too much longer. A real shame. 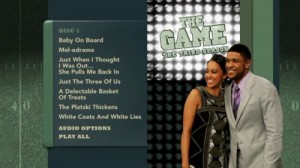 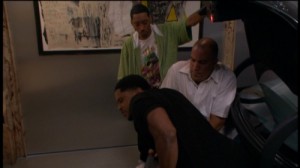 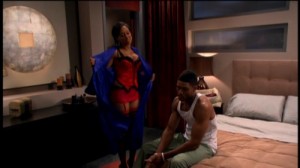 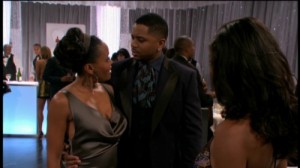 Michael Durr has been reviewing movies for the better part of fifteen years now. He primarily enjoys thrillers, sci-fi, animation and even a little courtroom drama. His favorite films include Escape from New York, the Goonies and anything with Alyssa Milano. When he’s not praising Kurt Russell as the greatest actor of our time or scratching his head over a David Lynch flick, he’s spending time at home in Texas with his lovely wife, Lori and his amazing son. How they put up with him is a mystery, but even Basil Rathbone doesn’t have the time to solve that one.
Dare to Play the Game Wolf Moon