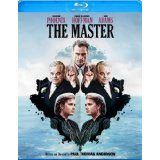 “If the average civilian had been through the same stresses that you have been through, undoubtedly they too would have developed the same nervous conditions.”

The first time I saw The Master, I really didn’t like it. It was a terrible feeling. I’m a huge Paul Thomas Anderson fan, and Boogie Nights is one of my 10 favorite films of all time. So I walked into that theater excited to see what was being called a landmark achievement: the “Scientology movie” that wasn’t really about Scientology (but actually kinda was) helmed by one of the most talented directors working today.

Turns out Anderson really wasn’t being coy when he repeatedly stated he wasn’t making The L. Ron Hubbard Story. The Master is the story of Freddie Quell (Joaquin Phoenix), a disturbed and self-destructive Navy veteran struggling to find his place in the world in the aftermath of World War II. After a few skirmishes, Freddie crosses paths with — or rather stumbles onto the path of — Lancaster Dodd (Phillip Seymour Hoffman), the charismatic leader of a religious movement known as “The Cause.” Dodd and his protective wife Peggy (Amy Adams) initially accept Freddie into The Cause, but Freddie’s erratic, disruptive behavior puts him at odds with his new masters.

Looking back, I shouldn’t have been surprised The Master wasn’t what I expected or that I didn’t fall head over heels for it after one sitting. As Anderson’s films continue to grow in both scope and austerity, it really takes more than one viewing to fully appreciate them. For that reason, I’m really glad I didn’t try to write a review after watching it just once. The Master presents interesting ideas about mentor/protégé relationships, the desire (or need) to belong to something, and the question of whether a truly disturbed person can ever be “cured.” One of the main reasons I still don’t like The Master very much is because it doesn’t quite follow through on these ideas.

A second viewing, however, definitely has its benefits. For example, I found it much easier to follow the film as it drifts from one time and place to another, perhaps mirroring Freddie’s perpetually soused state of mind. (The majority of the action takes place in 1950.) Other parts — like a key sequence toward the end that may or may not have been a dream — remain clear as mud, but I’m perfectly fine with Anderson leaving certain things open to interpretation. Most importantly, I was intrigued by the notion of the filmmaker presenting his main characters as three parts of the same psyche: Freddie is all id, Lancaster is the ego that attempts to mediate between the id and reality, and Peggy is the super-ego working in opposition to the id. Psychoanalysis is a prominent part of the story, but it wasn’t until I saw Phoenix, Hoffman and Adams forming an inkblot on the Blu-ray cover that their connection really kicked in. (Adams is terrific in the movie, but Phoenix and Hoffman really are co-leads — it’s a farce that Hoffman got bumped to the Best Supporting Actor category — so I was struck to see her included in this psychological imagery.)

Even during my underwhelming initial experience with The Master, two things about the movie were unimpeachably brilliant: the acting and the cinematography by Mihai Malaimare Jr., who really should’ve joined Phoenix, Hoffman and Adams as Oscar nominees. I’ll get into the cinematography in the Video section, so let’s talk about the performances. The best scenes in The Master are two-person conversations/interrogations staged forcefully and unblinkingly by Anderson (in one instance, Freddie was literally not allowed to blink) and performed thrillingly by the actors. Phoenix is a dangerous force of nature. The actor drastically alters his movements and posture to play the childish, animalistic Freddie, who is fixated on sex and will drink pretty much anything, including paint thinner and torpedo juice. It’s a fearless, engrossing performance, but I’m not sure it was charismatic enough. I’m not saying Freddie had to be likable, but I didn’t really see a quality in him that made young women throw themselves at him or compelled Lancaster to take him on as a pet project. (I realize Lancaster admired Freddie’s mixology skills, but I didn’t totally buy his genuine affection for this troubled creep.)

I say “pet project” because even though one of Lancaster’s edicts is “man is not an animal”, he repeatedly treats Freddie like a bad dog. (Especially when he’s chastising him.) Hoffman, with his fair hair and hyper-articulate speech, is totally convincing as a cult leader. (I mean that in the nicest way possible.) The actor even adopts an overly pompous tone that makes him sound like a sinister version of Ron Burgundy. In other words, he’s the polar opposite of Freddie, though Lancaster’s veil of civility falls away just often enough for us to see him as the BS artist he is. The casting of Adams, with her soft voice and features, as steely Peggy ends up working wonderfully. This is a woman with a placid exterior who will fight off any threat to The Cause. It’s great, understated work. The rest of the talented cast — especially Jesse Plemons as Lancaster’s cynical son — impresses in small doses, but winds up being underutilized.

The Master appears to reach its emotional climax during an intense jailhouse confrontation between Freddie and Lancaster. Unfortunately, there’s still about an hour left in the film’s running time. What follows is a monotonous, infuriating series of scenes that were likely meant to evoke Freddie’s frustrated state of mind. (Kind of how the final act of Adaptation plays out like the hacky script re-written by Donald Kauffman.) It’s a provocative artistic choice. Unfortunately, the result is a gorgeous-looking film with impeccable acting that is often monotonous and infuriating to watch.

The Master is presented in an aspect ratio of 1.85:1. The 1080p image is arrived at with an AVC MPEG-4 codec at an average of 25 mbps. The Master is the first feature film/non-documentary to be photographed on 65mm film since Kenneth Branagh’s Hamlet in 1996. The industry standard for film is still 35mm, but Malaimare wanted the larger format to increase image area and depth. (About 85 percent of The Master was filmed shot on 65mm film; the rest was handheld 35mm footage.)

The result is breathtaking. We get equally incredible detail in close-ups (every stray facial hair in Phoenix’s face along with each dimple on his helmet the first time we see him) as well as wide shots of a motorcycle ride across the desert. Black levels are deep and inky, while colors sparkle to life or cool down when necessary. There is absolutely no blurring or softness in the stunning tracking shots Anderson is fond of. In short, the video transfer invites you to drink in every single detail of this striking film, which splendidly captures the look of works from that time period.

The DTS-HD Master (heh) Audio 5.1 track is at its best when every speaker is delivering the majestic, foreboding (strings!) score from Radiohead’s Jonny Greenwood. (Greenwood made his feature film composing debut on Anderson’s previous film, There Will Be Blood.) There’s a nice sense of directionality from the rears — particularly during a party boat scene — which also deliver the nice, low rumble of churning water. Overall immersion is more subtle than I expected, but still effective. Dialogue can be a bit hard to understand at times, though that probably has more to do with the eternally drunk Freddie slurring his speech than the track.

“Back Beyond”: (19:59) Instead of presenting these deleted scenes separately or slapping together a gag reel, this material has been edited into a sort of 20-minute short film. (Anderson did this before with bonus material from Punch-Drunk Love, which he titled “Blossoms & Blood” and stuck on the DVD.) The scenes play out in the same free-associative manner as the film, with more music from Greenwood. Though P.T.A. regular Melora Walters (Magnolia, Boogie Nights, Hard Eight) pops up as a singer, it’s basically more of the same: we see Freddie making hooch and in the company of another topless woman, while Lancaster “processes” one of his disciples. The lone outtake with Hoffman and Phoenix cracking each other up doesn’t appear until the very end. Presented in HD.

Teasers/Trailers: (16:26) Nine separate clips play out like old-school previews. Although the traditional theatrical trailer is included, most of these are full scenes from the movie. Actually, a lot of them are full scenes from “Back Beyond” since much of what we see here didn’t make the final cut. Presented in HD.

“Unguided Message”: (7:59) An unconventional, first-person look behind the scenes of this production, including the filming of scenes on the beach and on the motorcycle. It’s almost as if we’re peeking over someone’s shoulder and following Anderson around. No interviews or comments, but the set was a lot more jovial than I expected. Presented in standard definition.

“Let There Be Light”: (58:06) John Huston’s 1946 documentary about psychologically damaged WWII veterans seems to have directly inspired some moments in the film. We see a soldier telling a therapist, “I believe in your profession it’s called ‘nostalgia’”, which is something Freddie says early on. We also witness the use of hypnotherapy on a few patients, which calls to mind the scene in The Master where Lancaster is grilled by a skeptic who can’t see how his methods are different from hypnosis. I think this doc helps put you in the director’s headspace, similar to the B&W short film “The Story of Petroleum” on the There Will Be Blood” DVD. Presented in standard definition.

Most people seem to agree that The Master demands multiple viewings to fully appreciate its themes and complexities. However, should more than one viewing be required for a movie-watcher to simply ENJOY what they just saw? I realize this isn’t intended to be a popcorn movie, and I hope Anderson never stops making challenging films. Still, I wouldn’t mind seeing him replace some of the severity from his recent output with more honest-to-goodness verve. (It’s why Punch- Drunk Love is secretly my second favorite P.T.A. film.)

The Blu-ray, however, is dazzling and worth a look if you’re searching for a master class in how to compose shots on film. Anderson may not pop up to give answers about his movie (I didn’t really expect him to), but the bonus material is still a compelling supplement to the main event.

The Master has been described as a hypnotic film. This is accurate in every sense of the word. The stellar performances and visuals will put you in a trance; unfortunately, it may also leave you susceptible to a sleep-like state.