The day of October 31st is usually Halloween to most people. However, back in 1992 it was the day one of the best cartoon superhero shows premiered on the Fox Network. It was simply called X-Men. The show would last seventy-six episodes and five seasons while rising to considerable popularity. I’m not one to toot personal bias, but this is probably my second favorite comic book related animated show next to Batman: The Animated Series. Most of us X-Men fans have been waiting for these episodes to be released for as long as the dvd format has existed. Finally that time has come and I couldn’t be more delighted to watch these again.

Two parents sit in a living room wondering if they did the right thing. Their adopted child: Jubilee is a mutant. They have felt the best thing to do is file her name with the Mutant Registration Program, a privately funded program with ties to the government. The Mutant Registration Program is supposed to be a peaceful group helping humanity and the mutants carry on in their existence. However, things are not as they seem.

The program doesn’t just want to track mutants, they also want to eliminate them. The group sends a Sentinel (large robots designed to fight and capture mutants) to the house only to find that Jubilee has left and went to the local mall. At the arcade in the mall, Jubilee is still not in full control of her powers and destroys a machine accidentally. As she leaves, she is tracked by another Sentinel. She runs smack into Storm and Rogue who are out shopping in the mall.

Storm and Rogue are members of the X-Men. They quickly capitalize on the situation and attack the robot. They are joined by another X-Men member, Gambit who tries to help. They are able to save Jubilee and transport her to the X-Mansion. Here we meet the rest of the X-Men: Wolverine, Beast, Morph, Cyclops, Jean Grey and their leader: Professor Xavier.

The X-Men decide to find the Sentinel base and destroy all of the files on the mutants. They get to the base and are met by heavy opposition in the form of soldiers, Sentinels and armored vehicles. They are able to find and destroy the files. However, when they leave outside to the Blackbird, they are met by overwhelming odds which leads to several injured and one X-Men (Morph) wounded and presumed dead. Beast is also captured. The first two episodes end with Jubilee deciding to live at the X-Men mansion as the fight for peace between humanity and mutants continues.

This is the first arc of the show known as the Night of the Sentinels. However, one of the most awesome things about the show is that it would be a never ending arch: meaning each show would feed into the next. It made youngsters and older people (such as myself who was 17-18 when this show began) keep turning in week after week. This would continue until well into the third season when shows would be more random in their subject matter.

The show also introduced us to a never-ending slate of mutants that the comic book has come to enjoy over the years. In addition to the X-Men listed above, the first two volumes (33 episodes) of the series introduced us to many more characters including Magneto, Cable, Colossus, Juggernaut, Bishop, Mystique, Omega Red, Alpha Flight, Apocalypse, Longshot *whew*, and even more than I care to go for the next several paragraphs. The show was extremely diversified with even Spiderman showing up for an occasional cameo. We never got bored of the characters and there was always somebody new for us to go find a couple of comic books on to read about.

But perhaps the one thing that set X-Men apart was the social issues they decided to tackle with every episode. They encountered racism, bigotry, and hate while masking it in the battle of Humans vs Mutants. It echoes a lot of the race issues found even today. People fear what they do not understand. Those same people lashed out against the mutants and a lot of the show focuses on this general purpose. The show was ahead of its time.

The show is presented in 1.33:1 Fullscreen. The animation was excellent back in the early 90’s but does seem a bit inferior over 15 years later. Even worse, with the advent of widescreen tv’s and increased resolution, it doesn’t look as good as it once did. It’s not terrible, color is still strong and the show is still fun to watch. But much of the presentation does feel a bit muddy and makes this a mixed bag of sorts.

The audio is provided in 2.0 English, Spanish and French Dolby Digital. It’s the original audio and since this show did great all over the world, it was nice to see the added voice tracks. I personally like the music and found it to be pleasing until this day. The theme song will stick in your head until the day you die. My girlfriend probably hears me humming it in my sleep. But as mentioned with the video, it didn’t age that great. It’s another mixed bag and while it doesn’t hurt watching the show, it isn’t exactly the same oomph either. English, Spanish and French subtitles are also included.

The show’s first two volumes go from the first season up until midway thru the third season and the end of the Phoenix Saga. Most likely, there will be two more volumes and it will end at episode 66 and the Beyond Good and Evil arch of stories. There is a fifth season and it is made up of 10 more episodes but it wasn’t the same old X-Men anymore. Even the last six episodes had a different animation style. If those do get released, expect those to be titled the Lost X-Men episodes or something equally silly.

That being said, this is some of the finest storytelling and animation on record for comic book influenced super heroes. It has action, intrigue, drama and if your child has a little bit of maturity in them, you can’t find much better television. The show gets my highest recommendation. However, the discs leave a little to be desired. The video and audio has seen better days and this set is completely devoid of any extra features at all. There are no behind the scenes, no interviews, no commentaries, not even a picture galley. The people at Disney could have done better. Heck, they could have hired me for free to record commentaries, but they did nothing of the sort. I do recommend this to fans of the series but just don’t look for anything extra, ok? Enjoy. 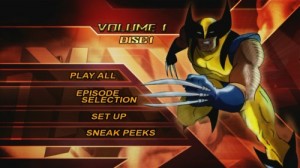 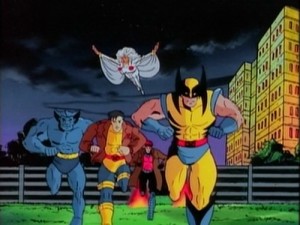 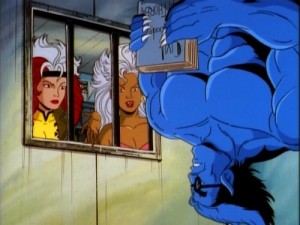 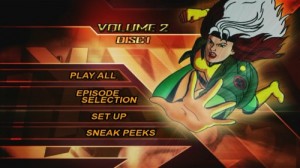 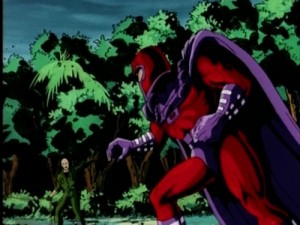 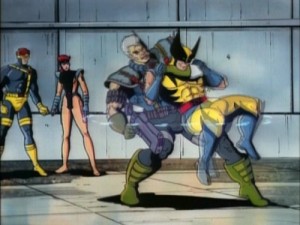 Michael Durr has been reviewing movies for the better part of fifteen years now. He primarily enjoys thrillers, sci-fi, animation and even a little courtroom drama. His favorite films include Escape from New York, the Goonies and anything with Alyssa Milano. When he’s not praising Kurt Russell as the greatest actor of our time or scratching his head over a David Lynch flick, he’s spending time at home in Texas with his lovely wife, Lori and his amazing son. How they put up with him is a mystery, but even Basil Rathbone doesn’t have the time to solve that one.
Dare to Play the Game Freakazoid!: Season 2