Posted in: Disc Reviews by Michael Durr on February 11th, 2010

Most people who call themselves friends of mine know that I absolutely adore the combination of John Carpenter and Kurt Russell. Escape from New York is my favorite movie of all time and I even liked Escape from L.A. as well. Now that my credibility is probably ruined, I was delighted to receive Elvis, a mini-series produced in the seventies that brought together this amazing duo for the first time. Kurt Russell is the King of Rock n Roll and I can’t help to enjoy watching.

The year is 1969. Elvis Aaron Presley (played by Kurt Russell) sits in a hotel room in Las Vegas with his friend and roadie Red West (played by Robert Gray). He is about to make one of the biggest comebacks of all time. However, there is a news report on the television about him that questions whether or not he can make the comeback. Elvis doesn’t quite like that. He reaches into his pocket and pulls out a pistol and aims it directly at the television.

The television explodes into a million pieces and FBI come from around the corner to see what the problem is (they were there to thwart any possible assassination attempts) as Red tries to calm them down. We then see Elvis alone in a chair, strumming his guitar. The picture fades to black and the next thing we see is Elvis as a young boy (played by Randy Gray) growing up in Tupelo, Mississippi.

We are introduced to his mother, Gladys (played by Shelley Winters) and his father, Vernon (played by Bing Russell). Life is hard for the Presley family but they do the best they can. Elvis receives a guitar for Christmas one year despite wanting a bicycle. He starts to learn how to play and takes it to it extremely well. We then flash forward several years when Elvis is a high school teenager and the family has moved to Memphis, Tennessee.

We learn that Elvis is different from the other boys. He wears his hair all funny and his clothes don’t look quite right. One day, the school boys threaten to cut his hair in the bathroom. However, Red West steps in at the right time and they develop a life long friendship as a result. In this time period, we also see how well he has progressed in playing the guitar.

He starts to capture the eye of girls in high school and attracts one in particular named Bonnie (played by Melody Anderson). Despite Elvis not wanting to perform, Bonnie convinces Elvis to get up on stage and perform during the school talent show. From the moment he strums the guitar and starts to sing his eloquent voice, well the rest as they say is history.

This film’s time period extends from when Elvis is a little boy in the early 40’s and ends with his Vegas comeback in 1969. It does not deal with his divorce to Priscilla, his decline and eventual death in the 70’s. However, there are hints along the way that Elvis had issues, particularly in the self-esteem department. To be honest, it is probably best we remember him on a high-note rather than a low one.

Kurt Russell is amazing as Elvis Aaron Presley. From the look to the mannerisms to his speaking voice, the man has it down. There is absolutely no surprise that he was nominated for an Emmy for this role. The singing voice was actually handled by Ronnie McDowell who hits the “sounds like the King” button right on the head.

Most of the actors & actresses in this film are an excellent addition to the cast. Shelley Winters is a marvelous Gladys and Bing Russell (who happens to be Kurt’s dad) is a very good Vernon. From bandmates to music producers to Priscilla (played by Season Hubley), everybody had a strong handle on portraying somebody who was an important part of Elvis lore.

Negatives with this production are mostly contained in the story. As mentioned, I have no problem with the time period. If we wanted a movie that went right down to his demise, it would have needed another hour or so at least and been approached in a totally different manner.

My issues were these; the story seemed to be at a very high level, meaning it glossed over a few points and at times didn’t feel authentic or rather revisionist history. They were full of emotion in anything related to the mother or moments of anger, but a lot of things felt down right hokey. However, these criticisms are minor when compared to the film on a whole.

The video is presented in 1.78:1 anamorphic widescreen. It remarks on the box that the film was restored from the original film elements. The film certainly benefits from that. They really did a good job with this classic material. Kurt Russell looks pretty sharp as Elvis and any grain is minimal. The only negatives I could really find were on some of the earlier dark scenes where there is a hazy amount of grain. I’m honestly blaming the source material there.

The audio is presented in English Dolby Digital Mono 2.0. It sounds pretty good considering that this movie is thirty years old now. Dialog is clear with only the slightest pops and the music as one would guess sounds great. To be honest, I had no idea until I read the insert and the back cover that Ronnie McDowell is doing the singing voice and Kurt Russell is just lip syncing those parts.

I usually only mention packaging when it is really horrible or really good. Thankfully, this is the latter. It’s not that it is elaborate, it’s just a pleasant surprise in this day and age. It includes an 8 page full color insert which goes into some detail about the movie and includes a cast listing and a few pictures.

It is housed in a clear dvd case (not an Eco, thank you!) which gives the opportunity to show an extra picture of Kurt Russell as Elvis from the movie. Also, the disc has one last full color image of Mr. Russell as the King. Since there are so many thrown together discs these days, it is nice to see that somebody actually took the time to give this one the treatment it deserved.

After thirty years, we finally have a copy of Elvis in our hands. For John Carpenter, Kurt Russell and Elvis fans alike this is an entertaining movie that only gets better with age. Many films these days would have choose to focus on his demise rather than his glory. This movie also does a good job of hinting at what would eventually become of the Rock n Roll king.

The disc is excellent with the video and audio restored from the original film elements. The extras contain a very solid commentary even though a John Carpenter & Kurt Russell commentary would have been most welcome. Anybody who has appreciated Elvis Aaron Presley will appreciate this film. Solid recommendation and a permanent place in my collection. 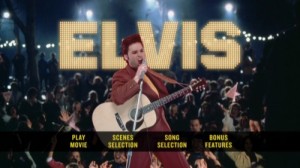 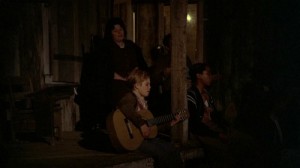 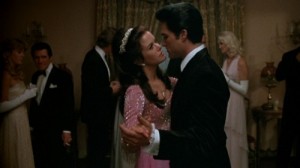 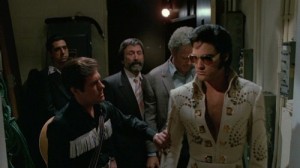 Michael Durr has been reviewing movies for the better part of fifteen years now. He primarily enjoys thrillers, sci-fi, animation and even a little courtroom drama. His favorite films include Escape from New York, the Goonies and anything with Alyssa Milano. When he’s not praising Kurt Russell as the greatest actor of our time or scratching his head over a David Lynch flick, he’s spending time at home in Texas with his lovely wife, Lori and his amazing son. How they put up with him is a mystery, but even Basil Rathbone doesn’t have the time to solve that one.
Dare to Play the Game Defying Gravity: The Complete First Season