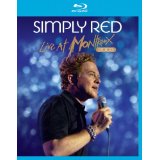 Hi, this is Casey Casem (play along, alright) and welcome to American Top 40. Michael “Mick” Hucknall was often made fun of due to his red locks in Lancashire, England as a young boy. Little did those children know that Mick would use that to propel himself into a music career at just eighteen years old with the Frantic Elevators during the 1970’s. That was the start of a very fruitful music career for Mr. Hucknall. This long distance dedication goes out to Eddie in Tuscaloosa, Mississippi celebrating his 84th birthday today and here is “Holding Back the Years” by the band known as Simply Red.

Simply Red has always been one man’s brainchild and that was Mick Hucknall. It is said that in 1976 when he watched a Sex Pistols gig in Manchester that well that led to the formation of his first group known as the Frantic Elevators which debuted in 1977. That band would actually last for about seven years until they broke up in 1984. The punk band never really caught attention and was only liked by the locals that saw the band perform. However, before they split up, they released a very important song by the name of “Holding Back the Years”.

The name Simply Red took shape in 1985 when a manger got confused about the band’s name (which was just “Red” at the time). When Hucknall was asked about the band, he replied the band’s name was “Red, simply Red” and it stuck. Their debut album, Picture Book would be released in 1985. Their first single was “Money’s Too Tight (To Mention)” which would become a top twenty hit in the UK, Ireland, New Zealand, and Italy. It would also chart in the United States as well. But real notoriety would take shape when they re-released “Holding Back the Years” as a soulful ballad.

The song would have the unique distinction of charting on the US Billboard Hot 100 at number one while on the UK Singles Chart, it would only reach to number two. It would be one of only two songs to chart at number one for the US (the other was a cover of “If You Don’t Know Me By Now” by Harold Melvin & the Blue Notes). It would propel the album into Platinum status in the UK (5 times there), US, Netherlands, and Sweden but there would be many platinum albums to follow for Mick Hucknall and this young band.

Fast forward a bit to the late 1980’s and early 1990’s. Simply Red’s best selling albums would be released in this time frame, “A New Flame” and “Stars”. Two important songs would be released on “A New Flame” which included “It’s Only Love” and the cover “IF You Don’t Know Me By Now”. It would propel them to 7x Platinum in the UK alone and Platinum just about everyplace else except for the US which only got Gold. (which oddly enough Platinum in other countries is usually less than Gold in the US).

“Stars” would follow with even greater success going over 12x Platinum in the UK behind the hits of “Something Got Me Started”, “Stars” and “For Your Babies”. It would go on to become the sixth best selling album of all time in the UK. In fact, it was even the best selling album in the UK for two straight years (1991 and 1992). Success would follow in the rest of the 90’s with “Life”, “Blue” and even their first Greatest Hits album (which was supposedly done without the consent of Hucknall). In 1999, they were dropped from their label after a disappointing “Love and the Russian Winter.”

Mick Hucknall decided to do what a lot of bands end up doing, going independent. He launched simplyred.com and released his own album in 2003 under the title “Home”. It was a mixture of original songs and covers. It would go on to have three singles in the UK top 25 and go double platinum in the UK. On July 15th, 2003 as a part of the Montreux Jazz Festival, Simply Red (frequent visitors to the festival) played a very fulfilling and lively performance for all to enjoy.

This is a very nice set of songs and the thing I noticed immediately that the songs broke across quite a few genres. The general sentiment is Simply Red is poppy, bluesy gentle rock. Actually, ask most people who are aware of the band and they probably do not see any rock at all. Instead I saw everything from blues to pop to commercial rock to even something a little harder depending on Mick’s mood. He might bring out the acoustic guitar for “Holding Back the Years” but he’s ready to rock out right after to “Money’s Too Tight To Mention.”

The songs are also well mixed meaning if there is a low point or two, then the next song will be right there to pick you back up. Most people who have listened to 80’s and early 90’s music will remember quite a few of these tunes without even realizing it. What is better is that the songs that one does not readily recognize are eager to be enjoyed all that much more. But then there is the 2010 bonus performance which misses a step or two.

2010 represented the last tour that Mick and Simply Red would do. To be honest, in 2003, he looks youthful and full of life. Fast forward seven years and he looks a little haggard and while his voice is still excellent, there is something missing. Even though they are back at the same Jazz Festival, it does not feel the same nor has the same range as the earlier performance. What I did like was that it included seven songs that I had not heard live before and while these lie more on the “B” side, they were still peaceful songs to listen to.

The video is in 1.78:1 widescreen presentation in 1080i resolution. Despite the darkened atmosphere, you can still easily see every detail in Mick Hucknall’s face (for better or for worse) along with the rest of the band. There is a lot to look at but much like the concert, this basically fades into the background as the swaying music takes over. Flesh tones look very accurate, it is just not going to be very busy or show us a lot of depth. The 2003 and 2010 concerts hardly have any difference in quality.

For the audio portion, we get a 5.1 English DTS-HD track (5.1 Dolby Digital and PCM 2.0 tracks also included). It is Eagle Rock and we come to expect loud and wonderful clarity tracks. We get both. But there is a subtle beauty underneath this music that makes this the near perfect accompaniment to a friendly gathering. Music is on spot and makes use of surrounds, but I did notice that when Mick talks, some of the words can get lost from time to time. Subtitles are not included.

Simply Red’s last tour as mentioned above was in 2010. Mick Hucknall still loves making music but after twenty five years, it was perhaps time to call it quits. A lot of artists try to make it into their 60’s but he had the decency to get out in his early 50’s while he was still very good. The 2003 concert represents him at his very best. He looks motivated, does songs that expand across plenty of genres and looks to be genuinely having fun. The 2010 extra songs are a nice little bonus but alas it does not seem quite the same Mick.

The disc is excellent technically. The video is on the mark and the audio as always top notch and perfect for the reference library, no matter which function. The package is not perfect, but it is certainly solid. Most fans will snatch this up and those who are looking for something lighter but full of body can find a lot to listen to here. Easy to recommend and for those who enjoy the music, there are plenty of cds to purchase also on Amazon (right now, you can also snatch up their greatest hits (25 songs)on MP3 download for a mere $5). Listen well, listen often.

Michael Durr has been reviewing movies for the better part of fifteen years now. He primarily enjoys thrillers, sci-fi, animation and even a little courtroom drama. His favorite films include Escape from New York, the Goonies and anything with Alyssa Milano. When he’s not praising Kurt Russell as the greatest actor of our time or scratching his head over a David Lynch flick, he’s spending time at home in Texas with his lovely wife, Lori and his amazing son. How they put up with him is a mystery, but even Basil Rathbone doesn’t have the time to solve that one.
Dark Blue: The Complete Second Season The Red House