Posted in: Disc Reviews by Jeremy Butler on January 10th, 2014 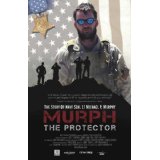 “Put it this way– Mikey was the best officer I ever knew; An iron-souled warrior of colossal and almost unbelievable courage in the face of the enemy.”

That is a direct quote from the novel Lone Survivor and redelivered from the lips of the former president of the United States of America, George Bush. Lt. Michael P. Murphy: that is a name that has been heard more and more with the passing weeks. Surely by now we all have a moderate idea (though I hope it is more than moderate) of the man behind the name. If not, allow me the privilege of enlightening you a bit. Lt. Murphy was the leader of the four man Seal team that took part in Operation Red Wings; he is most notable for sacrificing himself to protect his men of which there was only one survivor, Marcus Luttrell, author of the book Lone Survivor; a book which has recently become a blockbuster movie.

Recently it was with great honor that I was able to review the film which detailed Lt. Murphy’s final mission, and as it would appear I have been honored again with being able to review the documentary that will better illustrate the full life of this war hero and Congressional Medal of Honor recipient. In the 76-minute documentary, the audience will be shown that Lt. Murphy’s final act of heroism was not a one-time thing, but the action of man with a long history of protecting others no matter the cost.

From the very beginning of the documentary the people closest to the fallen hero including his mother, Maureen Murphy, and other friends and family,  recount stories and render opinions about the protective nature that existed within the man and bestowed him with his rightful title of “protector.”

During the first part, we are given a sense of Lt. Murphy’s character through the eyes of the people who knew him the best: his family. His mother, brother, cousins, aunt, and uncle give example after example of his generosity and selflessness through the recounting of their experiences. It was during the portion I felt I received the clearest picture of Lt. Murphy at his core, because it is here that we learn about his motivations and the things that he held dear. Family clearly was of great importance to him, as a cousin who eventually came to stay with him mentions how he selflessly relinquished his room to her. Another thing he loved was sports; his family makes great mention of his love to play sports and his sportsmanship; detailing a time where he lost his position on the football team, and instead of making a fuss, he took it upon himself to mentor the boy who took his spot.

The next section included more details and interviews from his friends, his oldest friends who he spent a great deal of time with during their time acting as lifeguards. The friends tell of his chivalry through a recounting of story where he rallied all his friends to assist the only girl beach attendant in her duties of cleaning up the beach without the girl ever even needing to ask for help. In this section, we are also shown his humility as Michael continued to be a good big brother despite having relocated to Penn State; his mother talks about how he would often bring his brother up to campus for a week at a time despite a ten-year age difference. It is also after college that we are given the first insight into Lt. Murphy’s decision to become a Navy Seal.

By the midway point, we are brought into Operation Red Wings. Not a lot of detail is given beforehand about the mission; it may have been beneficial to give some more information; however, I also understand the need for discretion given the highly classified nature of the operation. By the time we are brought into this point, the focus is on Lt. Murphy and his men being ambushed. It was at this point that I started to feel dread, because given that these are events that have already transpired, you know the outcome, but at this point I had been given the best possible sense of the kind of man Lt. Murphy was, and I had grown to value the qualities that he possessed, and he was a man the world will be darker without.

The final act is the most tragic of the film as word reached the family of their loss. When word comes down, the account is retold by his mother, and one must admire the way that she held it together and helped as the rest of the family fell apart. The story doesn’t end with the news of our hero’s demise; we get hear about the funeral service and the respect paid to him by other veterans, the president, and the people who loved him most. The most significant point came when the parents were at their son’s gravesite and they received a final message from their son. Moving is the only way to describe this final section of the documentary, a fitting conclusion to a worthwhile and significant documentary.

Murph The Protector was presented in the aspect ratio of 1.78:1. The 1080p image is arrived at with an AVC MPEG-4 codec. A majority of the information presented in the documentary is presented through the firsthand account interview method with friends and family which ultimately means a backdrop; however, the film also presents a fair share of still photography and family archival footage, and that gives great contrast as though the photos have been enhanced a bit to fit the documentary; they as well as the footage maintain their original grain and texture, thus presenting us with authenticity; the best illustration of this was the recorded footage of a football game Lt. Murphy took part in.

The interview portions as I mentioned mainly consisted of the same backdrop, but not always; there were a few instances where the interviewee was in a room with the background slightly blurred so as to not take focus away from the important information we are being given. The interviews are where we receive the most detail; picture quality is excellent and very clear as every line on the interviewee’s face is discernible.

The DTS-HD Master Audio 2.0 served the documentary well and is mainly for the interview purposes. There was no surround sound, so there was an immersive sound provided; however, the interviews are very clear and discernible and do not require excessive cranking up of the volume, making up the difference and holding your attention. However, there instances where the narration of the interviews is blown out by the background music, but the instances are few, and other than that the entire audio track is mixed quite well.

No Special Features were included with this disc.

This without question was a story that needed to be told. Lone Survivor will tell the story of his as well as his team’s final acts, but it was even more important to have something that would give a sense of the individual’s entire life and what brought him to that point in his life, and now we have it.

Jeremy Butler is a film school graduate of the International Academy of Design and Technology. He is been writing for Upcomingdiscs since 2012; however, movies have played a big part of his life for much longer. Favorite genres include horror, science fiction/fantasy, and comedy. Favorite movies are V for Vendetta, Boondocks Saints, Kiss Kiss Bang Bang, and The Godfather.
August: Osage County Lone Survivor