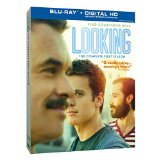 The most remarkable thing about Looking might be how thoroughly unremarkable it is. This is a double-edged sword for HBO’s dramedy, which follows the love lives of three gay friends living in modern-day San Francisco. The series sidesteps the headline-grabbing sensationalism that accompanies many other shows that prominently feature gay characters. (Looking at you, Ryan Murphy.) On the other hand, Looking is often low-key to the point that it bypasses being funny or particularly entertaining. What the series does have on its side is a naturalistic tone that makes the show more engrossing and immersive as the first season progresses.

Looking follows the lives of Patrick (Jonathan Groff), a lovelorn, 29-year-old video game level designer; Agustin (Frankie J. Alvarez), a 31-year-old artist’s assistant — and a frustrated artist himself — in a committed relationship; and Dom (Murray Bartlett), a 39-year-old waiter with a preference for younger guys who is at a personal and professional crossroads in his life. The series opens with Patrick bumbling his way through an anonymous sexual encounter in a park before going on a disastrous first date with a different guy, Agustin deciding to move in with boyfriend Frank (O.T. Fagbenle), and Murray mulling over a career move away from the food industry and into real estate.

With only eight episodes in this first season, the show doesn’t deviate too far from the template established in the pilot. Patrick eventually connects with a guy he doesn’t immediately chase away in Richie (Raul Castillo) — a gentle, unambitious barber — but later finds himself drawn to new boss Kevin (Russell Tovey), who is in a long-distance relationship. Agustin quickly becomes wary of domesticity and enters into a potentially-troublesome art project with a male escort. Meanwhile, Dom decides to pursue his dream of opening his own Portuguese chicken restaurant with the help and support of handsome, older entrepreneur Lynn (Scott Bakula).

Looking is created by Michael Lannan, who based the series on his own 2011 short film Lorimer. (Which also featured Castillo as a character named Richie.) The show brings a mumblecore sensibility — characterized by lower budgets and naturalism in its dialogue and presentation — to the small screen. Co-producer/co-writer Andrew Haigh, who also directed five of the first season’s eight episodes (including the tone-setting pilot), cited mumblecore as an inspiration for his 2011 film Weekend, while noted mumblecore practitioner Joe Swanberg directed another.

It’s a pretty good fit of style and material given that mumblecore stories often track the lives of single characters in their 20’s and 30’s. As a result, the show is also able to seamlessly incorporate dating sites like OkCupid and gay hookup app Grindr into its plots charting the modern dating scene. With its frank, graphic sex talk and prominent urban setting — even sex workers have matte finish business cards — Looking has been called a “gay Sex and the City.” (Well, a gayer, Sex and the City anyway.) Of course, this show (intentionally) eschews the sizzle and pop of that previous HBO iconic hit.

The less glossy, more warts-and-all presentation of Looking also leads to a good amount of frustration involving the characters. Simply put, the three main characters are often a smug, self-involved bunch, which has also resulted in the show drawing comparisons to HBO’s Girls. The difference is the latter show has (for better and worse) a much stronger, central storytelling voice in Lena Dunham, who tends to inspire either intense devotion or intense dislike. Comparatively, the self-absorption of Looking is more likely to inspire you to check your emails or wonder what else is on rather than pay attention to the show.

It’s no accident that two of the most popular characters — Richie and Lynn — are outsiders that magnify the main trio’s negative qualities. Castillo brings a soulfulness that balances Groff’s sweet, desperate skittishness as Patrick. The pair star in one of the season’s highlights, the Before Sunrise/Sunset-esque fifth episode “Looking for the Future.” Meanwhile, Bakula’s calming, assured presence instantly makes Bartlett’s Dom seem more mature. Unfortunately the adrift, judgmental Agustin largely remains a dud throughout the season.

Season 1 ends, not surprisingly, with several relationships up in the air. Some pairs break up and others take a tentative step forward. To be honest, I was a little surprised by how invested I was in some of these connections by the time the finale wrapped up with a sweet nod to The Golden Girls. Despite lacking a strong storytelling hook or any true watercooler moments, this show might get under your skin when you’re not looking.

Looking: The Complete First Season is presented in its original aspect ratio of 1.78:1. The 1080p image is arrived at with an AVC MPEG-4 codec at an average of 23 mbps. Another mumblecore characteristic is the use of real-life settings, and Looking takes advantage of that as well as any recent show I’ve seen. (Even the establishing shots of various San Fran locales are vibrant and gorgeous.) Cinematographer Reed Morano favors a lot of natural lighting, which results in some richly darkened interiors and interesting shadow effects on actors’ faces. Thankfully, the black levels on this HBO release are spot-on. The show also employs a muted, slightly grayer palette that separates Looking from sunnier, L.A.-set series. Overall, this Blu-ray release makes a strong case for — and brings out the richness of — naturalistic filmmaking in television.

The DTS-HD Master Audio 5.1 track is dialogue-heavy, with the words being largely isolated to the front speakers. In fact, there’s a clear separation between the dialogue and the city/ambient noises that take up space in the rears. (Looking features frequent outdoor sequences.) Subs thump to life in a dynamic way during any scene that features club music; there’s a nice, subtle effect of the music getting softer if it’s coming from another room and louder if someone opens a door to that room. Not a show-off track by any means, but absolutely as vibrant as the city where the show is set.

Audio Commentaries with Cast and Crew: There are six tracks in all — for Eps. 1, 2, 4, 5, 7, 8 — with frequent appearances by Haigh, Lannan, Groff and other cast members. They are generally funny, rollicking conversations with plenty of naughty talk (the participants ogle the actors and the creators discuss the stuff HBO wouldn’t let them show), trivia (Haigh cameos as the guy Patrick is trying to hook up with in the park during the pilot), and production detail (the real-life San Francisco locations used in the show, including cruising spots).

The second season of Looking premieres Jan. 11 alongside Girls and new series Togetherness, created by brothers-in-mumblecore Jay and Mark Duplass. Castillo, Tovey, and scene-stealer Lauren Weedman (as Dom’s no-nonsense friend Doris) have been promoted to series regulars, which seems like an acknowledgment that the main trio needed some reinforcements in terms of livening things up.