Posted in: Disc Reviews by Gino Sassani on March 4th, 2016 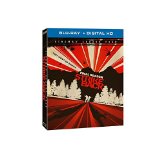 That’s exactly what we’re talking about here. It’s the last mission for our brave Section 20 team. Strike Back follows the exploits that elite and secret British military team called Section 20. On paper they do not exist, but they’ve got all the best new high-tech toys, and they’re going to need every one of them. But after this season they will no longer exist. This is the fourth and final season of Strike Back. It’s time to say goodbye, but there’s a farewell party planned, and this release is it. Let me assure you that Strike Back is going out with a bang… literally.

The two main members of the team are Michael Stonebridge, played by Philip Winchester. He’s the veteran of the team and a former member of the British military community. Damien Scott was the newcomer in the first season. He was a damaged military guy who was a bit disgraced and run out. Recruited by Section 20, he has managed to prove himself and is at the top of his game. He’s played by Sullivan Stapleton. The two actors appear to have become fast buddies, as evidenced by their playful banter in the behind-the-scenes shorts. This has translated to one of the show’s greatest strengths on the screen. They work quite well together and are a force to be reckoned with in more ways than their characters’ lethal abilities.

It all starts with the kidnapping of a British ambassador’s daughter while he’s attending a nuclear weapons summit in Thailand. The team is not able to rescue the girl before the ambassador is forced to make a pretty horrid decision. It all ends in an explosive finish, and that’s just the first episode. Before you know it Section 20 is dealing with North Korean terrorists, a crime syndicate called Office 39, a huge meth operation, and even betrayal from within. Having your name in the opening credits is no promise that you’ll survive the season.  And there will be losses. That’s always been true here, but it’s never been more true than in the final season. There’s no tomorrow, so absolutely no one is safe.

The globetrotting continues as the action takes us from Thailand to Russia and Switzerland and into the heart of the demon itself, North Korea, where Damien and Michael have to take on an entire army. To make it worse, they’ve kidnapped Damien’s estranged son, Finn (Antidormi) and are using him to get a video confession from the duo.

It’s a huge season for Robson Green, who plays team leader Lt. Col. Philip Locke. He confronts the man who killed his son years earlier and learns a rather startling truth about the hit and who ordered it. More important is the who.

I’ve always remarked here about the show’s strong female leads. This year we have a Russian connection that brings back Tereza Srbova as Nina Pirogova. We also get a pretty formidable villain in Li-Na, played by Michelle Yeoh. She’s got big plans and a nuke to back them up. She’s so tough even her own people don’t want any part of the plan.

The Asian bad guys mean there’s some nice martial arts action here. But make no mistake, the real action has always been and continues to be the firepower. The assault rifle rounds are astounding, as is the body count. If you are worried it would decline in the show’s final hours, think again. The finale is a powerful one, indeed. Think Bolivia. Film fans will understand my meaning here.

There’s some real talent in the cinematography and editing. You get the sense that you’re boots-on-the-ground during the action. The camera takes you to eye level, and the production values are high enough to sell it all. Need a breath? You get one when the characters do, and the show can actually feel a bit fatiguing at times. It’s obvious how much more an organization like Cinemax can bring to this kind of series that network productions just can’t match. You couldn’t do this on NBC or the others, and it would be best they not even try. The closest I’ve seen to this kind of show was The Unit, another very good show that did appear on network television. But even The Unit couldn’t touch this kind of action. Fans of that show will particularly love this one. It’s what that show would’ve been with this kind of a budget. This season returns all of those elements you’ve come to expect from Strike Back. The bullets fly, and cars get chased. It’s nonstop action few television shows could hope to match.

Commentaries and short behind-the-scenes features for many episodes (about 2-3 minutes each).

I’m really going to miss this show. Production values on cable shows have been getting better all of the time, so that part isn’t so unique anymore. The level of action and firepower hasn’t been matched yet on any series I’ve seen to date. It put Cinemax on the map with the other premium networks for scripted series. This is a nice show to have on Blu-ray with only one downside that I can see. “As of now Section 20 is officially disbanded.”

Gino Sassani is a member of the Southeastern Film Critic's Association (SEFCA). He is a film and television critic based in Tampa, Florida. He's also the Senior Editor here at Upcomingdiscs. Gino started reviewing films in the early 1990's as a segment of his local television show Focus. He's an award-winning recording artist for Omega Records. Gino is currently working on his 8th album Merchants & Mercenaries. Gino took over Upcomingdiscs Dec 1, 2008. He works out of a home theater he calls The Reel World. Favorite films: The Godfather, The Godfather Part II, The Body Snatcher (Val Lewton film with Karloff and Lugosi, not the pod people film), Unforgiven, Gladiator, The Lion King, Jaws, Son Of Frankenstein, The Good, The Bad And The Ugly, and Monsters, Inc.
Weaponized (Blu-ray) Mountain Men Season 4