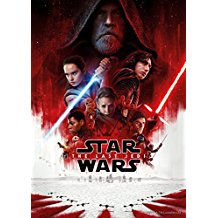 It was exactly 40 years ago that we first saw those words flash across the screen. Star Wars was born, and it has become one of the most enduring franchises in film history. The franchise survived a long drought when it didn’t seem likely we would ever see those words again. The franchise survived the throes of George Lucas, who created it all and then went a little rogue when he finally did follow up his iconic trilogy. If The Last Jedi and the two previous films are any measurement at all, the best thing George Lucas ever did for the universe he created was to give it up. Of course, I wouldn’t necessarily call $4 billion quite giving it up. Since then he’s been a bit critical of the path Disney has taken and feeling somewhat left out of the decision process and has openly shown concern for his child under the Disney flag. And after the soap opera that has become the Han Solo film, the fans were getting a little worried as well. It’s still too early to know what will become of that particular journey, but that’s next year’s concern. For now just sit back and revel in Star Wars: The Last Jedi.

“Permission to jump in an X-wing and blow something up.”

The film picks up exactly where we left things. Rey (Ridley) has found Luke Skywalker (Hamill) living the hermit’s life on an island on a distant planet. Luke has withdrawn from the galaxy that he helped save countless times. But he is needed once more. Rey has come to learn the ways of the Jedi, much as a young Luke once sought out the Jedi master Yoda. But she also has word from Luke’s sister Leia (Fisher). The galaxy is once again in need of saving. The New Order has replaced the old empire, and it is run ruthlessly by Supreme Leader Snoke (Serkis). Of course, there is also the Supreme Leader’s “apprentice” and the bitter son of Han Solo and Leia, Kylo Ren (Driver). There’s also Kylo Ren’s rival for the favor of the Supreme Leader, General Hux (Gleeson). There is no shortage of villains. But Luke is a reluctant teacher and even more reluctant hero. It might just be up to others to save the day this time.

The Rebellion is not short of heroes and possible saviors either. In addition to the determined Rey, there is Poe (Isaac) who has a disregard for the rules and a taste for cutting it close that you might recall from a certain spice smuggler. Along with his own droid, Poe is a combination Han Solo and young Skywalker who gets results, but his recklessness does not find him in the favor he feels he deserves with the Rebellion leadership. That leadership includes another strong female leader who, at times steps into the shoes of Leia. Laura Dern plays Vice Admiral Amilyn Holdo. Holdo and Poe find themselves butting heads. Finn (Boyega) has just awakened from the injuries he suffered in last film. He also has a heroic destiny and a few debts he’d like to repay from his days as a stormtrooper. Of course, it’s all leading to the classic showdown of power and more than a few surprises along the way.

In addition to the characters established two years ago, there are a few nice new faces and characters to be found here. Benicio Del Toro steals every one of the few scenes he’s in as DJ. He’s a rather carefree character who gets roped into the adventure in much the same way Solo did years ago. There’s some evidence that his character is somewhat of the next generation of Solo. Del Toro delivers a perfect deadpan roguishness that makes him easily as compelling as the more exotic and even long-beloved characters. Honestly, he’s underused. Laura Dern is a bit enigmatic as Holdo and delivers perhaps her strongest performance since a certain little dinosaur film she did years ago. Serkis is once again golden in his motion-capture performance and voice of Snoke. What can I say that hasn’t already been acclaimed about his talents in that regard? Snoke is as real a villain as the emperor was in the original trilogy.

If you liked The Force Awakens, you will like The Last Jedi for many of the same reasons. Rian Johnson picks up perfectly were JJ left off. It’s a seamless transition. Johnson also picks up on many beats from the original trilogy just as JJ did the first time around. You will find many familiar moments between Snoke and Kylo Ren, even if the results are dramatically different this time around. Once again there are moments revisited from those original films in emotional beats that serve as heartfelt for both characters on the screen and the audience watching. There is again a filmic quality that makes this so much more a part of the first three films than Lucas’s second trilogy ever did. There’s plenty of heart in these characters, and the story is about them and not the spectacular visuals. Lucas began to see his films as show-off platforms for all the magic he could perform in his computers. These new films return to the idea that the magic lies in the characters and their stories. The biggest complaints will, once again, be that there are a lot of elements that directly harken back to the first films. I’m OK with that.

Then there’s the long-anticipated return of Mark Hamill after getting only a tease two years ago. Hamill has gone on record saying that this was not how he saw Luke Skywalker all of these years later. To his credit, he agreed to go along for the ride and cooperate with Johnson’s vision. The result is something special. Without revealing Luke’s arc here, the one thing I can assure you is that this won’t go where you expect it to go. This Luke reminds me of an aging rock star who knows his best years are behind him. He’s dealt with being considered a savior, and now he sees all of it from a very different place. There’s a reunion with Chewie that’s sure to bring an emotional response to the 40-year fans. He doesn’t dominate the film, but this is as much his story as anyone else’s.

Star Wars: The Last Jedi is presented in its original aspect ratio of 2.39:1. The 1080p image is arrived at with an AVC MPEG-4 codec at an average 30-35 mbps. The high-definition image presentation is likely not near the equipment show-off piece the 4K release must be. We only had this disc for review. Rian Johnson did well to follow in JJ’s footsteps by also using film to make this movie. Whatever you might think of the film itself, it not only looks quite good, but it matches well with the original trilogy and the Episode VII. Black levels and contrast are the real story here. I love it when you can have an inky black background populated with bright pinpoints of light in the stars. Colors flash. The salt flats again use contrast and then vivid color with the white surface and deep red sub-surface. Bright and colorful explosions are a trademark of the franchise, and they do not disappoint here. Close-ups reveal nice detail, particularly with the elder Luke. The heavy use of practical effects also lends that feeling of something actually being there, because… well… it is.

The DTS-HD Master Audio 7.1 is everything you can expect it to be. Surrounds deliver wonderful zings and flashes of lasers. Johnson works in as many of the familiar sounds as possible from the zoom of passing ships at high velocity to the comfortable “speech” of R2D2 and BB8. Dialog cuts through it all including more majestic music from John Williams. The subs deliver the explosions with a little extra flair. It’s all nice and clean and every bit as immersive as the previous films.

All of the extras are found on a separate disc which allows for plenty of extras without sacrificing bit-rate on the feature.

The Director And The Jedi: (1:35:21) This feature-length behind-the-scenes piece pretty much covers it all. It begins with the wrap party and takes us through the production, mostly through the eyes of Rian Johnson. I was glad to see the feature didn’t shy away from Hamill’s rather public criticisms of his character. The entire cast and crew participate, and this one feels more intimate than most of these features tend to feel. It’s all here from conceptual art, f/x tests, casting, story meetings, stunt choreography, set construction, creatures, and much more.

Balance Of The Force: (10:17) A very subdued Rian Johnson tells us what he believes the force is and then demonstrates how he intended to present the concepts through the characters and story.

Scene Breakdowns: (33:00) Three of the film’s scenes are broken down with specific features. There is a handy play-all. You get to see parts of these scenes from concept to various tests and ideas, including many that were abandoned along the way. You get to see Andy Serkis doing his motion capture performance for Snook.

Andy Serkis! (One Night Only): (5:48) This is a nice feature showing us Andy’s performance with Rey in the motion-capture gear. The man is a true artist.

Deleted Scenes: (23:02) There is an intro with Rian Johnson and also an optional commentary. There are 15 scenes in various stages of f/x production. There is also a play-all option. The last scene is less a deleted scene and more of a montage of the “creatures” in the casino.

Of course, this will be the last we’ll see of Leia, at least to this extent. She did film some of the next one, but it’s not known if any of it will be used at this point. It’s a little hard not to take in her performance with stark reality always there in your mind. I can’t be sure if any of that colored my feelings at all, but I believe this was as emotional a Leia as we’ve ever really seen. Her moments on screen are to be treasured and serve as a reminder that we are nearing the end of this particular story. There is some closure to be found here for many of these characters as something new is being set up by the time the end credits roll. Certainly, after 40 years, I left this screening feeling like I was a part of something. I can’t tell you a lot more about this particular story, only that “This is not going to go the way you think.”

Gino Sassani is a member of the Southeastern Film Critic's Association (SEFCA). He is a film and television critic based in Tampa, Florida. He's also the Senior Editor here at Upcomingdiscs. Gino started reviewing films in the early 1990's as a segment of his local television show Focus. He's an award-winning recording artist for Omega Records. Gino is currently working on his 8th album Merchants & Mercenaries. Gino took over Upcomingdiscs Dec 1, 2008. He works out of a home theater he calls The Reel World. Favorite films: The Godfather, The Godfather Part II, The Body Snatcher (Val Lewton film with Karloff and Lugosi, not the pod people film), Unforgiven, Gladiator, The Lion King, Jaws, Son Of Frankenstein, The Good, The Bad And The Ugly, and Monsters, Inc.
Exclusive Interview With Ryan Justice, Director Of Followers Archer Season 8: Dreamland