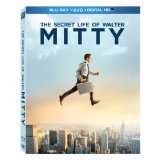 “Have you done anything noteworthy or mentionable?”

It’s the sort of question that can easily apply to either your workday or your life as a whole. It’s also the question actor/producer/director Ben Stiller chose as the basis of his inspirational adaptation of The Secret Life of Walter Mitty. The original short story by James Thurber is less than five pages long, so a filmmaker has the option of going to any number of fascinating places in bringing Thurber’s tale to the big screen. Stiller, in essence, decided to take the scenic route.

“The Secret Life of Walter Mitty” was first published in The New Yorker in 1939. The title character is a mild-mannered man who regularly retreats into adventure-filled fantasies during a shopping trip with his nagging, overbearing wife. The term “Mittyesque” has even entered the lexicon and become shorthand for a feeble daydreamer with an active imagination. Even though the original story was published during the relative infancy of movies, the potential for a thrilling Hollywood production was obvious.

And, not surprisingly, it only took Hollywood less than a decade to follow suit. In 1947, Danny Kaye starred in a film version of Mitty that retained bits of the original story but was largely tailored to fit its star’s song-and-dance talents. (Thurber reportedly strongly disliked the movie and referred to it as “The Public Life of Danny Kaye.”) The author’s opinion aside, the movie is generally well-liked but certainly not considered some sort of untouchable classic. So I’m surprised it took more than 60 years for another film version of Mitty to find its way to multiplexes, especially when you consider the leaps and bounds during that span in special effects wizardry that could help bring the character’s fantasies to life.

It wasn’t for lack of trying. Over the years, heavy hitters like Steven Spielberg, Ron Howard, and Gore Verbinsky have been attached to direct a Mitty movie with stars like Jim Carrey, Mike Myers, Owen Wilson, and Sacha Baron Cohen attached to the title role. When you consider the revolving door of stars and directors, I suppose it makes sense that one guy wound up taking on both jobs.

Stiller stars as Mitty, a “negative assets manager” for Life magazine. (That’s a fancy of saying he oversees the magazine’s photo archives.) We meet Walter as he tries to set up an eHarmony dating profile so he can electronically flirt with pretty new co-worker Cheryl (Kristen Wiig). Unfortunately, fictional movie magazines are doing as poorly as real-life magazines. (Though seemingly at a slower rate.) It is soon announced that Life will cease its print publication and move online, with the shift being overseen by transition manager Ted (Adam Scott, spectacularly jerky).

Meanwhile, star photojournalist Sean O’Connell (Sean Penn) has sent Walter his latest batch of negatives for the magazine. O’Connell also included a note suggesting that “negative 25” be used for the cover of Life’s final print issue because it captures the “quintessence of life.” The problem is negative 25 is missing, which puts Walter’s job in jeopardy and sends him on a round-the-world trip to locate O’Connell and figure out what was in that picture.

It seems like simply having the character work at Life magazine unlocked a lot of the barriers with bringing Walter Mitty back to the big screen. The inherent irony of this Walter working at Life without having much of one himself is easy enough to spot. The script — courtesy of Steve Conrad (The Pursuit of Happyness) — even comes up with a (fictional) motto for Life that serves to propel our hero forward. Walter’s job here even (flimsily) connects the new film to the Kaye version, in which Mitty also worked as a put-upon employee at a big publication.

But that’s really where this movie’s similarities with the original source material — both the short story and the previous film — end. I think it’s most accurate to say Stiller’s movie is more “Inspired by” Thurber’s original work than it is “Based on” anything else.

The first half of the film serves as a showcase for what technology can do in the 2010s vs the 1940s. Where Thurber had two of Mitty’s fantasies directly evoke war imagery — the short story was published in the years leading up to World War II — Stiller stages what amounts to amusing parodies of adrenalized action sequences. The most ambitious of the bunch is a fight between Walter and Ted that begins in a high-rise and ends with both men skiing though New York’s concrete streets fighting over a Stretch Armstrong doll. (Meanwhile, the most perplexing of the bunch is a random riff on The Curious Case of Benjamin Button.)

As a performer, Stiller mostly shifts between two gears: hapless Everyman (Meet the Parents, There’s Something About Mary, Along Came Polly) and cocky knucklehead (Zoolander, Dodgeball, Starsky and Hutch). In theory, these fantasy sequences allow Stiller to play to both his strengths. Instead, the actor ends up splitting the difference, making for a surprisingly ineffectual performance. I did enjoy his easygoing chemistry with Wiig, though I generally find it refreshing when the talented actress plays something other than a broad caricature. Scott — sporting a ludicrously-dark beard — makes for a great foil, while Penn’s on-screen work amounts to a featured cameo, although his specter hovers over the entire film. Shirley MacLaine also appears as Walter’s mom Edna. Early on, we see the extent to which Walter supports his mom; in a few brief scenes, MacClaine manages to convey some of the ways Edna returns the favor.

The character also serves as a convenient way of keeping our hero on his path. Walter’s search for O’Connell comprises the second half of the film, and it is aesthetically stunning to look at. I’ve been impressed with Stiller’s work as a director — particularly his last effort, 2008’s Tropic Thunder — but with Mitty he really set out to prove what he could do as a visual storyteller. The film features clever title cards and breathtaking cinematography from Stuart Dryburgh as Walter’s search for negative 25 takes him to Greenland, Iceland, and Afghanistan.

Unfortunately, the heartfelt, well-meaning script doesn’t quite match the level of the stunning visuals we’re seeing. In case we were having trouble keeping up with his character’s growth, Walter gets a series of improbable phone calls from an eHarmony employee (Patton Oswalt) who wants to spruce up his profile. More importantly, this film trades the original story’s playfulness and biting wit for sentimentality that doesn’t feel fully earned.

Early on it is strongly implied that this version of Mitty used to be much livelier, but lost his zeal for life along the way. The movie is a whimsical, yet ultimately conventional telling of how Walter rediscovers that side of himself. It’s a perfectly fine, audience-friendly way to go, especially when you consider this movie opened in theaters on Christmas Day. To me, the story of Walter Mitty suggests a much more intriguing idea (that this film almost entirely ignores): most of us are not as interesting as we imagine ourselves to be.

The Secret Life of Walter Mitty is presented in its original aspect ratio of 2.40:1. The 1080p image is arrived at with an AVC MPEG-4 codec at an average of 29 mbps. The very best thing about Walter Mitty is how fantastic the movie looks, and this Blu-ray from Fox bangs that point home in a magnificent way. This image has everything; there’s rich, exacting detail in close-ups contrasted with flawless, textured panoramas from Walter’s travels. The sterile, drab office scenes are given as much care as the otherworldly Icelandic landscapes. (There are even pleasing pops of color in this chilly atmosphere, for good measure.) The top-notch visual quality extends to the ridiculous, kinetic fantasy sequences, which only enhances their intended phoniness. Simply put, this is a show-stopping image and a somewhat surprising showoff title for your HD TV.

The DTS-HD Master Audio 7.1 track is as exciting, dynamic and well-traveled (throughout the surround sound field) as Walter eventually becomes. Every channel explodes to life during Walter’s fantasy sequences, particularly an early scene involving a burning building. It forces its way into our living rooms the same way the fantasy invades Walter’s mind. There’s excellent immersion on display that is much more subtle, particularly in the Life magazine office scenes. Once Walter sets off on his globe-trotting journey, the sound field is perpetually alive with ambient and atmospheric noise without feeling overly intrusive. The evocative score by Theodore Bishop — and the songs by Jose Gonzalez — also share sonic space with everything else on this perfectly-balanced track.

Deleted, Extended and Alternate Scenes: I thought “deleted”, “extended” and “alternate” were interchangeable terms here, but it turns out these are three separate files. There are five Deleted Scenes (7:30), including a couple of excised Mitty fantasies. Two Extended Scenes (4:33), include an even longer version of the Benjamin Button fantasy. Meanwhile, two Alternate Scenes (3:42) include more of Adam Scott’s jerky Ted. Each file includes a Play All option.

Behind the Scenes: I’m not really sure why these nine featurettes had to be split up, but they collectively comprise the best extra on this disc.

“The History of Walter Mitty” (3:39) puts the original short story in historical perspective.

“The Look of LIFE” (5:01) covers the movie’s mix of contemporary and period production design.

“That’s a Shark” (5:57) assures us that it was really Stiller flailing about in the North Sea for a key sequence.

“Icelandic Adventure” (3:26) reveals the country played itself in the film, as well as standing in for Greenland and Afghanistan.

“Titles of Walter Mitty” (2:49) has designer Kyle Cooper taking us behind the various concepts before filmmakers settled on the film’s colorful main title sequence.

“Sights and Sounds of Production” takes us on-set as Mitty skateboards through Iceland (2:23) and fights Ted (2:48).

Speaking of the Ted-Walter fight, we get a computer-generated Pre-Viz (4:15) that was even more elaborate than version in the film.

Gallery — Reference Photography: This photo gallery features images from around the world that inspired the look of the film. Unless you’re really into photography, you can skip this one.

Music Video — “Stay Alive” by Jose Gonzalez: (4:22) A cut (or two) above your typical music video tie-in because this one mirrors the look and mood of the film.

I still strongly believe that the combination of Thurber’s source material and an imaginative filmmaker can result in something special and magical that resonates for generations. Although I came away impressed with Stiller as a director, I just don’t feel like he got there with his take on Walter Mitty.

The good news is this is still feel-good, beautiful-looking movie (especially if you pick up the sensational Blu-ray) that can be enjoyed by the entire family.

Death Do Us Part Dom Hemingway