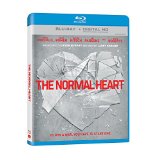 “Could you please reduce your level of hysteria?”

There is a lot of yelling and a lot of outrage in The Normal Heart. The film chronicles the confusing, terrifying onset of the HIV-AIDS crisis in the early 1980s and how a group of gay men (and one intrepid doctor) in New York fought to draw attention to the deadly disease. Their efforts are alternately frustrating and futile, which leads to a higher decibel level for much of the movie’s second half. Thankfully, The Normal Heart is shrewd enough to note that there’s more than one way to make a point. More importantly, the film does a strong job of illustrating the different ways the yelling and outrage were justified.

The Normal Heart is based on the autobiographical play of the same name by Larry Kramer, who also wrote the screenplay for this HBO adaptation. (The play was first staged Off Broadway in 1985; the most recent Broadway production took place in 2011.) As with last year’s Behind the Candelabra — directed by an Oscar winner (Steven Soderbergh) and starring two others (Michael Douglas and Matt Damon) — the gay subject matter likely made this project radioactive to any major movie studio. (It also doesn’t help that the material’s monologue-heavy stage origins are apparent throughout.) Fortunately, The Normal Heart found an ideal network and an even more ideal filmmaker in Ryan Murphy.

Obviously, the director-producer has always tackled LGBT issues in his TV work (Popular, Nip/Tuck, Glee, American Horror Story, The New Normal). However, Murphy’s broad/blunt-force approach to storytelling proved to be just as good of a match for the incendiary material. So did his willingness to let actors cut loose, which undoubtedly helped attract such a strong cast. (Six of the actors picked up Emmy nominations, as did Murphy’s direction and Kramer’s screenplay.)

Mark Ruffalo stars as Kramer stand-in Ned Weeks, an abrasive NYC-based Jewish writer. The movie opens in 1981 with Ned arriving at Fire Island for a raucous outing. Murphy stages the sequence with a visual verve and flair that immediately allows this version of The Normal Heart to stand apart from its stage predecessors. (Though, to be fair, that same verve and flair may be off-putting to some viewers.) One of the group’s younger members suddenly gets sick and dies. Ned consults no-nonsense Dr. Emma Brookner (Julia Roberts), who says she has seen an alarmingly high number of similar cases among gay men. (The mystery disease is initially referred to as a “rare cancer” before morphing into “gay cancer” and eventually “gay plague.”) Emma implores Ned to use his big mouth influence within the gay community to help raise awareness.

“That’s how I want to be remembered; as one of the men who won the war.”

The Normal Heart, on stage and on screen, touches on a lot of fascinating ideas that might otherwise get lost in all the bluster. Tragedies and indignities are vividly illustrated. The anger in the story is most apparent, but there’s also an unmistakable undercurrent of sadness. It’s probably best illustrated in Tommy’s monologue (which Parsons crushes) about all the great works of art that won’t be created because of lives that were cut short. There’s also the idea that expressing themselves through sex was disproportionately significant to gay men at the time, which accounted for their refusal to abstain.

Despite the fact that you wouldn’t like him when he’s angry, Ruffalo isn’t the most obvious choice to play a scream-y Jewish writer. But instead of proverbially playing to the balcony and going miles over-the-top, Ruffalo finds personal, emotional and intellectual hurt in Ned’s crusade. The rest of the cast is equally good. Dr. Emma’s polio-related paralysis does little to dim Roberts’ considerable screen presence, which she uses to amusingly cranky effect. It was also smart to cast an actor as handsome as Bomer, which makes his physical transformation more heartbreaking. Those three actors were nominated for Emmys, along with Parsons (terrifically reprising his role from the 2011 Broadway production and bringing much-needed doses of levity) Molina and Mantello. (They each get one killer scene/monologue to shine; Mantello played Ned on Broadway in 2011.)

The film doesn’t even bother pretending to be politically even-handed. The Normal Heart makes proxies for NYC’s “closeted mayor” and for a White House that is only concerned about AIDS if it can infect heterosexuals seem nearly as monstrous as the disease itself. (Those proxies are briefly and effectively played by a pair of strong actors in Denis O’Hare and Corey Stoll.) However, the movie offers enough variety, dimension and conflict within the gay characters who serve as the story’s focus to mostly make up for not presenting “both sides.”

The Normal Heart is presented in its original aspect ratio of 1.78:1. The 1080p image is arrived at with an AVC MPEG-4 codec at an average of 34 mbps. You wouldn’t necessarily expect a talky drama based on a nearly 30-year-old play to be a visual feast, but this Blu-ray reveals some dynamic, top-notch production values. The opening Fire Island sequence offers pleasingly warm flesh tones that turn chilly once the action moves inside stark hospitals and shabby conference rooms. The image occasionally shifts from its clean, textured HD baseline to an intentionally grainier, full-screen aspect ratio for Ned’s early 1980s talk show appearances. (And for a meeting between Ned and Felix that is presented as a “gay-sploitation” film from the ‘70s because this is Ryan Murphy we’re talking about.) There’s also remarkable detail on close-ups — particularly those symptomatic lesions — that reveal why the movie picked up an Emmy for its makeup.

The DTS-HD Master Audio 5.1 track is a similarly pleasant surprise in terms of how lively it is. The full breadth of the track is most apparent during any musical interlude, whether it’s a disco track or Simon and Garfunkel’s movie-closing “The Only Living Boy in New York.” There’s strong immersion throughout, with the rears helping make everything from the crashing waves of Fire Island’s beaches to Felix’s New York Times newsroom come to life. There’s even bits of subtle directionality — with the opening and closing of doors during the scene where Ned first visits Emma’s office — thrown in for good measure. Obviously, dialogue is king in The Normal Heart; here’s it’s presented clearly and balanced well against everything else that’s going on. (Which is much more than I expected.)

How to Start a War: (9:40) An otherwise standard behind-the-scenes featurette with cast and crew comments that is absolutely stolen by Kramer, who approves of the casting of Ruffalo (“He’s so cute!”) and owns his reputation as an “aggressive, obnoxious pain-in-the ass.” Not surprisingly, he strongly believes the fight depicted in the film continues to this day. Presented in HD.

Although its cast was totally shut out, The Normal Heart just won the Emmy for Outstanding Television Movie.

The film can sometimes feel as exhausting as I imagine the GMHC’s fight to spread their message was at the time. Still, Murphy has made a vibrant, powerful, well-acted drama that is likely to leave an impression.