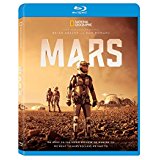 I was eight years old when Armstrong first stepped on the moon in July of 1969. Like every kid my age, it filled me with a feeling that I was lucky enough to get in on the ground floor of humanity’s grand exploration of space. By the time I was 15, we had landed the first probes on Mars. We were certainly on our way. The sky literally wasn’t the limit anymore. But then it all stopped. By the 80’s we had shifted our focus to low Earth orbit, and we haven’t explored the limits of space with a manned mission in nearly 50 years. Even the Space Shuttle is gone, and we don’t even have the capability to send Americans to the space station that we mostly paid for without hitching a ride with the Russians. And if you’ve been following world events at all, that ride isn’t a sure thing anymore. That 8-year-old with the mile-wide grin would never have believed we’d be so earthbound by the time he reached his mid-50’s. Along comes National Geographic with the new mini-series Mars. Is it enough to get today’s 8-year-old dreaming once again? I don’t know. But it provided enough to give the 8-year-old still here a little bit of hope mixed with more than a little what-might-have-been.

Mars is a six-part series that looks to be returning with more episodes in the future. The focus and drama of the first three episodes is found in the first manned mission to the Red Planet set in 2033. The crew of the Daedalus faces fierce challenges in order to establish a foothold on Mars. Each episode has several components that make it somewhat unique in its storytelling. While we witness the close calls and successes of the crew, we also learn more about the characters and the mission from flashbacks and pre-flight interviews that remind me a little of those “confessional” segments you find on the “reality” television shows. Here we also see the politics of the international crew and the agency that heads the mission. There are also documentary segments found throughout each episode. These bring us back to 2016 and cover the attempts by SpaceX to develop the technology to eventually make the 2033 drama a reality. There are interviews with scientists who talk about the real challenges in that kind of mission and how we are working to resolve them. Of course, many of these pieces deal with issues that the fictional crew encounters. It’s very much a standard documentary style during these segments.

By the fourth episode time in the future has accelerated, and eventually three ships end up landing on Mars. With additional personnel there are the obvious leadership struggles that play out between the characters. All of this plays out against a decision back on Earth to move ahead of schedule. By the end of the sixth episode there is a high cost and the very real possibility that the mission will be aborted and the exploration of Mars could fall to another 50 years of inactivity.

The cast and crew are as international as the mission being depicted. Ron Howard is the show’s executive producer, and one can’t help but recall his Apollo 13 film. From there the faces are a real example of diversity with many languages from French to Spanish to English spoken on the set and in the series. At the helm of the project is director Everardo Gout. This is his most ambitious project by far. He’s known mostly for shorts and guest-director roles on television shows. His inexperience might be an advantage for the production. It’s obvious he has few preconceived notions, so he fits quite naturally into the unique presentation. He gets the best out of his cast and crew, and the drama flows rather nicely. Pacing is very important to the narrative, and I always felt I was right there with the story.

Most of the cast is unknown to me, and I think that was intentional. It allows one to picture this Mars crew as the kind of folks who might actually make the trip. I found that even with all of the technology and f/x on the show, it’s the cast that makes this a very human and emotional story. Actress Jihae can take most of the credit for that. She plays twins on the series. Hana ends up becoming the commander of the base, while twin sister Joon ends up becoming a director of the space agency back on Earth. This was a pretty clever idea. We get to experience the isolation and separation of this kind of mission through the eyes of these close twins. Cosima Shaw plays Leslie Richardson, a scientist who arrives with her husband Paul (Light) who becomes obsessed with the hybrid plants he’s been sent to cultivate. Here’s where the power struggle starts that leads to some very serious consequences. Anamaria Marinca plays Marta, the exobiologist who has the task of trying to find traces of life on Mars. Sammi Rotibi plays Robert, the mechanical genius who has to keep everyone alive by keeping the equipment working through the harsh planetary conditions that include a months-long dust storm. All in all, it’s a very natural-feeling cast.

The show’s production design is what one can expect from National Geographic. The sets and f/x don’t necessarily go for the big bang effect but rather give us a pretty down-to-earth idea of what these ships and habitats might actually look like. It’s not hard to suck in that 8-year-old who expected to see the real thing long before now.

Each episode is presented in its original broadcast aspect ratio of 1.78:1. The 1080p image is arrived at with an AVC MPEG-4 codec. There are only three episodes per disc with all of the extras reserved for a third exclusive disc. That’s why we get strong bit rates and beautiful high-definition image presentations here. Some studios might have packed all of this onto a single disc, and the results would have been dramatically disappointing. Here we get as good as HD gets with nice color and particularly texture. It’s a sharp picture that acts more like a window on this mission than a broadcast. The documentary footage is what you would expect, and of course there are areas where the image is intentionally degraded because of the transmission conditions of that material. Black levels are solid. This couldn’t have looked even this good as a broadcast.

The DTS-HD Master Audio 5.1 is going to immerse you not so much in the largess of the presentation but the cramped and intimate close quarters of a ship, habitat, or even space suit. Dialog can certainly be heard, but it doesn’t carry strongly, just as it would not in reality.

All of the extras are found on their own third disc. Nothing gets crowded here, and a lot of bonus stuff gets included.

Making Mars: (47:17) Ron Howard leads this behind-the-scenes visit to the set. We get plenty of behind-the-scenes footage. There are clips and the expected cast and crew sound bites. There’s a fair amount of time spent talking about the space program from the days of Apollo and beyond. You get kind of a quick history of manned space flight.

Before Mars: A Prequel: (33:00) This is a short film that follows the twins in 2016 when they were still children. It involves the discovery of a short-wave radio and the first inspiration to travel in space. The short film also includes a two-minute making-of feature.

There is a series of multipart promo pieces that were aired on National Geographic to promote the series. They are broken up into several sections, each with individual segments. They are mostly clips from the documentary parts that focus on a brief subject:

Each has a play-all for that group.

Cast And Crew Interviews: (25:06) This is stuff that can be found throughout the other sections, for the most part.

There is enough optimism here to believe that we really are headed to Mars and beyond. They are certainly trying at SpaceX, and the series follows their failures and successes. It’s all leading to the terribly exciting question once lyrically posed by the late David Bowie: “Is there life on Mars?”

Gino Sassani is a member of the Southeastern Film Critic's Association (SEFCA). He is a film and television critic based in Tampa, Florida. He's also the Senior Editor here at Upcomingdiscs. Gino started reviewing films in the early 1990's as a segment of his local television show Focus. He's an award-winning recording artist for Omega Records. Gino is currently working on his 8th album Merchants & Mercenaries. Gino took over Upcomingdiscs Dec 1, 2008. He works out of a home theater he calls The Reel World. Favorite films: The Godfather, The Godfather Part II, The Body Snatcher (Val Lewton film with Karloff and Lugosi, not the pod people film), Unforgiven, Gladiator, The Lion King, Jaws, Son Of Frankenstein, The Good, The Bad And The Ugly, and Monsters, Inc.
Veep: The Complete Fifth Season (Blu-ray) The Lost City Of Z