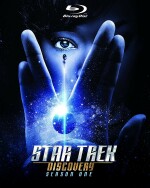 “Some say that in life, there are no second chances. Experience tells me that this is true. But we can only look forward. We have to be torchbearers, casting the light so we may see our path to lasting peace. We will continue exploring, discovering new worlds, new civilizations. Yes – that is the United Federation of Planets. Yes, that is Starfleet. Yes, that is who we are.  And who we will always be.”

I should confess from the beginning that I am a very dedicated Star Trek fan. I’m not a Trekkie or a Trekker, I’m a fan. I have often allowed my fan status to cause me to embrace the franchise even when it wasn’t necessarily so good. As a young 15-year-old kid I attended the first 10:00 AM showing of Star Trek: The Motion Picture with a handful of friends on the opening day. We stayed through six showings and left sometime after midnight the following day, occupying the front row center and subsisting off of the day’s more limited concession offerings. Basically candy, popcorn and soda. Little has changed except for the lack of responsibilities that would allow me to spend 14 hours watching a single film over and over again. I’m still reluctant to dismiss anything Star Trek, but that’s nearly what happened as I sat through the first five or six episodes of Star Trek: Discovery.

The series happens approximately a decade before James T. Kirk becomes captain of the Enterprise. That means the show exists in a world that should be somewhat familiar to me. It wasn’t. It’s hard to imagine that in just 10 years technology would take a significant step backward, and uniforms and ship designs would undergo such a drastic change. Oh, and that Starfleet Command would move from Paris to San Fran. But all of this is the work of Alex Kurtzman. And we all know that he has a superpower. He has the ability to take a beloved franchise and run it straight into the ground at warp speed. But why is he always messing with things that I love? His Dark Universe over at Universal destroyed the hopes of seeing so many of my favorite Universal classic monsters once again reunited on the big screen. Fortunately, he was fired from that task after the abysmal Tom Cruise The Mummy failed in every way a film could fail. Thanks for that, Alex. Now you won’t be happy until you kill Star Trek.

Discovery begins with a bit of a prologue where you have not yet boarded the titular starship. We’re introduced to a dynamic science officer named Michael Burnham, played by Sonequa Martin-Green. She is the adopted daughter of Sarek, which means she was a part of Spock’s family. One he neglected to mention throughout our journeys with him. Yes, in Star Trek V we were also introduced to an unmentioned sibling of Spock’s. We all know that worked out just fine, yeah? OK. Let’s forget her upbringing. She has been taken under the wing of Captain Georgiou, played with commanding presence by Michelle Yeoh. They have had a strong relationship for seven years while Burnham learned to embrace being human after growing up taught to be a Vulcan. But when their ship encounters a large rogue Klingon ship, that doesn’t stop her from being Starfleet’s first mutineer and pretty much starting a devastating war between the Klingons and the Federation. She’s convicted of mutiny and sentenced to life in prison. That might have been the end of her story. It’s not.

While being transferred to her prison, her ship suffers some problems, and it is rescued by Discovery. The ship’s enigmatic Captain Lorca (Isaacs) agrees to keep the prisoners until their shuttle can be repaired. But he decides that Burnham is valuable to the war effort and offers her a place on Discovery as a “specialist”. It turns out that Lorca has some big plans, and he expects Burnham to be a part of it. Some of those big plans involves a special drive that makes Discovery the most important ship in the fleet. They’ve discovered a kind of spore that when it reacts to a compatible sentient being can allow the ship to vanish and reappear anywhere in known space in an instant. Of course, the Klingons really want that weapon.

Thus begins another issue I have with the new series. These Klingons are not anything like the race we’ve come to know. Yes, the look changed when the films began, but that was only an extension of something Roddenberry always wanted but didn’t have the budget for in a 1960’s television show. Our old buddy Alex tells us that the Klingons had never been fleshed out like this before. That’s because Alex likely never watched an episode of The Next Generation or Deep Space Nine where they developed an incredibly rich Klingon culture that brought the race quite alive and vivid for the fans. Of course this is the same Alex who says that Star Trek has never devoted a season to war before. That means he missed out on the long Borg war, the Dominion war, and the Xindi war that occupied the second full season of Enterprise. These statements in the extras lead me to believe Alex Kurtzman hasn’t watched a Star Trek episode from front to back in his life. These Klingons are too manufactured in both look and actions. They are far more one-dimensional than earlier versions have been.

There are excellent performances here. Green took a few episodes to grow on me. I think much of that involved the writing. She’s a dynamic performer and is capable of taking the show’s lead. It’s also a bit refreshing to find the stories from the point of view of someone other than command. She developed good chemistry with both Michelle Yeoh and Jason Isaacs. She was an interesting choice but ultimately a good one. The show’s cast is a ray of hope for the future of the series. Doug Jones has always been the great guy in the suit who could emote through layers of foam and latex. His performance in The Shape of Water was incredible. Here he is a bridge officer named Saru, who is a new alien race to the franchise. His are a people once raised as cattle and have an extra sense of danger. Jones brings the character to life better than anyone else could have done. Whatever mistakes Alex is making, there is a good casting outfit involved with the show.

The season does end up with a very compelling story arc at its midpoint. The crew end up in the Mirror Universe where the show gets very interesting. There are clever plot lines and some truly remarkable twists. For about 3-4 episodes I almost forgot all of the tech issues I have. The span of episodes gives me hope. There are some good writers here, and perhaps the show can eventually become something more like Star Trek. I’ll keep my fingers crossed.

Each episode is presented in its original streaming aspect ratio of 1.78:1. The 1080p image is arrived at with an AVC MPEG-4 codec. I was a little worried about the fact that this was a show intended to be viewed through an internet stream. What would it look like in HD on a nice television? Fortunately, it’s obvious that the people who shot the series kept all of these things in mind. The image is sharp and clean. Black levels are actually superior to most television titles. Colors reveal nice bright hues and textures.

The DTS-HD Master Audio 5.1 about what you would expect. It serves the dialog as its central purpose. There are some nice surrounds that deliver subtle TOS bridge sounds that pull you in a bit more to the Trek experience. Transporters and phasers provide great ear candy throughout.

The extras are found on all four discs. Be very careful. They tend to reveal spoilers from episodes found later in the set.

Deleted Scenes: These can be found on many of the episodes.
Discovering Discovery – The Concepts and Casting of Discovery: (16:40) Cast and crew give their input into designing and joining the new series. There’s a lot of time on the cast here, and it’s a great way to meet them.

Standing in the Shadows of Giants – Creating the Sound of Discovery: (8:07) A look at the music and how it works its way with the original themes written by Alexander Courage.

Creature Comforts: (15:55) Here we get a look at the makeup f/x people who also designed much of the Klingon armor.

Designing Discovery: (12:11) You get a look at the set construction and some time lapse on how it all came together.

Prop Me Up: (12:54) Here’s where Alex says you can’t have better technology than a decade later and goes on to show us how he did it anyway.

Feeding Frenzy: (6:42) A look at the exotic food prep for the show.

Star Trek: Discovery – The Voyage Of Season 1: (40:53) This is a nice feature that takes you through the season episode by episode and takes you behind the scenes.

It doesn’t surprise me that the series had a few false starts. Bryan Fuller left over creative differences, and it’s easy to see what they were. I would have much rather his vision had won out over Alex Kurtzman. I never dreamed I’d be wishing for the days of Rick Berman again. The season finale revealed one of the franchise’s worst-kept secrets, and there is hope for something better. The series may “require seasoning”.

Gino Sassani is a member of the Southeastern Film Critic's Association (SEFCA). He is a film and television critic based in Tampa, Florida. He's also the Senior Editor here at Upcomingdiscs. Gino started reviewing films in the early 1990's as a segment of his local television show Focus. He's an award-winning recording artist for Omega Records. Gino is currently working on his 8th album Merchants & Mercenaries. Gino took over Upcomingdiscs Dec 1, 2008. He works out of a home theater he calls The Reel World. Favorite films: The Godfather, The Godfather Part II, The Body Snatcher (Val Lewton film with Karloff and Lugosi, not the pod people film), Unforgiven, Gladiator, The Lion King, Jaws, Son Of Frankenstein, The Good, The Bad And The Ugly, and Monsters, Inc.
The Original Christmas Specials Collection (Blu-ray) Blindspotting (Blu-ray)