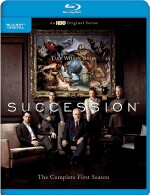 HBO’s fantastic and fiercely funny Succession is about a group of people who are great at being rich…and not much else. The show’s fictional Roy family controls the powerful conglomerate Waystar Royco, which bears more than a passing resemblance to the late Rupert Murdoch’s media and entertainment empire. The show would be entertaining enough if it merely lampooned the spoiled brats who stumble into becoming masters of the universe. But Succession goes to another level by wringing legitimately powerful family drama out of an objectively absurd and despicable cast of characters.

Logan Roy (Brian Cox) is the larger-than-life founder and current head of Waystar Royco, but his days on top of the world appear to be numbered. We meet Logan on the eve of his 80th birthday…and seemingly losing grip on his mental faculties. (The series opens with Logan relieving himself in a place that is not a toilet.) No one except Logan’s third wife Marcia (Hiam Abbass) is aware of his mental deterioration, but Logan is still widely expected to turn over the reins of his empire sooner rather than later.

“I can promise you that I am spiritually and emotionally and ethically and morally behind whoever wins.”

The most logical candidate is Kendall (Jeremy Strong), Logan’s oldest son from his second marriage who has been preparing for the promotion and is currently negotiating a big digital media purchase. Logan’s other children are Connor (Alan Ruck), the buffoonish eldest son from Logan’s first marriage; Siobhan (Sarah Snook), Logan’s lone daughter who goes by the appropriately sharp nickname “Shiv” but is pursuing a career outside of the family in politics. There’s also Roman (Kieran Culkin), Logan’s third and youngest son from his second marriage but too much of a jerky jokester to take seriously. The Roy family also includes Cousin Greg Hirsch (Nicholas Braun), the dim grandson of Logan’s brother who arrives looking for a job at Waystar Royco, and (soon) Tom Wamsgams (Matthew Macfadyen), a sociopathic suck-up at Waystar Royco who is also Shiv’s fiance.

Logan stuns his family with a surprise announcement at his 80th birthday party, and the future of Waystar Royco is thrown into disarray after a medical emergency. The fact that everything I’ve described so far happens in the pilot is why the show’s overstuffed first episode (“Celebration”) is probably its weakest installment.

Succession is created by Jesse Armstrong, who previously made a profane mockery of the powerful and elite ruling classes with his work on HBO’s Veep. That political comedy is actually a great comp for Succession beyond the fact that both shows feature some of the most savage and hyperliterate string of cursing you’ll find on television. I didn’t totally warm to Veep until season 3, when I’d spent enough time with the boorish buffoons to appreciate their unique quirks and the endearing dynamics among the ensemble. The upside of all the twists and turns in the first few episodes of Succession is that it didn’t take me nearly as long to warm up to this crew.

In fact, by the time Kendall begins executing his vote of no confidence in the staggering sixth episode (“Which Side Are You On?”), I was all in on the family drama. That episode kicked off a spectacular run that includes an ill-fated family therapy session in New Mexico (Ep. 7/ “Austerlitz”), a Hall of Fame bachelor party for Tom (Ep. 8/“Prague”), and a two-part trip to England for Tom and Shiv’s nuptials (Ep. 9-10/“Pre-Nuptial”-“No One is Ever Missing”). They are each among the strongest hours of television I’ve seen this year.

Succession also includes Adam McKay among its executive producers; the filmmaker directed the pilot and established the show’s strong, cinema verite style. (See more in Video section.) The cast is led by Cox, and it’s no coincidence that the show gets stronger as old lion Logan roars back to life. That being said, there are too many terrific performances to count. Strong, in particular, creates a complex character out of Kendall, who is ruled by insecurity but desperately projects himself as a cocksure businessman. His best work comes during a dramatic season finale sequence that is followed by a cathartic father-son face off with Logan.

Snook is a strong runner-up for strongest performer; Shiv is clearly the most capable among the Roy children of running Logan’s company…so, naturally, she wants no part of the family business. (Her extreme flirtation with a political strategist helpfully reminds us that she’s not infallible.) The comedy MVPs are Culkin (charming even as he says and does disgusting things simply because he loves being rich so damn much; it’s infectious), Ruck (who is unleashed in Ep. 4/“Sad Sack Wasp Trap” as the clownish, delusional Connor is tasked with planning a gala) and the comedy team of Cousin Greg and Tom, who is more than a little annoyed that Cousin Greg is actually (if distantly) related to the Roys instead of having to marry into them. There are also great performances along the fringes, such as J. Smith Cameron’s work as Gerri Killman, the general counsel for Waystar Royco who knows where all the bodies are buried, and Harriet Walter’s sharp-tongued work in the finale as Kendall, Shiv and Roman’s mother, who demands a bit of the spotlight on her daughter’s wedding day.

While the show finishes with an excellent flourish, it still feels overstuffed. Rob Yang plays Lawrence Yee (and is billed as a series regular), and his tech industry character is set up as a major threat to the Waystar Royco status quo. So it’s a little surprising that he drops off the face of the earth after Ep. 6. Then again, that storyline took us further away from the grandiose Roy family drama, which manages to be both Shakespearean in scale and completely relatable. After all, who doesn’t care about being their dear old dad’s “number one boy”?

Succession: The Complete First Season is presented in its original aspect ratio of 1.78:1. The 1080p image is arrived at with an AVC MPEG-4 codec at an average of 20 mbps. Executive producer Adam McKay directed the show’s pilot and established the same down-and-dirty, docudrama-style presentation he utilized in The Big Short. Succession is shot on film, so what the image might lack in sparkling fine detail it more than makes up for in tremendous texture. The show’s palette has a generally bloodless quality to it, whether the action is taking place in a pressure-packed boardroom or any of the Roys’ luxurious properties. The great news is that black levels here are inky and offer fantastic separation, which comes in especially handy during Kendall’s climactic ordeal in the season finale. The Roys spend most of their time hanging out in places us mere mortals will never have access to, but the show’s grittier filmmaking style make all the fancy furnishings feel tangible…and more than a little gross.

The DTS-HD Master Audio 5.1 track is here to serve creator Jesse Armstrong and Co’s savage dialogue. That being said, this track does find other places to subtly shine. The show’s excellent and earworm-y hip hop-tinged theme song also recurs throughout each episode and gives the subwoofer an opportunity to flex its muscles. There’s also great directionality and balance on display in Ep. 8/“Prague,” which takes many of the cast to Tom’s bachelor party in an ultra-exclusive and disgustingly trendy underground venue. Much like the show as a whole, the episode features a lot of characters in one place and a lot of noise, but the track manages to balance it all expertly.

Succession Wedding Featurette: (8:29) Cast and crew trekked to the U.K. to film Tom and Shiv’s season finale wedding. This featurette focuses on both the production side of things (filming in a magnificent castle, the design of Shiv’s dress) and the episode’s storyline implications as all the major characters come together in one place (and the Roy siblings have a rare family bonding moment). Presented in HD.

Succession: The Complete First Season features all 10 episodes on three discs. The lone special feature can be found on Disc 3. I’m a little disappointed at the relative lack of bonus material for such a great show. (We don’t even get the “Inside the Episodes” segments that accompany each episode on HBO.)

Succession is both one of the best dramas and one of the best comedies of 2018. This Blu-ray set is pretty underwhelming, but I was glad to have a reason to revisit one of my favorite shows of the year.